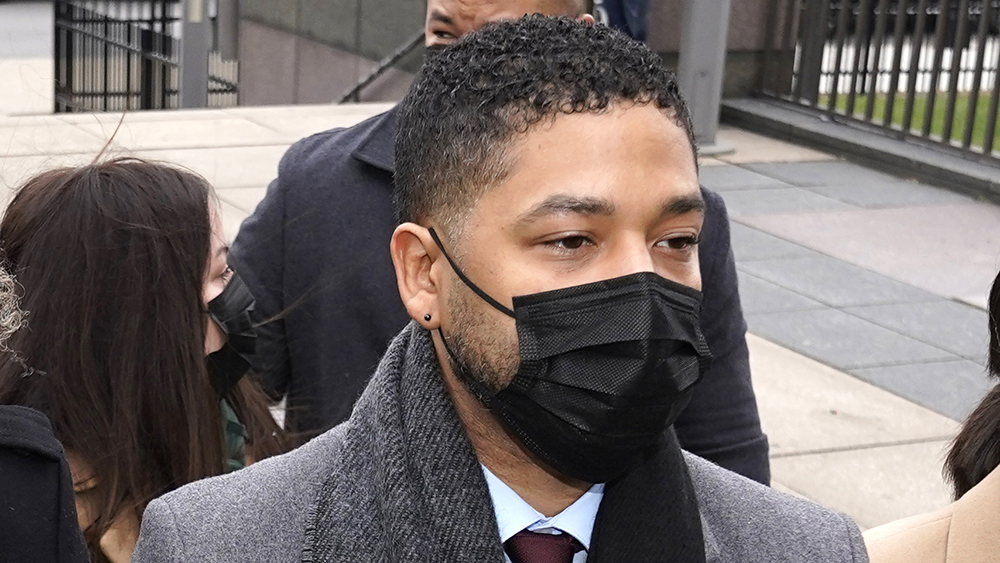 UPDATED: Jussie Smollett, the former star of “Empire” who ignited a firestorm in 2019 when he claimed to be the victim of a homophobic and racist assault, was convicted on Thursday of five counts of lying to the police about the incident. He was acquitted on a sixth charge.

Smollett faced six counts of “disorderly conduct,” a Class 4 felony in Illinois — a relatively minor offense. The charges carry a potential maximum sentence of three years in prison, but are more likely to result in a sentence of probation.

Dan Webb, the special prosecutor who tried the case, said the verdict was a “complete vindication” for the Chicago Police Department. He said that Smollett’s false report had harmed the city, and argued that Smollett had compounded his misconduct by lying on the witness stand. He said he would raise that point at sentencing.

“Defendants do not have the right to go in front of a jury and lie under oath,” Webb said. “I was very proud this jury came to the conclusion he was guilty.”

Smollett’s attorney Nenye Uche told the Associated Press that Smollett would appeal the conviction and is committed to clearing his name.

“Unfortunately we were facing an uphill battle where Jussie was already tried and convicted in the media and then we had to somehow get the jury to forget or unsee all the news stories that they had been hearing that were negative for the last three years,” Uche told reporters.

Megan Crepeau of the Chicago Tribune and Charlie De Mar of CBS Chicago tweeted the verdicts live. The five guilty verdicts pertained to statements Smollett made to the police the day of the alleged assault, while the sixth count pertained to a police interview two weeks later. No sentencing date was set, and Smollett remains free on bond.

The jury began deliberating on Wednesday and reached its verdict late Thursday afternoon. The deliberations lasted a total of nine hours.

Smollett told Chicago police on Jan. 29, 2019, that he was attacked by two men in the street, who yelled slurs at him, put a noose around his neck and said, “This is MAGA country.” The police aggressively investigated the case, only to announce three weeks later that it was a hoax, and that Smollett had paid $3,500 to two men — Abimbola and Olabinjo Osundairo — to stage the attack.

Both brothers testified at the trial, telling jurors that Smollett had taken them on a “dry run,” given them money to buy supplies, and told them to hit him but “not too hard.”

Smollett, however, has continued to maintain his innocence. He testified in his own defense on Monday and Tuesday, saying that the Osundairo brothers are liars and that he really was assaulted.

“There was no hoax,” Smollett testified.

The case touched a nerve across the country, coming at the height of Trump-era cultural conflict and combining elements of celebrity, race, sexual orientation, violence and fraud. The case also became a scandal within Chicago politics, as State’s Attorney Kim Foxx faced questions about why her office initially dropped the charges in what appeared to be a sweetheart deal. A special counsel investigation found her office committed “substantial abuses of discretion” in its handling of the case.

The charges were reinstated after a retired judge filed a petition seeing the appointment of a special prosecutor. Webb, a former U.S. attorney in Chicago, was appointed to take over the case, and he obtained an indictment in February 2020. Smollett’s attorneys argued that the new charges violated the principle of double jeopardy, but Judge James Linn denied their motions to have the charges thrown out.

Smollett was written off of “Empire” in the wake of the incident, and testified that his career had been damaged.

“I’ve lost my livelihood,” he said on the stand.

Here is a new way you can watch local news, 24 hours a day, seven days a week – for free!  NBC 5 has launched NBC Chicago News on Peacock. Here, you will see around-the-clock local news coverage. … END_OF_DOCUMENT_TOKEN_TO_BE_REPLACED

Proper Rate, the joint venture by Guaranteed Rate and @properties, has named Rich Honquest as a new vice president of mortgage lending. In the position, Honquest will be originating loans in the … END_OF_DOCUMENT_TOKEN_TO_BE_REPLACED

Tuition for out-of-state and international freshmen will increase by 2.5% in Urbana-Champaign, 1.8% in Chicago and 1.5% in Springfield. Tuition at U of I was previously frozen from 2015-2019 and in … END_OF_DOCUMENT_TOKEN_TO_BE_REPLACED