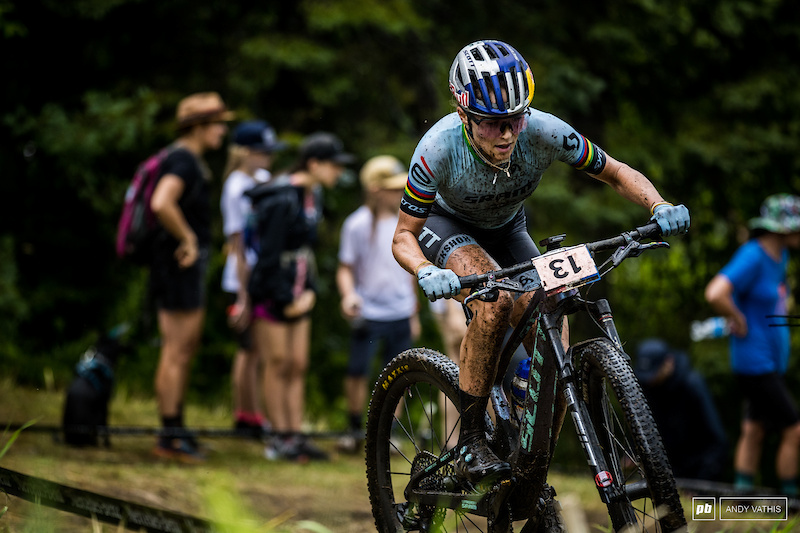 Following the thrilling racing at Mont-Sainte-Anne last weekend, the UCI has issued a fine to Kate Courtney for having a wheel ahead of the start line.

The news follows the previous round in Snowshoe where the UCI found 11 riders to have been ahead of the start line across the XCC and XC races. In this instance, the large group of riders that included Courtney were given warnings. It now appears that Kate Courtney has been caught out again, with the UCI issuing her with a fine.

Kate was not the only rider to have been found ahead of the start line in Canada, as Oleksandr Hudyma was given a warning for the same rule breach in the U23 Men’s race. Oleksandr was not in the group of 11 riders warned after Snowshoe.

When we looked into the rules after Snowshoe, we were unsure what the escalation would be for the 11 riders caught at the previous round and whether another offence for the same breach would carry a fine. With Kate being punished with a fine in Mont-Sainte-Anne, this has now become clearer. We believe from looking at the rules that a wheel ahead of the start line would fall under a “rider failing to respect the rules for the start” which carries a 100CHF fine.
>>>#ad: Don't Miss Today's BEST Amazon Deals!
Originally Appeared Here