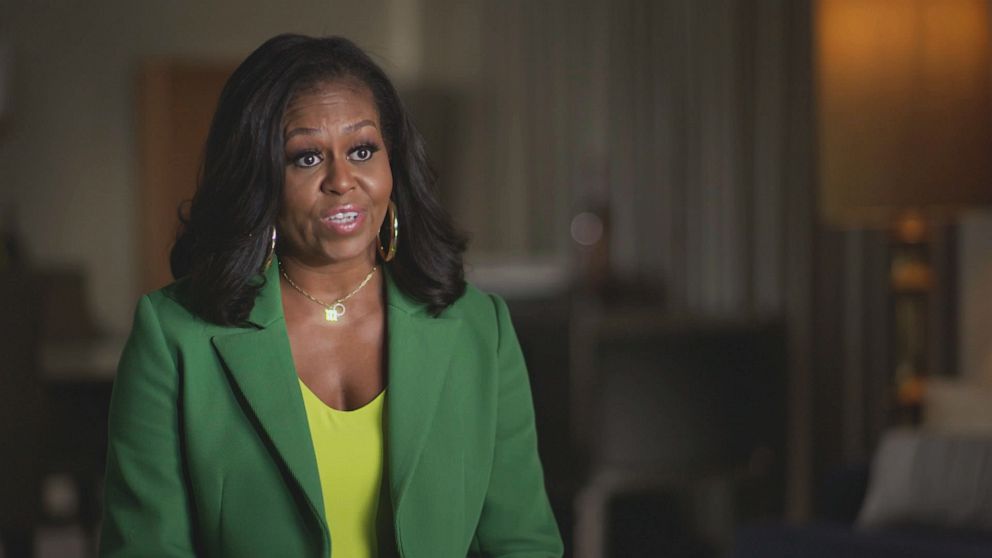 Mamie Till-Mobley, the mother of Emmett Till, wrote in her memoir, the “Death of Innocence: The Story of the Hate Crime that Changed America,” that she had heard more than 200,000 Black people had moved to Chicago as a part of the Great Migration, including her own family. She went on to describe her mother’s home the “the Ellis Island of Chicago” for Black people from Mississippi.

“Emmett’s grandmother, Alma Spearman, was instrumental in moving many of our family members from the South to the Chicago area,” Ollie Gordon, one of Till’s cousins, told ABC News.

Those roots — and how her background shaped Mamie Till-Mobley as a young single mother into civil rights icon — are explored in the first episode of the three-part documentary series, “Let the World See,” which examines the impact of Till-Mobley’s fight to bring her son back to Chicago and seek justice for his murder. The weekly episodes begin Thursday, Jan. 6.

The extended family of Mamie Till-Mobley shown in a photo from 1932. Till-Mobley is on the far left in the first row.

Like Till-Mobley, former first lady Michelle Obama also was a child of the Great Migration.

“For me, both on my mother’s side and father’s side of the family, folks came from the South,” she said in an interview for “Let the World See.” “They moved like most Black folks from the South moved — for opportunity and for safety.”

The former first lady discussed her experiences growing up in Chicago.

“My family was like most Black families during that time — we all lived around each other,” Obama added. “My mother’s side of the family, we lived with one of my great-aunts, my grandfather’s sister. So we lived on one block, and around the corner lived my maternal grandmother, along with another sister, and around the corner from them lived my maternal grandfather.”

“There was a freedom and an openness and just sort of a sense of community that we all tried to replicate in Chicago, but you understood when you were in the South, that that’s where it all came from,” she added.

Emmett Till, who grew up in that familial environment in Chicago, was killed in Mississippi at the age of 14 while visiting family in 1955. He was accused of whistling at and making sexual advances towards Carolyn Bryant, a white woman who later remarried and is now known as Carolyn Bryant Donham.

Till was kidnapped, and his badly beaten body was found in the Tallahatchie River, with a cotton gin fan tied around his neck to weigh him down. Bryant’s then-husband, Roy Bryant, and his half-brother, J.W. Milam, were charged with Till’s murder, but they were acquitted by an all-white jury.

After being notified her son was kidnapped, Till-Mobley leaned on Chicago’s Black political infrastructure. She contacted newspapers like the Chicago Defender and the Chicago Tribune to prompt a search for her son, and a politically connected relative even got officials like Chicago Mayor Richard J. Daley involved.

“Politics was a thing everybody was engaged in. Chicago was a political animal. It was a force,” Obama said of the atmosphere at that time. “Your alderman represented your neighborhood — that represented you in the City Council. So you knew who your alderman was.”

“That was one of my first direct experiences with politics because my father was a precinct captain, and that meant that he worked in a ward for an alderman,” she added.

According to Ethan Michaeli, author of “The Defender: How the Legendary Black Newspaper Changed America,” Till-Mobley likely had a similar experience: “Mamie would have grown up in a community where she knew who the precinct captain was.”

After discovering her son had been killed, Till-Mobley pushed to have his body brought back to Chicago despite a Mississippi sheriff ordering Till’s body to be buried immediately in that state.

Till’s body finally arrived in Chicago, but his great-uncle had signed an agreement with Mississippi authorities that the casket would remain sealed. Till-Mobley demanded that it be opened so the world could see how her son was beaten before he was killed.

Images from Till’s funeral galvanized the nation and sparked a new phase of the Civil Rights movement.

Here is a new way you can watch local news, 24 hours a day, seven days a week – for free!  NBC 5 has launched NBC Chicago News on Peacock. Here, you will see around-the-clock local news coverage. … END_OF_DOCUMENT_TOKEN_TO_BE_REPLACED

Proper Rate, the joint venture by Guaranteed Rate and @properties, has named Rich Honquest as a new vice president of mortgage lending. In the position, Honquest will be originating loans in the … END_OF_DOCUMENT_TOKEN_TO_BE_REPLACED

Tuition for out-of-state and international freshmen will increase by 2.5% in Urbana-Champaign, 1.8% in Chicago and 1.5% in Springfield. Tuition at U of I was previously frozen from 2015-2019 and in … END_OF_DOCUMENT_TOKEN_TO_BE_REPLACED