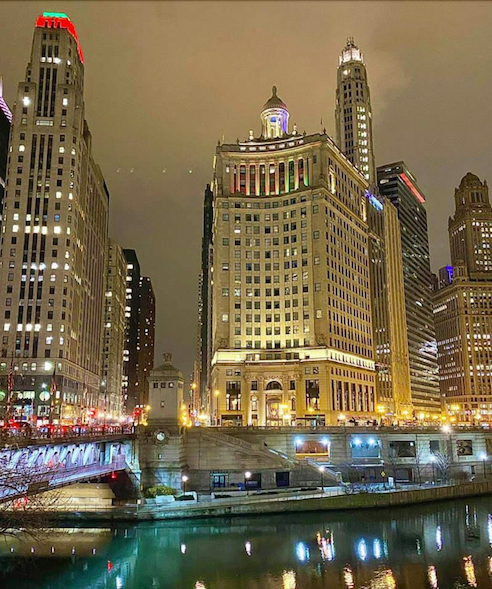 Former Illinois Governor Pat Quinn, a director of the governance reform nonprofit Take Charge Chicago, tells Wirepoints that another push for mayoral term limits in the city is in the works. City term limits are something current Mayor Lori Lightfoot backed as a candidate. But no official actions followed, such as a city council vote to put the matter before voters. Quinn says signature gatherers aiming to qualify a referendum for the November 2022 or February 2023 ballot were at the Christmas Market at Daley Center last December and they’ll be out in force this spring, summer, and fall at street fairs, farmer’s markets, and public parks. Quinn adds that if mayoral term limits – of two terms – make the ballot in Chicago and pass muster with voters, a follow-on term limits measure for aldermen would “no doubt” be in the offing.

Chicago voters need a chance to weigh in on term limits because their city is plagued by endemic government corruption often involving city officials who have long overstayed their welcome. The city’s intractable corruption destroys trust. And a public vote on term limits,  first for Chicago’s Mayor and later for the City Council, is the first spoonful of needed medicine.

Chicago’s new Inspector General Deborah Witzburg has accented the theme of public trust squandered by officialdom. She recently told the City Council that due to corruption, “The city…operates at a legitimacy deficit with its residents…People suffer from a sort of lack of confidence that the city of Chicago and its government are working in their best interests.” Witzburg is on point about that. There’s no “sort of” about it, though. Recently we wrote about Chicago’s intensifying corruption and noted that, “Nine of the nation’s ten biggest cities have term limits for the mayor or council or in most cases, both. Of those top cities Chicago is the outlier with no term limits at all.”

More than enough signatures were gathered by Take Back Chicago for a November 2018 mayoral term limits referendum but the binding measure got discarded before a public vote. The city’s elections board believed it violated the “single-subject” rule by also calling for a city consumer advocate, and because there were already the maximum number of allowed ballot measures scheduled, three.

Then-Mayor Rahm Emanuel’s City Council allies had placed the three advisory ballot measures before voters as a preemptive move. That activated a so-called “Rule of Three” under which the city has chosen to operate. It bars any more than the three voter measures on the ballot. Though the term limit vote was blocked, Emanuel subsequently decided not to run for a third term, anyway.

On the campaign trail in 2018 and early 2019 Lightfoot self-identified as a corruption-buster who would bring light to the darkness. Her corruption-fighting platform was resonant. Remember some of the key planks? True independent remapping of Chicago’s convoluted ward boundaries, without which decennial remapping remains an incumbent protection scheme. An end to letting the local alderman alone decide development proposals, a long-criticized practice called “aldermanic prerogative” on zoning, which begs shakedowns. And term limits for the Mayor and City Council, which she said she’d support. Yet it’s all just a dim echo without action.

There’s plenty of runway and a clear legal path for binding Chicago referendums on term limits, under Article 7, Section 6, paragraph F of the Illinois State Constitution. It states, “A home rule municipality shall have the power to provide for its officers, their manner of selection and terms of office only as approved by referendum or as otherwise authorized by law.”

So Lightfoot with Council approval of legislation could simply place mayoral term limits on the fall ballot as a good government measure. But her silence suggests the issue won’t formally resurface unless voters force the question. To the streets, then.

To qualify for the November 8, 2022 ballot in Chicago, signature-gatherers would have to submit a number of valid registered voter signatures equalling at least eight percent of Chicago votes cast in the last gubernatorial election – and do it by 92 days before the election. That would be Monday, August 8th. Or, Quinn notes, they could extend the signature gathering window to the end of November if they decide to aim for the late February 2023 city ballot when voters will also elect a mayor and aldermen in all 50 wards. A City Elections Board report shows 888,814 votes cast for Governor in Chicago in 2018, meaning at least 71,105 valid signatures would have to be gathered.

Quinn underscored the “one bite at a time” approach to term limits in Chicago,” saying “once the Mayor has term limits” a measure will be sure to follow for aldermanic term limits.

The ties between alleged and actual corruption with longevity in Chicago politics are clear. Many of the now-37 aldermen already convicted since the early 1970s  were long-time council members. And several Chicago aldermen currently charged in federal corruption cases have been on the council for decades.

Alderman Edward Burke faces 14 corruption-related charges including alleged racketeering, bribery, attempted extortion, and conspiracy. He has been on the council for more than 50 years. Alderman Carrie Austin, charged with bribery and lying to the FBI, has 28 years of council tenure. And former alderman Danny Solis, charged with bribery, held his office for 22 years.

You might hate term limits, but one can begin to see the case for at least letting voters decide. A clean sweep every eight years in a place like Chicago just makes sense.

As a mayoral candidate, Lightfoot certainly got it. In a pre-election interview at her law school alma mater The University of Chicago, Lightfoot in 2019 endorsed term limits for city elected officials. She endorsed limits of two terms for mayor; and term limits for aldermen, although she added that more than two terms might be a better fit for them.

So Witzburg’s broader concern about the city’s “legitimacy deficit” ring unmistakably true. But here’s the thing: how many more times will we have to hear a city Inspector General underscore the the cancer of Chicago’s political corruption, without systemic corrective action being taken by elected officials?

After all, Witzburg’s predecessor, Inspector General Joe Ferguson said in 2019 after Burke’s indictment – and as the city began the process of choosing a new mayor – to succeed Emanuel, “Chicago [is] at one of those paradigm-shifting moments. And its confluence with an election at a point in time that the city still has to grapple with significant fiscal issues because of a pension crisis both locally and at the state level, means that this corruption moment is one that actually could matter,” Ferguson says. “If the shift doesn’t come as a result of the election, I’m not sure what’s ever going to make it change.”

Note that Ferguson is talking not only about out-and-out “catch me if you can” bald-faced Chicago corruption of the sort that rankles. He’s also clearly accenting a less acknowledged form of corruption: the legal kind. Whereby elected officials over-promise on pensions and are reelected with generous campaign contributions from the public employee unions whose members benefit while taxpayers get left holding the bag.

So what happened after Ferguson’s crie de coeur?

Quinn says, “the ultimate reform against the abuse of power is term limits. It’s the ultimate campaign finance measure, especially nowadays. You get a certain amount of time in an office and then you must leave…that’s what we need in Illinois at the municipal level and the state level.”

If you live in Chicago be on the lookout for Take Back Chicago’s erstwhile signature gatherers this spring, summer, and fall. Especially in Millenium Park, and on its Great Lawn where outdoor concert crowds gather, says Quinn.

If Chicago is to tame its epic public corruption – and remember that only about one in ten white-collar thieves are actually caught, according to experts – all of these guys need to be sent packing after two terms in office.

Matt Rosenberg is senior editor of Wirepoints, and author of What Next, Chicago? Notes of a Pissed-Off Native Son.” He has worked in journalism, public policy, and communications for more than three decades.

SENECA, Ill. — 15 people were injured in a boat fire in Seneca on Saturday afternoon, with one person suffering serious injuries, police said. According to Illinois State Police, troopers responded … END_OF_DOCUMENT_TOKEN_TO_BE_REPLACED

Vallas was CEO of Chicago Public Schools from 1995 to 2001 and served as city budget director under former Mayor Richard M. Daley. More recently, he worked as an unpaid consultant to the Fraternal … END_OF_DOCUMENT_TOKEN_TO_BE_REPLACED

As we continue our look at the candidates running for office this summer, we’re turning our eye toward Illinois’ 2nd Congressional District, where incumbent Rep. Robin Kelly is hoping to be elected to … END_OF_DOCUMENT_TOKEN_TO_BE_REPLACED