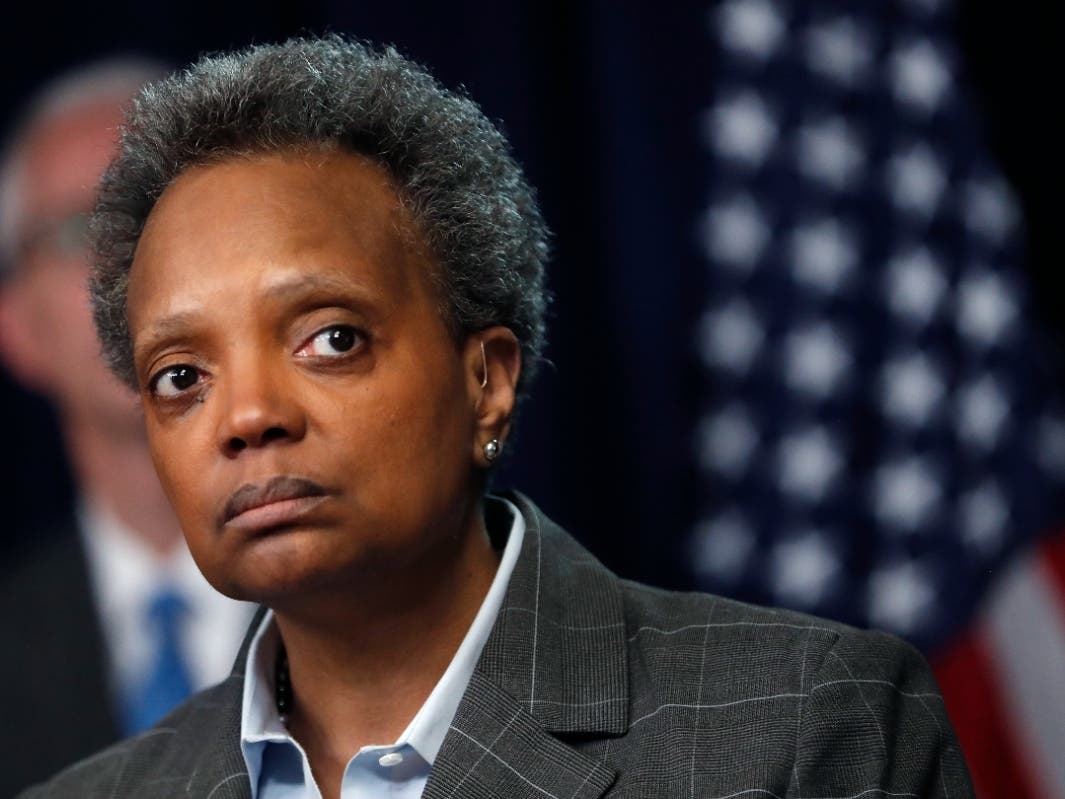 Well, sick about the state of home might be closer to the truth.

A month into a storytelling journey across America, I have tried to avoid getting worked up by the dark clouds hanging over Chicago this summer.

But it’s impossible to completely tune out the seasonal spike in bloodshed, another alderperson freshly indicted on federal corruption charges, and so much political theater over Mayor Lori Lightfoot’s unwillingness to play politics the “Chicago Way.”

Last summer, I asked Lightfoot if Chicago needed a boss who ruled with an iron fist like her immediate predecessors, former mayors Richard M. Daley and his protégé, Rahm Emanuel.

Maybe that’s true for idealistic, workaday Chicagoans, like me.

But what has become clear is that since Chicago’s mayor doesn’t want to be a boss, the status quo she fights against is hawking a political narrative that the city suffers for it.

News reporters, editorial writers and politicos cite clout-heavy insiders who have thrived under the thumb of City Hall monarchs to convince the masses that Lightfoot’s troubles have made the mayor’s office a “shadow of what it was.”

A Tribune editorial declared Chicago’s “irascible” mayor adds to the city’s problems. The editorial board blasted Lightfoot for being thin-skinned, defensive and short-tempered — “traits that interfere with advancing the goals of any politician, boss, CEO.”

There’s truth in that assessment. Lightfoot has made her fair share of mistakes, misspeaks and miscalculations. She can’t count on the support of Gov. J.B. Pritzker and suburbanite Democrats, House Speaker Emanuel “Chris” Welch and Senate President Don Harmon, to defer to her on Chicago-centric legislative issues.

The mayor’s unwillingness to play politics the “Chicago Way” — with an acceptable level of quid pro quo — has made her a target of contrarian ward bosses, just as Chicago’s first Black mayor, the late Harold Washington, and first woman mayor, the late Jane Byrne, once were.

As the city’s first openly gay mayor, Lightfoot has compared the parliamentary attacks against her to the racially charged attacks on Mayor Washington’s administration in the ’80s. The “Council Wars” coalition blocking Washington’s agenda was co-led by Ald. Ed Burke, Chicago’s longest-serving ward boss whom the feds indicted on corruption charges for allegedly shaking down the owner of a Burger King.

“Let’s face the facts here: this is political shenanigans, and you can figure out who is behind it,” Lightfoot said. “Burger King Ed is still alive and well, and he is messing around and trying to create chaos.”

You won’t find anyone on the City Council willing to admit to conspiring with Burke to weaken Lightfoot, who won election in part because of the Burger King owner shakedown’s connection to her opponent, Cook County Democratic Party Boss Toni Preckwinkle. (Preckwinkle was the beneficiary of $10,000 from the Burger King owner who told the feds he felt pressured by Burke to make the donation.)

But that doesn’t mean it’s not true.

When I was a young City Hall reporter in the late ’90s, Burke once told me the Council Wars taught him it’s better to destroy a rival with a “scalpel” rather than a sledgehammer.

From a distance, it seems to me, Lightfoot could be the victim of a surgically precise political attack from fellow Democrats who didn’t dare to challenge political appointments, meddle with police-misconduct court settlements and vote against the wishes of her mayoral predecessors.

Political strategists will tell you Lightfoot, who worked in the Daley and Emanuel administrations, made the tactical mistake by failing to centralize power through traditional means — the promise of favors and fear of retribution.

She hasn’t embraced patronage and political horse trading as a method to win voting loyalty from weak ward bosses accustomed to doing the mayor’s bidding in exchange for things like a new library or a little extra cash to install historic streetlamps.

Indeed, Lightfoot has tried to end the tradition of “aldermanic privilege” on local development decisions that led to former HDO chairman and former Ald. Danny Solis becoming an FBI mole, and the bribery-related indictments of Alds. Burke and Carrie Austin.

Both Burke and Austin, by the way, were hand-picked for powerful City Council posts by former mayors Richard M. Daley and Emanuel.

What has Lightfoot gotten for her effort to root out corruption in the dark corners of City Hall?

Last week, outspoken Lightfoot critic Ald. Raymond Lopez called an emergency City Council hearing to grill her top cop on plans to stem violence over the Fourth of July weekend — as if a public hearing on policing strategies in Chicago could ever save a life.

That’s not meant to diminish legitimate concern over the increase in shootings and murders in Chicago, and clear evidence of the ineffectiveness of police Superintendent David Brown’s leadership.

As I’ve said before, it might be time for Lightfoot to ask Brown to move back to Texas.

But there’s no doubt that Lopez’s City Council hearing was 100 percent political theater, aimed at showing that the mayor is too weak to stop ward bosses from manufacturing headlines that embarrass her.

While we don’t hear much about the City Council fighting to help neighborhoods besieged by violence with an influx of job-producing economic development, equitable health care and social services, the City Council has recently fought for symbolic victories.

The sort-of renaming of Lake Shore Drive, and an alderman’s meme-inspiring public shouting match with Lightfoot over a political appointment, top the list.

All of it gets cited as so-called evidence that Lightfoot’s weakness is proof that our “city that works” can’t effectively function without a big city boss pulling the levers on a political machine.

Already, political gossip newsletters are wet with leaks of the potential Lightfoot challengers in 2023 favored by “influential” insiders.

Each of them are loyalists to bosses who were either responsible for or did nothing to prevent the tale of two cities in Chicago — one for the rich and powerful, another for the poor and forsaken — that remains the heart of unrest in our city.

And Chicagoans are supposed to believe that’s the kind of leadership that will save us?

Mark Konkol, recipient of the 2011 Pulitzer Prize for local reporting, wrote and produced the Peabody Award-winning series, “Time: The Kalief Browder Story.” He was a producer, writer and narrator for the “Chicagoland” docu-series on CNN, and a consulting producer on the Showtime documentary, “16 Shots.”

A representative for Vistria declined to comment. Founded in 2013 and led by Marty Nesbitt and Kip Kirkpatrick, Vistria manages more than $8 billion in assets and invests across health care, education … END_OF_DOCUMENT_TOKEN_TO_BE_REPLACED