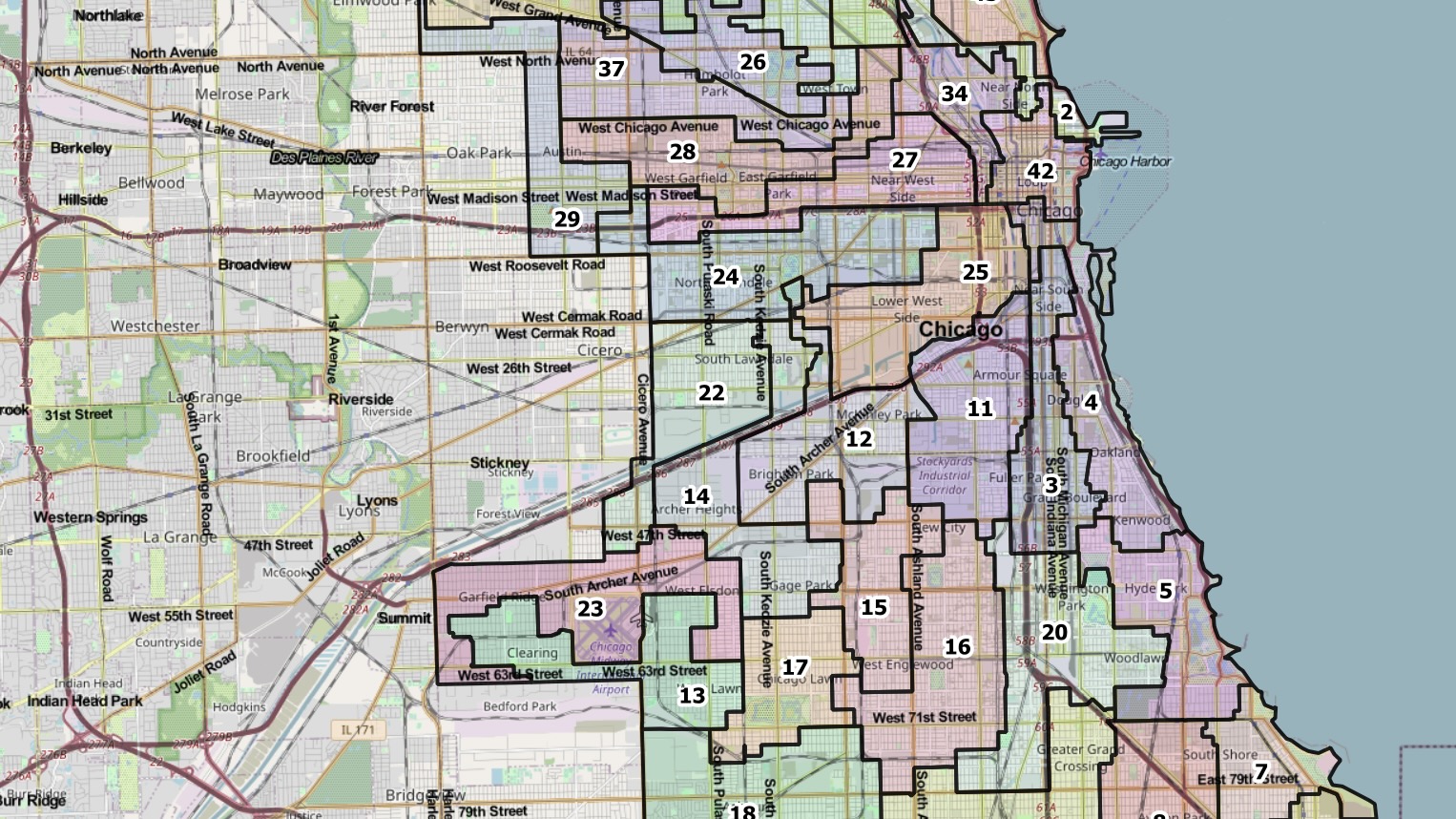 The racially polarized fight over the boundaries of the ward map that will shape Chicago politics for the next decade intensified Monday as the breach between Chicago City Council’s Black and Latino caucuses widened amid claims of “gaslighting” and backroom dealing.

The Chicago City Council has until Wednesday to approve a new ward map based on the results of the 2020 census. If 41 alderpeople do not agree on a map before midnight, the final decision could be made by voters for the first time in 30 years via a referendum.

The acrimony spilled into full public view Monday afternoon during a meeting of the Chicago City Council’s Rules Committee that was delayed for more than two hours as alderpeople attempted to revive closed-door negotiations that broke down over the weekend.

Rules Committee Chair Ald. Michelle Harris (8th Ward) did not unveil her proposal for the ward map, saying that she was waiting on members of the Latino Caucus to respond to her latest effort to broker a compromise.

Harris said that once the committee’s proposal was released, it would not be likely to change. That would seem to conflict with Mayor Lori Lightfoot’s demand, which she repeated on Monday, for alderpeople to allow members of the public to have a substantive chance to review a proposed ward map before a vote.

Harris’ statement brought a furious response from Ald. Gilbert Villegas (36th Ward), who accused Harris of pitting the Black and Latino caucuses against each other in the battle over the new ward map.

Villegas accused Harris of running the “least transparent” map making process anywhere in the state and poorly serving Chicagoans of all races and ethnicities.

However, Harris defended the process she has overseen as one that was designed to be respectful of all City Council members by not allowing one alderperson to claim part of the territory now represented by one of their colleagues without his or her permission.

Ald. Carlos Ramirez-Rosa (35th Ward) accused Harris of “gaslighting” the members of Latino Caucus by suggesting they refused to negotiate with their colleagues.

Instead, Ramirez-Rosa said it was Harris and Rules Committee lawyer Michael Kasper who told him and other members of the Latino Caucus told they could not submit proposals to include territory now in other wards — unless those census tracts were majority Latino.

“It hasn’t been a give and take, at least for me,” Sadlowski-Garza said.

After deferring to the City Council for months, Lightfoot said Monday at an unrelated news conference that she attempted to broker an agreement on a new ward map during negotiations during the Thanksgiving holiday weekend, but was unsuccessful.

“It is unfortunate that it is coming down to the last minute,” Lightfoot said. “There has to be transparency.”

Lightfoot declined to say how long the public should be given to review a proposed map or whether she would reject a map if it failed to meet that standard.

“The process has been very tough, there is a lot of emotions that have built up on all sides,” Lightfoot said. “I think people need to come to the table, play the long game and get something done. Whether the council is going to be able to get themselves organized in a way that makes it happen, I don’t know the answer to that.”

Here is a new way you can watch local news, 24 hours a day, seven days a week – for free!  NBC 5 has launched NBC Chicago News on Peacock. Here, you will see around-the-clock local news coverage. … END_OF_DOCUMENT_TOKEN_TO_BE_REPLACED

Proper Rate, the joint venture by Guaranteed Rate and @properties, has named Rich Honquest as a new vice president of mortgage lending. In the position, Honquest will be originating loans in the … END_OF_DOCUMENT_TOKEN_TO_BE_REPLACED

Tuition for out-of-state and international freshmen will increase by 2.5% in Urbana-Champaign, 1.8% in Chicago and 1.5% in Springfield. Tuition at U of I was previously frozen from 2015-2019 and in … END_OF_DOCUMENT_TOKEN_TO_BE_REPLACED