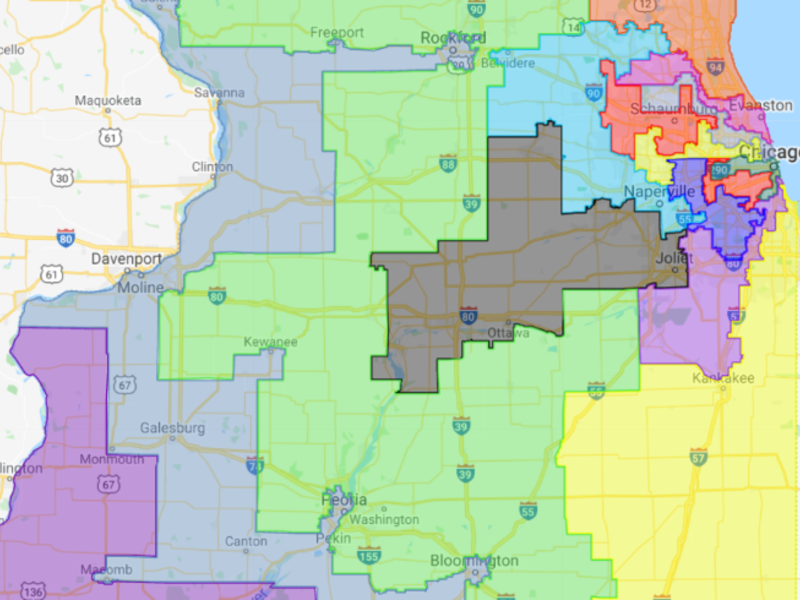 Under the plan, released late Saturday, the homes of GOP Reps. Adam Kinzinger and Darin LaHood would be in the same district, as would the homes of GOP Reps. Mike Bost and Mary Miller. The state’s fifth Republican incumbent, Rodney Davis, would be given a snakelike district of his own stretching from south of Bloomington northwest to the Wisconsin and Iowa borders, as was the case in the first version of the map proposed a week ago.

The fact that Democrats would seek to force Republicans to eat the loss of one seat due to the 2020 Census and give up control of another district is not news. The news is on the Democratic side, and it’s far from clear how the new proposal will be received.

Under the proposal, the homes of Democratic incumbent Marie Newman of Chicago and DuPage County resident Sean Casten would be put into a new district from the southwest suburbs northeast into central DuPage. Former Rep. Dan Lipinski, who has talked about running again, also reportedly lives in that district.

That clears the way for creation of a second, primarily Latino district on the North Side that has no incumbent. It wouldn’t be very Hispanic, only 47% in terms of population and 44% by voting population. But it would meet the demands of some Latino leaders.

That could work to the advantage of state Sen. Omar Aquino, D-Chicago, chairman of the Senate Redistricting Committee. He told WBEZ he’s considering running in the new 3rd District, which is colored orange and runs from the Humboldt Park area in the city west past O’Hare International Airport to heavily Latino area in DuPage.

“These new proposed congressional boundaries are historic and reflect the great diversity of our state,” Rep. Lisa Hernandez, D-Cicero, chair of the House Districting Committee, said in a statement. The proposed new Latino-influence district will “enhance minority representation,” she said.

The proposal does somewhat embellish the prospects of another Democratic incumbent, Rep. Lauren Underwood, who would get a better map than under the first proposal.

It’s far too soon to say how this will play out. None of those members of Congress had yet commented as of last night. But there could be a very negative reaction—unless the proposal is changed yet again. Under law, someone does not have to live in a district to run there. The only legal requirement is state residence.

The mapmakers said they expect a final vote later this week, when the Legislature reconvenes its fall veto session. A map requires the signature of Gov. J.B. Pritzker to become law.

Chicago Shooting News Live: A gunman on a rooftop opened fire on an Independence Day parade in suburban Chicago on Monday, killing at least six people, wounding at least 30 and sending hundreds of … END_OF_DOCUMENT_TOKEN_TO_BE_REPLACED

The real estate industry is beyond crowded — it seems like agents are popping up everywhere and taking aim at your clients. So, how can you cut through all that noise to stand out? You’ve got to … END_OF_DOCUMENT_TOKEN_TO_BE_REPLACED

Chicago Mayor Lori Lightfoot confirmed to the New York Times that the Chicago Police Department is assisting in the response and investigation.  “Law enforcement is working hard to bring the shooter … END_OF_DOCUMENT_TOKEN_TO_BE_REPLACED