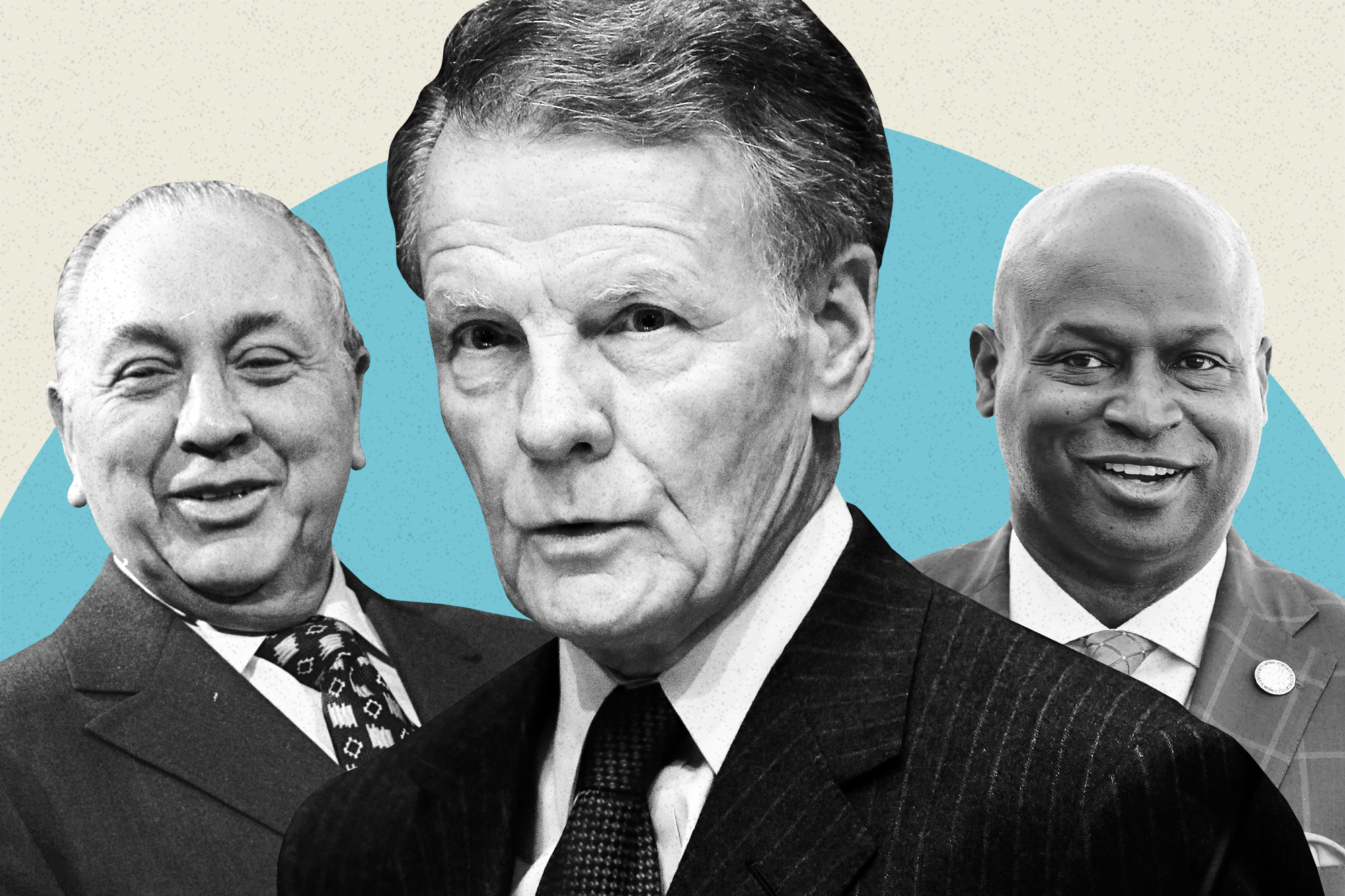 The public probably can’t separate myth from fact about Madigan, but most elected Democrats couldn’t really complain about his results in the General Assembly or at the ballot box. Then, after decades in power, the federal probe into Commonwealth Edison proved to be prime fodder last year for Republicans, who splashed the utility’s scandal across campaign ads — never forgetting to loosely pin the tale to Madigan.

Currie acknowledged that a federal probe into Commonwealth Edison admitting to bribery and influence peddling played a role in Madigan’s exit. He hasn’t been charged with wrongdoing but his associates have, and that hung over work in the Legislature and on the 2020 campaign trail. “There were people who stood by him who then said we can’t do that anymore,” Currie said.

After the 2020 election, where Republicans successfully beat back Betsy Dirksen Londrigan, a Madigan-supported Democratic candidate for Congress, and a progressive income tax ballot initiative that was supported by Gov. J.B. Pritzker, many Democrats sensed their moment to cut Madigan off. Pritzker, a Jewish liberal billionaire who had never held public office before and funded his own campaign, openly called on the speaker to address the “ethical cloud hanging over his head.” And Democratic Sen. Dick Durbin laid Londrigan’s loss at Madigan’s feet on local television. Before the end of November 2020, enough of Madigan’s caucus — the people with the power to take his gavel away — had deserted him, laying the groundwork for his departure the following February.

Stepping into the unknown

Those following in Madigan’s stead might appreciate his efficiency but want to be free of his baggage.

Welch, the new speaker, and Kelly, a freshly minted party chair, have so far promoted transparency and collaboration. They are encouraging more of their allies to be a part of decision-making and strategy, which, in government or politics, typically means more layers, more talk and more time. That has made the center of political gravity more decentralized.

State Rep. Deb Conroy, a Madigan critic who chaired the House Democratic Women’s Caucus and now is women’s caucus whip, said lawmakers are already crafting better policy in the wake of his departure.

A recent clean energy bill aimed at cutting carbon emissions passed after months of hand-wringing among environmentalists, labor unions, legislators and Commonwealth Edison, the utility whose pay-to-play scandal helped boot Madigan. Coal industry jobs were at stake, nuclear plants were threatening to close and Pritzker wanted a climate win. The process was messy — something Madigan wouldn’t have tolerated — and required lawmakers to hold a rare special session to pass it in September. Some legislators said the bill was stronger because of the more deliberative process, but some grumbled that the former speaker would have done it faster.

“That’s true,” Conroy said. “Everybody isn’t going to be happy when it’s good policy. When you strong-arm something through, there are more winners and losers, and you end up with 71 [votes] instead of the 83 who approved it with 13 Republican votes included. I don’t think that would have happened in the past.”

And when it comes to money, the Illinois Democratic Party has already been forced to diversify its political fundraising and how it supports politicians statewide — not just the state House candidates who were Madigan’s priority. It’s a change some loyal Democrats welcome: The party says it has attracted 350 new first-time contributors since Kelly became chair in September.

“As a donor, one of my fears is always that [politicians] are raising money just to raise money,” said Robert Clifford, a personal injury attorney and major donor to Illinois and national Democrats, including Obama and Hillary Clinton, who supports the new process. “It goes into a black hole versus really working for a candidate. When I’m writing a check for a candidate, I have a better chance of assessing that candidate versus donating to the bigger party.”

What happens to Madigan’s fingerprints on the Democratic get-out-the-vote operation, known as “the program,” may remain unclear until the election season is in high gear. Still, perhaps the biggest departure from Madigan’s path — in a state that has long eschewed term limits for mayors, legislators, and governors — is Welch’s interest in capping the speakership at 10 years.

But for all the change, former Democratic Gov. Pat Quinn, a proud Irishman who didn’t fall in line with Madigan or Richard M. Daley, still sees a fatal flaw: The state’s transactional politics aren’t going to change, he said — regardless of color — without new ways to hold politicians accountable. “We don’t have an initiative process where voters can put ethics measures on the ballot,” he said, pointing, as well, to a lack of conflict-of-interest laws that might prohibit lawmakers from voting on legislation they have a personal or financial interest in. “That’s the essence of machine politics.”

Illinois lawmakers recently passed a raft of ethics reforms in their 2021 session, including barring lawmakers from being employed as lobbyists in certain circumstances and requiring lawmakers to wait six months before becoming lobbyists if they leave before their term is up.

After all, while Madigan has relinquished his most prominent posts, he still sits on the Democratic State Central Committee, the political body that provides infrastructure and helps support candidates. And he remains the boss of Chicago’s 13th Ward, with a say over local political and judicial candidates, and the power to assign jobs and prioritize some city services.

And from Illinois House Minority Leader Jim Durkin’s vantage point, nothing has changed. Just look at the recent redistricting changes by Democrats, he said, where Democrats factored in a range of political calculations.

“Virtually every Democrat in the House — including Speaker Welch — at one time or another campaigned or listed on an editorial board questionnaire that politicians should be out of the business of drawing maps,” Durkin said in a phone interview. “But look at the legislative maps, Supreme Court redistricting map, and congressional map.”

The redistricting panel that recently drew up new political boundaries in Illinois were also veterans of the process — and former allies, attorneys and aides to Madigan.

“The Irish are gone but the machine is in full operation, and they’re running at full speed ahead,” Durkin said.

Democrats called the bill the largest investment in fighting climate change ever made in the US, and it’s projected to help cut greenhouse gas emissions by about 40% from 2005 levels by the end of the … END_OF_DOCUMENT_TOKEN_TO_BE_REPLACED