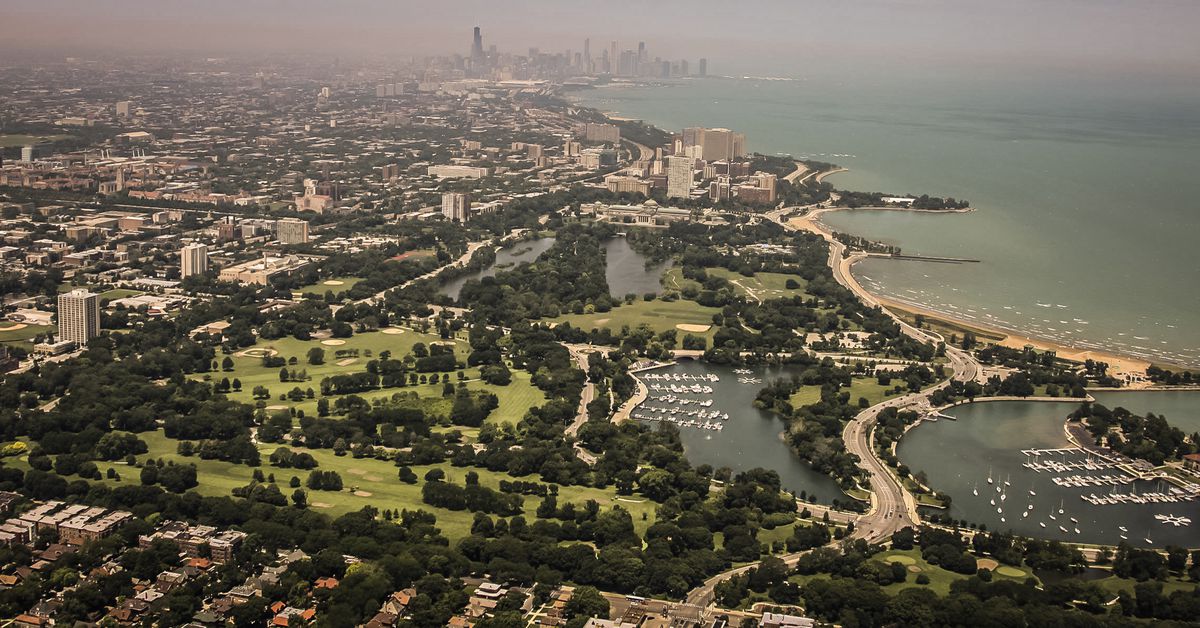 The Chicago Park District, with its abundance of park space and programming abilities, should be a well-run agency that provides respite, activities and benefits for residents — particularly during these tough times for Chicagoans.

But too often the district has fallen down on its duties, dating back to the horrible days of parks boss Ed Kelly, who spent the 1970s and 1980s delivering the spoils to parks in white communities at the expense of Black and Hispanic neighborhoods and was sued by the federal government because of it, to recently-resigned Supt. Mike Kelly, who had to walk the plank this month after doing next to nothing to address a lifeguard sexual abuse scandal at the district.

The city deserves better than this from its park district. And now with Kelly gone, the agency and Mayor Lori Lightfoot must find a superintendent who can turn the district into the proud agency its creators and designers intended more than a century ago.

We’re not talking just about properly maintaining and building beautiful park spaces, although that is needed. But also creating robust, visionary and community-focused programming and parks activities in every neighborhood.

As Friends of the Parks Executive Director Juanita Irizarry told us, the new leader must be “someone who can really see with a different set of eyes what is broken.”

The lifeguard sexual abuse scandal, currently under investigation by the Cook County state’s attorney, threw light on an appalling atmosphere in which district supervisors allegedly preyed upon the female lifeguards in their charge.

“The culture of sexual abuse, harassment and coercion that has become pervasive within the district’s Aquatics Department lifeguard program under his leadership, combined with the superintendent’s lack of urgency or accountability as new facts have come to light, is unacceptable,” Lightfoot said in a statement issued last week just before Kelly resigned.

But the matter also allegedly shows how old-school Chicago politics instinctively kicked into action to impede the initial investigation into the matter, with Kelly sitting on the complaint for months, then later forcing out the park district deputy inspector general in charge of the probe.

Kelly now is being held accountable as he should be, but he didn’t act alone. All this tells us the park district needs a house-cleaning from top to bottom, and a new leader with the power to do it — while making sure the agency cooperates fully with the investigation.

The park district’s sloppiness, stonewalling and obfuscation of the scandal is a hallmark of how the district often does business in general, another reason why a proper fumigation is needed.

For instance, last year the agency changed the name of the West Side’s Douglas Park to Douglass Park, honoring orator and abolitionist Frederick Douglass. But in taking the vote, the district totally ignored the work of students from Village Leadership Academy, 800 S. Wells St., who had been petitioning the district since 2016 to rename the park.

The students weren’t allowed to speak at the park district board meeting or given any notice that the renaming would be on the agenda. Senseless, but typical.

And the district has generally supported a group’s $30 million plan to turn the Jackson Park and South Shore Cultural Center golf courses into a combined and upgraded Tiger Woods branded PGA level facility. But despite acres of public land at play, the park district has been stingy with key details about the proposal, including ways the agency would keep the course affordable for everyday golfers — and exactly how the new facility would be an economic boon for the nearby South Side neighborhoods, as promised.

This golf supercourse is a bad idea. And though the organization behind it is looking to raise the $30 million construction cost, combining the courses would require the construction of bridges and underpasses. This smacks of the $172 million state taxpayers quietly got saddled with to rework the roadways around the north end of Jackson Park to accommodate the Obama Presidential Center.

The park district’s next superintendent, given the charge of fairness, transparency and openness, should either hold public meetings fully explaining the golf course proposal or ditch the plan entirely and improve the existing courses in ways they’ve needed for decades.

The courses would bring greater enjoyment to ordinary Chicagoans, which beats catering to tournaments and golf pros.

The mayor’s office hasn’t stated how she will approach finding the next parks boss.

But late Wednesday she made a solid choice by picking as interim superintendent Rosa Escareno, the recently-retired commissioner of the city’s Department of Business Affairs and Consumer Protection. Escareno ran a tight shop at Business Affairs. At a minimum she can hold down the fort during the search for a permanent successor.

Finding that replacement won’t be an easy task nor should it be. And it shouldn’t be rushed.

We encourage Lightfoot to take her time and do it right. The pick is just that important.

CHICAGO (CBS) – It’s a special Thanksgiving morning in the loop. After two years, a Chicago tradition returns. The Chicago Thanksgiving Parade returns Thursday and will feature the traditional, large … END_OF_DOCUMENT_TOKEN_TO_BE_REPLACED