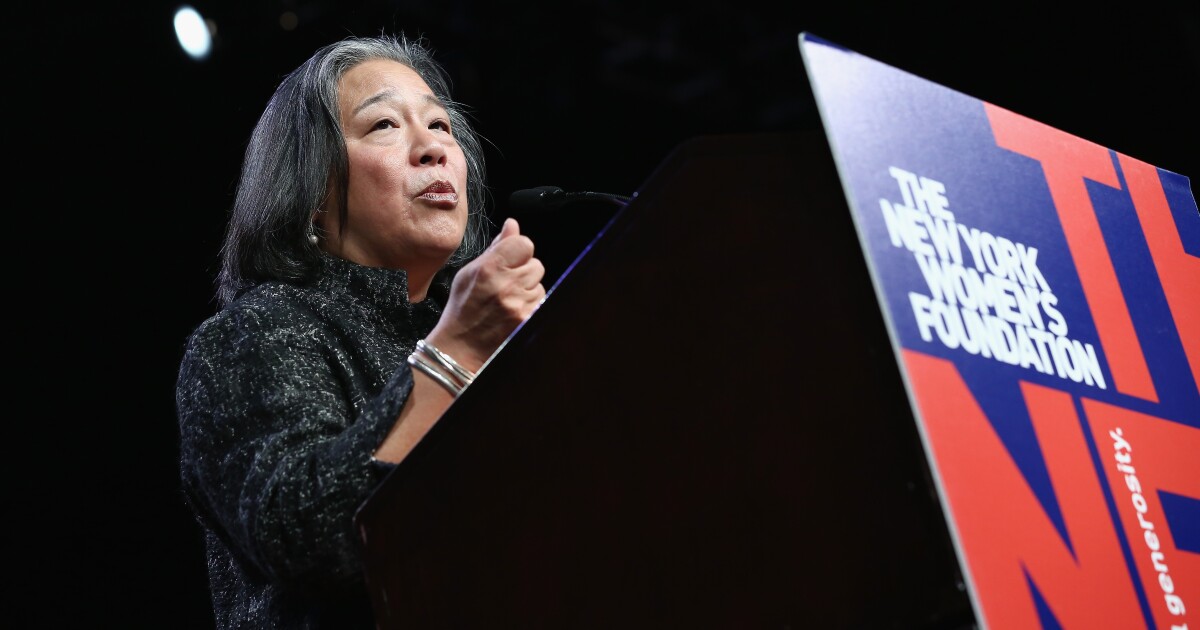 The nearly 4-year-old organization has been engulfed in crisis since earlier this month when the New York attorney general released a report detailing allegations of nearly a dozen women who accused the then-governor of harassment.

The report noted that Cuomo’s office had consulted with Time’s Up leaders earlier this year as Cuomo formulated his strategy to combat an accuser’s allegations.

Since then, some sexual assault survivors have blasted Time’s Up, saying the nonprofit has strayed from its original mission of promoting workplace safety and equality for all. Critics have questioned whether the Los Angeles-based coalition that began as a sisterhood of powerful Hollywood women can survive.

Time’s Up board members met Thursday afternoon in an emergency Zoom session, in which Tchen tendered her resignation.

“Now is the time for Time’s Up to evolve and move forward as there is so much more work to do for women,” Tchen wrote in her resignation statement posted on Twitter. “It is clear that I am not the leader who can accomplish that in this moment.”

There are no plans to hire a permanent chief executive until an outside consultant completes a review of the group’s internal controls and handling of the Cuomo matter, according to one knowledgeable insider not authorized to comment.

The Time’s Up board said in a statement that its acceptance of Tchen’s resignation “is a demonstration of accountability and will allow our organization to move forward.”

“Tina Tchen has dedicated her life to making workplaces fair and equitable for workers and safer for women. That is why we asked her to lead Time’s Up in the first place and why she has accomplished enormous changes in the two years she has served as our president,” the board said. “Tina has made a difference in the lives of so many and we are grateful for her hard work and impact.”

Tchen is a longtime corporate lawyer and former chief of staff for former First Lady Michelle Obama. She has long been active in Chicago politics and took over Time’s Up in late 2019 after its first chief executive, Lisa Borders, was forced to resign.

“Leading Time’s Up has been a hugely rewarding experience and we have accomplished much together that has made work better for women across the country,” Tchen wrote on Twitter.

“I am especially aware that my position at the helm of Time’s Up has become a painful and divisive focal point, where those very women and other activists who should be working together to fight for change are instead battling each other in harmful ways,” Tchen added.

Tchen stepped down in the wake of a Washington Post report that said she blocked the release of a statement in December in support of Lindsey Boylan, the first woman to come forward to accuse Cuomo of sexual harassment. The Post article contained text messages among top Time’s Up leaders as they debated whether to get involved.

The chair of Time’s Up at the time, Roberta Kaplan, had become the point person in communications with Cuomo’s office. Kaplan consulted with Tchen over Cuomo’s response strategy.

Kaplan resigned Aug. 9 after her involvement was revealed. Her private law firm also represents a key lieutenant of Cuomo’s.

“This group has to get rid of anyone who has ties to employers, enablers, excusers — or the harassers,” said Nancy Erika Smith, a New Jersey lawyer who represents victims. “If you can’t give up being friends with the very people who have protected this type of behavior forever, then you have no place on the board of Time’s Up.”

Former members of Time’s Up and some sexual abuse victims say the group has failed the women who needed its help the most and allowed itself to be corrupted by the very power it once pledged to harness. Survivors have complained that Time’s Up has lost sight of its core mission — to advocate for safe working spaces and survivors of sexual abuse.

“Time’s Up has prioritized its proximity to power over mission,” read a letter signed by more than 100 women earlier this month.

“People who have been abused feel so alone,” said Smith, the attorney. “And if you can’t trust Time’s Up, then who can you trust?”

CHICAGO (CBS) — We first told you about Sally’s Nuts one year ago; a beloved mother-daughter business that took off during the pandemic.It turns out they’re doing so well, they’re finally​ having … END_OF_DOCUMENT_TOKEN_TO_BE_REPLACED

“In this environment, having certainty of who your tenants are and the cash flow of those tenants is attractive. We believe in Restoration Hardware as a tenant,” said Alexi Panagiotakopoulos, … END_OF_DOCUMENT_TOKEN_TO_BE_REPLACED