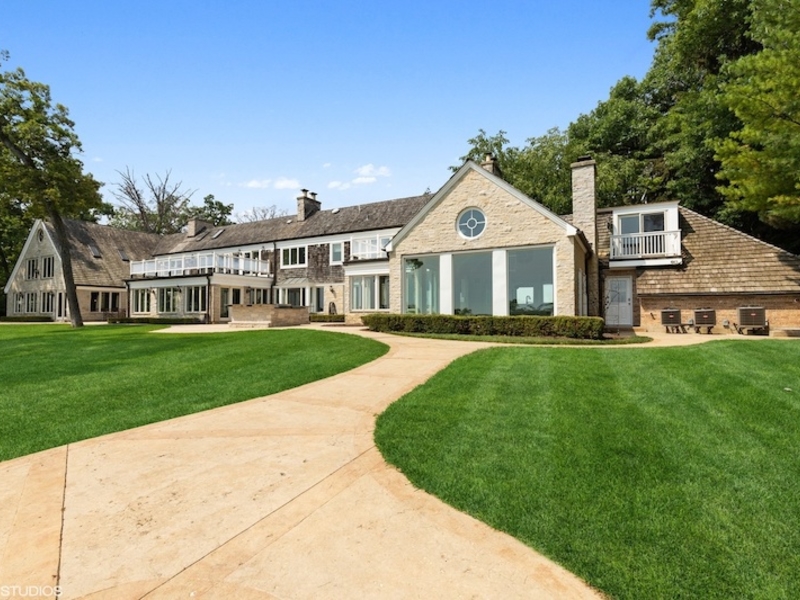 “When you look at the incredible wealth gains in the stock market, I’m not surprised to see such an uptick in the uber-luxury real estate arena,” @properties agent Debra Dobbs said in a text message. Dobbs represented the sellers of the year’s highest-priced home, a Lincoln Park mansion that went for almost $12.6 million this month.

Some people who’ve reaped big gains in the markets are “looking to diversify, and buying property feels like a good investment,” another @properties agent, Annika Valdiserri, said in a text message. She represented buyers who paid $9.45 million for a lakefront Kenilworth mansion in October.

Also contributing to the increased number of sales at $4 million and up: the growth in home prices. Some of the properties selling for $4 million or more in 2021 might have sold in the $3 millions seven years ago when Crain’s first started tracking sales at this level.

On the other hand, both Dobbs and Valdiserri said Chicago’s prices are bargains relative to some of the other places their high-net-worth clients might have invested.

“Chicago prices are still low compared to other cities,” Valdiserri texted. Dobbs concurred: Some of her recent buyers, she texted, “commented on the value of Chicago real estate compared to other markets, especially the cities from which they were moving.” Dobbs declined to identify those cities.

Like home buyers at all prices, the high-net-worth people buying at $4 million and up are trading up to homes that better suit their COVID-era lifestyle, whether that entails more rooms for working and schooling at home, a private beach or other desirables.

There’s “an ‘I don’t care what I have to spend to get the house I want’ mentality,” @properties agent Emily Sachs Wong said in a text message. She has participated in several the high-end purchases, including a transaction in October where she represented both the buyers and the sellers of a $6.6 million home on Orchard Street in Lincoln Park.

The list of upper-end sales in part bolsters the idea that despite a perception that crime has spun out of control in downtown neighborhoods, people continue to buy homes there. Of the 100 sales, 38 are in the downtown neighborhoods, an area Crain’s defined for this story as everything between North Avenue and Roosevelt Road north to south and Racine Avenue and Lake Michigan west to east.

Nineteen of those are in two new condo developments. In the St. Regis Tower on Wacker Drive, there are 10 sales between $4 million and $8.4 million, and at the redeveloped Tribune Tower on Michigan Avenue there are nine at $4 million to just over $8 million.

The all-prices market is also at a new high, surpassing the record year for local home sales, 2005, in mid-December. The year’s final total won’t be released by Illinois Realtors until mid-January.

Why is the $4 million figure significant? When Crain’s first compiled a list of the 50 highest-priced home sales in the metro area, in 2015, $4 million turned out to be the lowest rung on that list. In the years since, it has been mostly about the same:

The 2021 total is likely to increase by at least a couple of sales. Some agents don’t report all their sales for the month until the early part of the subsequent month. Crain’s usually closes this list in mid-January, to get them all.

Here is a new way you can watch local news, 24 hours a day, seven days a week – for free!  NBC 5 has launched NBC Chicago News on Peacock. Here, you will see around-the-clock local news coverage. … END_OF_DOCUMENT_TOKEN_TO_BE_REPLACED

Proper Rate, the joint venture by Guaranteed Rate and @properties, has named Rich Honquest as a new vice president of mortgage lending. In the position, Honquest will be originating loans in the … END_OF_DOCUMENT_TOKEN_TO_BE_REPLACED

Tuition for out-of-state and international freshmen will increase by 2.5% in Urbana-Champaign, 1.8% in Chicago and 1.5% in Springfield. Tuition at U of I was previously frozen from 2015-2019 and in … END_OF_DOCUMENT_TOKEN_TO_BE_REPLACED