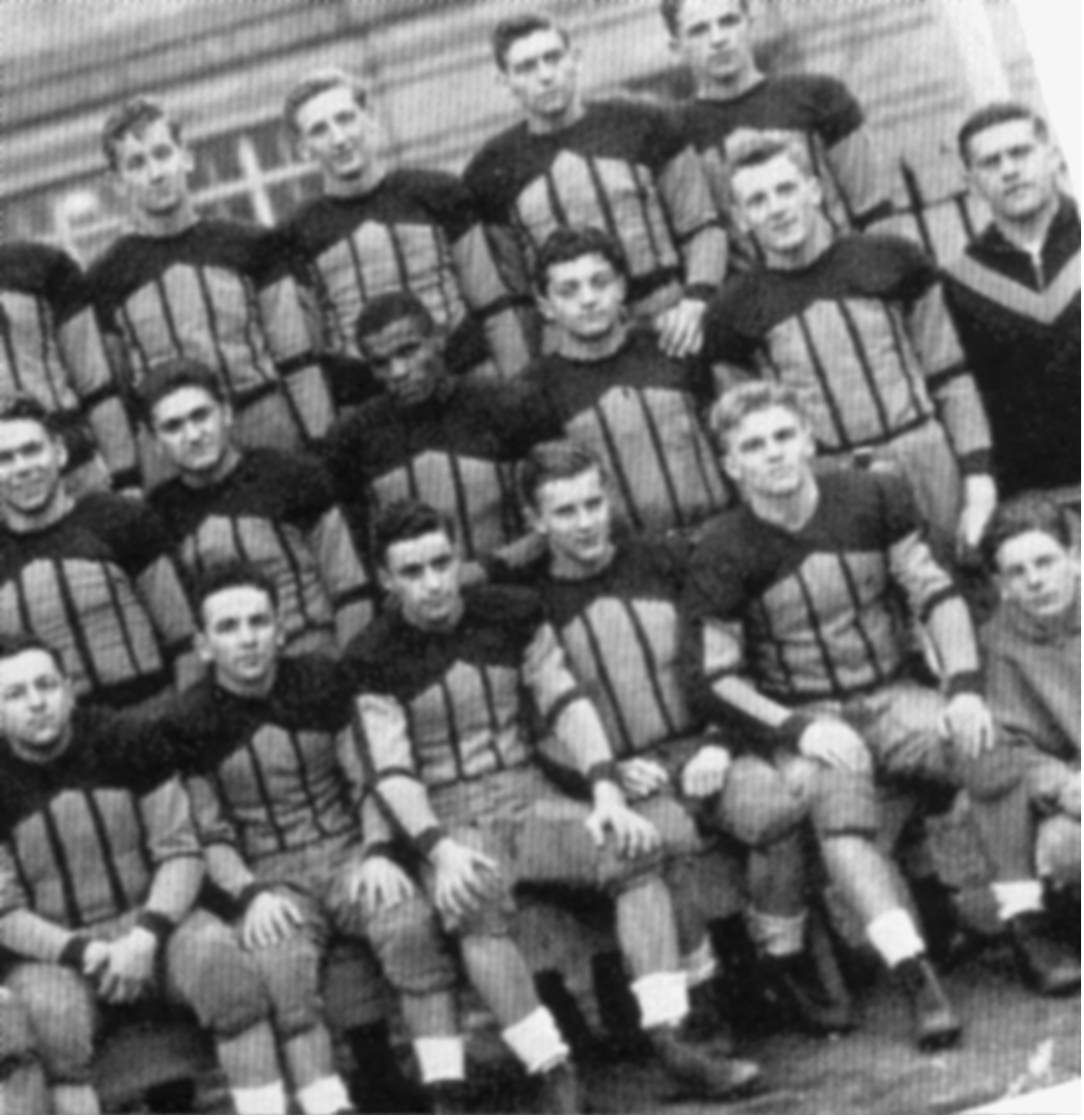 Growing up in Maywood, I would often hear stories told by older relatives about what many of the suburb’s old-timers recall as its halcyon days, ironically enough. After all, it was due, in part, to racist and anti-Semitic housing codes within mortgages, called restrictive covenants, which kept Black and Jewish families confined to a “colored neighborhood” in the village that spanned east from 10th to 14th avenues and north from Madison Street to St. Charles Road.

Despite its history of segregation, Maywood has been home to generations of prominent Blacks — from NBA player and coach Doc Rivers to Sheila Johnson, the cofounder of BET, and the famed chemist Percy Julian (before he moved to Oak Park).

“We could leave our doors open and get on the Aurora-Elgin train on 11th Avenue and nobody would do anything,” the late Northica Stone, the founder of the West Town Museum of Cultural History in Maywood, reminisced several years ago. “You could leave your clothes on the line and nobody would take them.”

My great-great grandparents, Charles and Novella Linyard, spawned one of the many “old time” Maywood families that traces its roots to that “colored neighborhood.” And I can recall my great-grandmother, the suburb’s first Black female village clerk, telling me stories of those segregated yet, in many ways, splendid days of camaraderie, community, communion and connection.

That’s true enough, but the revelry also worked to blunt the insidious nature of the racial segregation that proliferated across the country during that time and that is partially responsible for so much suffering today. And it also obscures the property covenant’s blatant white supremacist foundation.

One reason for the obfuscation may be the sophisticated explanations that whites used to justify the documents.

According to historian Wendy Plotkin, the Federation of Neighborhood Associations, an organization dedicated to creating and maintaining these covenants, punched back against claims that the covenants were the result of a conspiracy by whites to keep Blacks hemmed in and quarantined in inner-city ghettos and suburban “colored neighborhoods.”

“It is a bald insult to depict as ‘conspirators’ the thousands of Chicagoans who have entered into purely personal legal contracts in order to preserve their homes or to protect their investments,” the Federation members said in the 1940s.

“Race restrictive covenants do not segregate negroes. They segregate whites. These covenants do not connote prejudice,” they argued. “They have been signed by persons in industrial and professional life whose activities provide employment to thousands of negroes.”

The Federation, by the way, was “an umbrella organization whose executive committee included representatives of the Community Protective Club of Maywood.”

The following passage, pulled directly from a standard form restrictive covenant drafted for the Chicago Real Estate Board in 1927, reveals the truth buried by the Federation’s complicated obfuscation.

“The restriction that no part of said premises shall in any manner be used or occupied directly or indirectly by any negro or negroes, provided that this restriction shall not prevent the occupation, during the period of their employment, of janitors’ or chauffeurs’ quarters in the basement or in a barn or garage in the rear, or of servants’ quarters by negro janitors, chauffeurs or house servants, respectively, actually employed as such for service in and about the premises by the rightful owner or occupant of said premises.

“The restriction that no part of said premises shall be sold, given, conveyed or leased to any negro or negroes, and no permission or license to use or occupy any part thereof shall be given to any negro except house servants or janitors or chauffeurs employed thereon as aforesaid.”

The very language of these racist covenants tells us what they were really about. If the covenants were merely designed to “segregate whites,” they wouldn’t exempt Blacks from living with whites as janitors or chauffeurs or servants. In other words, Blacks and whites could live together, so long as Blacks were kept servile and inferior to whites.

I got a fresh perspective on this history after visiting Naper Settlement earlier this month. Now through Oct. 28, the outdoor history museum at 523 S. Webster in Naperville will host the onsite companion exhibit to “Unvarnished: Housing Discrimination in the Northern and Western United States.”

The free online exhibit, which you can visit at: unvarnishedhistory.org, examines the history of residential segregation in America by spotlighting six communities from California to Connecticut and placing them within a national context. One of those communities is Oak Park.

Naper Settlement is also hosting Deed Scrubbing Workshops through Oct. 27. Unbeknownst to many homeowners, racially restrictive language from decades ago still exists in many mortgage deeds. Effective Jan. 1, a new state law in Illinois allows homeowners to remove those racially or religiously restrictive covenants from their property deeds for a small fee, Naper Settlement reminds us.

Frank Lipo, executive director of the Historical Society of Oak Park-River Forest, and Sarah Doherty, an Oak Park resident and North Park University history professor who is also a Historical Society board member, spent the last four years working with their colleagues in other states to develop the “Unvarnished” website and associated professional development initiatives.

On Nov. 2, 7 p.m., at the Oak Park Public Library, 834 Lake St., Historical Society representatives will host a panel discussion about “Unvarnished” with their colleagues from Naper Settlement.

In addition, I urge you to visit “Open House: The Legacy of Fair Housing,” the ongoing exhibit at the Oak Park River Forest Museum, 129 Lake St. before it closes in mid-2023. Lipo said a traveling version, currently in the works, will succeed the permanent exhibition.

Mt. Carmel was the cornerstone of Oak Park’s Black community in the early 20th century until it was torn down in the 1930s to make way for economic development.

“I talked to several people who live in Maywood now, who say their grandfather and great-uncle came from that Mt. Carmel community to Maywood,” Lipo told me in a 2018 interview.

On Oct. 29, 10:30 a.m., 1100 Westgate in Oak Park, community members will dedicate a commemorative plaque marking the location of the church.

Pope was an Oak Park and River Forest High School football player who, in 1937, was prevented by Jim Crow laws from traveling with his team to play an exhibition game in Miami, Florida. Whites in the village were mostly mum but Percy Julian, then living in Maywood, wrote a letter to the local newspaper here that blasted racism and prejudice in Oak Park.

On Nov. 6, 2 p.m., at OPRF High School, 201 Scoville Ave., there will be a free dramatic reading of the Oak Park playwright Kevin Bry’s “The Ebony Streak,” which recalls the Pope story. This fall marks the 85th anniversary of the tragic episode.

This is dark and depressing history, but Lipo, Doherty and their fellow “Unvarnished” organizers have keenly shown us that this history can also be empowering, that we can use the past to inform our efforts to shape a better present.

Advocates staged a tent city in the lobby of City Hall during Mayor Lori Lightfoot's budget address on Monday, Oct. 3, 2022, calling on Chicago to provide a dedicated stream of funding to tackle the … END_OF_DOCUMENT_TOKEN_TO_BE_REPLACED

The candidates face off Dec. 6 in the final Senate contest of the 2022 midterms because neither surpassed 50% of the vote in the general election a little more than two weeks ago, which included a … END_OF_DOCUMENT_TOKEN_TO_BE_REPLACED