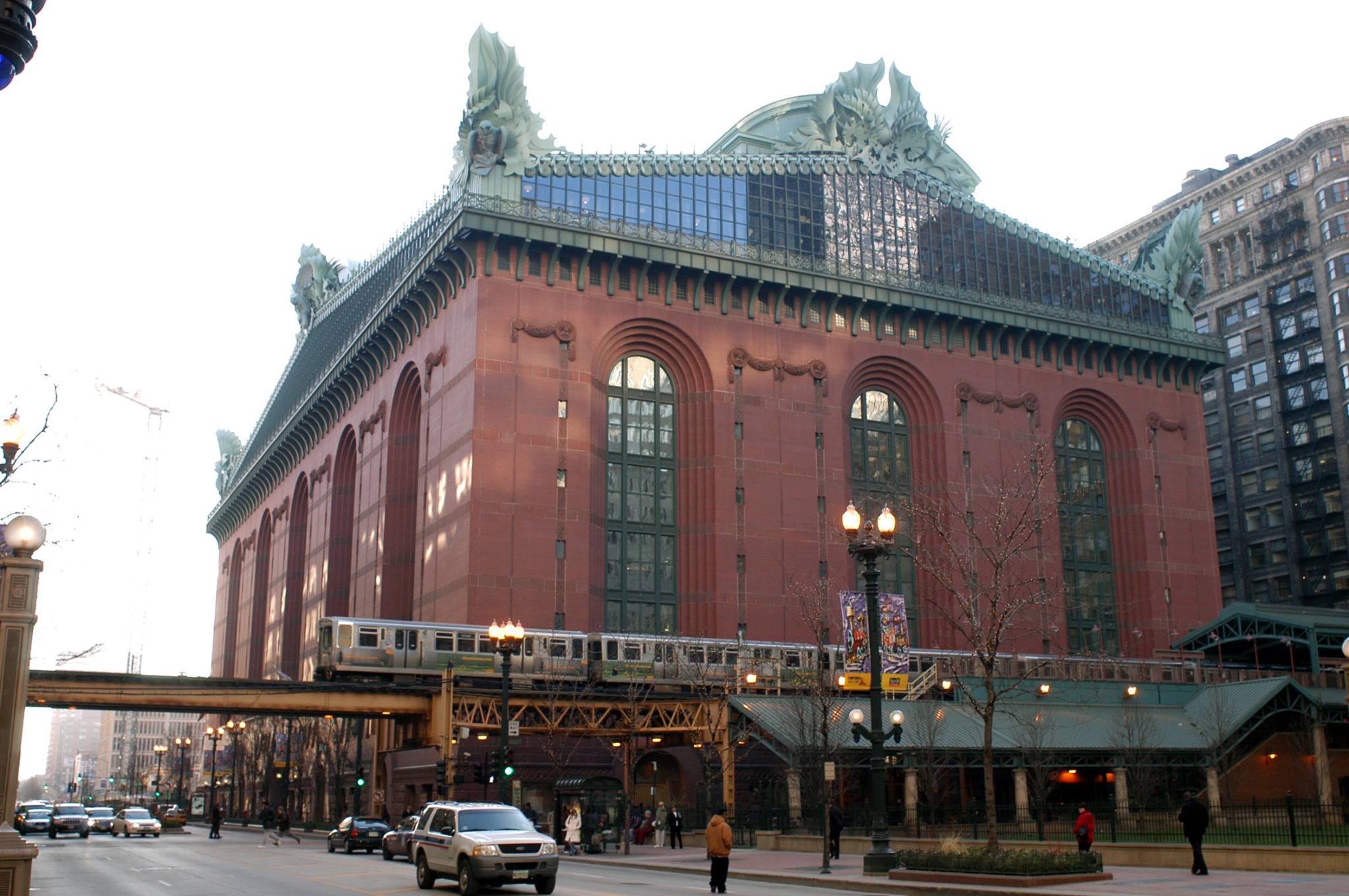 Cities change. As Chicago is a city and most certainly not exempt from this immutable law, I can tell you that Chicago will change in some fashion by the time you finish reading this piece. By the time you finish this sentence a family might have packed up their belongings in Chatham to relocate to an Atlanta suburb, another construction crane may make an appearance in River North, and perhaps a student at DePaul is planning to transfer out of state.

Taken cumulatively, these changes can be tremendous. Chicagoans and others make decisions individually and collectively that affect the tenor of the city and its community areas, culture, architecture, and in a very real way, the cadence of how people interact with each other in space and time.

What is the visual record of these changes? In recent years, there has been an exponential explosion of data visualization, infographics, TikTok, and countless other forms of expression that tell us about how Chicago is and how Chicago was. Everything ends up in the past tense—that is, in part, how history works.

When it comes to thinking about Chicago’s past I do have more than a slight preference for photographs as a starting point for my own personal and academic excavations. Sure, a thousand words and all that jazz, yet there’s something else to think about. What about the thousand-plus questions you can find in each and every single photograph? OK, a bit of hyperbole, but after all these are Chicago photographs we are talking about.

And it was through a felicitous bit of Chicagoscrolling (much better than doomscrolling—thank you Lists feature) on Twitter that brought me to the wondrous Chicago Department of Urban Renewal Records’s Photographic Negatives Digital Collection. This prodigious assemblage digitized by the Chicago Public Library’s Special Collections and Preservation Division contains almost 16,000 negatives organized by subject (think plywood, dwellings, light fixtures), community area, and date.

As I clicked twice on the collection site to peruse the Hyde Park photographs, I got a bit teary when I saw that there were over 1,200 items. My mind always meanders into nostalgia, and I remembered the uphill battle I faced when I was finding images for my book (Hyde Park, Illinois, published by Arcadia in 2001).

Chicago Department of Urban Renewal Records: Photographic Negatives Digital Collection
Available to view for scholarly or educational use at chipublib.org.

This visual treasure hunt led me to write letters to the Hyde Park Herald, the University of Chicago [Alumni] Magazine, the Chicago Tribune, and the Chicago Sun-Times gently pleading for readers to send me their images documenting Hyde Park history. I concluded most of these humble pleas with the phrase, “I have a particularly keen interest in items related to urban renewal.”

And after a few weeks, I began to receive replies in my mailbox on South Drexel. The first one came from a Very Important Hyde Parker who insisted that urban renewal was the best thing that ever happened to Hyde Park. Their letter to me concluded with, “Young man, it’s best to remember that progress has a price.”

There were promising notes as well. One woman whose father ran a pool hall on 55th Street offered me seven pages of handwritten memories detailing their time in Hyde Park from 1950 to 1965. Another woman wrote to me and invited me to come by her South Loop apartment to borrow her collection of informal portraits taken solely under the Metra (née Illinois Central) underpasses at 55th, 56th, and 57th Streets in the late 60s.

After a few months, I grew a bit despondent. I needed at least two dozen images documenting urban renewal in Hyde Park and my personal photographic cupboards were quite bare. On the same day, I received two most promising letters. The first was from an antiquarian bookseller in Washington, D.C. He had been a graduate student at the University of Chicago in the early 1960s and during his free time, he spent hours taking what he called “decay” shots. Essentially, it was a series of photographs showing the demolition of structures along 55th Street, including the building that housed the Compass Theatre. These photographs were a gift from a stranger and I will never forget his kindness.

The second letter that day arrived from Paul Petrie, who lived a few blocks from me on Blackstone. Mr. Petrie wrote to inform me that he had hundreds of neatly organized photographs documenting buildings around Hyde Park and Woodlawn that had been demolished during the urban renewal process. When I came to his home to look through this cornucopia, I asked him how he acquired these images. He informed me that he had been the director of the University of Chicago’s real estate operations for over 45 years. When I asked him why he responded to my letter, he said, “Well, I just thought it was time someone else took a look at these.” A rather phlegmatic response was what I thought, then and now.

I’m thinking about Paul’s response as I pick up the phone to call Johanna Russ, the archivist at the Chicago Public Library responsible for processing this prodigious collection. I ask her how this collection came to the library and she tells me that it’s not completely clear. “Apparently, a former employee of the Department of Urban Renewal had tucked all of this stuff in a closet near his desk,” she says. The first thing that comes to my mind is when I heard years ago that Illinois Central railroad employees scavenged through dumpsters behind the former Illinois Central station near Roosevelt Road to preserve thousands of items unceremoniously dumped by the demolition company. A fortuitous bit of preservation, if you will.

Russ’s comment reminds me about the first time I ever heard about the Department of Urban Renewal. When I arrived in Chicago in 1994, the department had only been dissolved for two years. As their name suggests, the department was responsible for overseeing site clearance selection throughout the city and assigning rehabilitation funds. This process was far from equitable, and as James Baldwin (among others) noted, in many ways the process was seen as a form of “Negro removal,” complicit in forcing Black Chicagoans and countless others to move with little or no relocation support.

In a very real way, this collection is a visual reminder of that painful process, written into the fabric of communities including Lincoln Park, Woodlawn, Hyde Park, and the Near West Side. It is a collection that documents government-sponsored gentrification, creative destruction, and more broadly, the transformation of the built environment over a period of four decades.

It’s a lot to think about and as Russ tells me about the future plans for the collection, which include geocoding the photographs’ locations around the city, I ask her about her favorite photograph.

“The collection is so massive, it’s hard to pick just one,” Russ tells me. “One of my favorites is by Mildred Mead, a photographer whose work is especially striking. Mead does such a fantastic job capturing the people affected by urban renewal. This image was the only ‘people’ image by Mead that I saw in the digital collection, but it is indicative of the kinds of portraits Mead creates while also showing the backyard of a house targeted for improvement by the Department of Urban Renewal.”

As I hear this, I remember that I received a phone call from Mildred Mead back in 2000 when I started scurrying around looking for photographs of urban renewal for my Hyde Park book. We talked briefly on the phone and I told her I would call her back in a few weeks. I ended up calling her back many months later. When I did, I learned she had passed away a few days prior. A door had closed.

Russ talked about Mead’s work while telling me about an undated photograph titled 5738 S. Blackstone-rear. “The people she portrays are often children and either appear [as the girl in the photo] surprised to find a photographer watching them,” she said, “or once they realize they’re in the frame, they flash genuine smiles that make you want to know their stories.”

I think about what Russ says and I decide to tell her a bit about my quest to locate similar urban renewal photographs several decades ago. I tell her about wandering through city agency archives, my gentle pleas for yellowing ephemera, and my time spent with Paul Petrie.

Somewhat awkwardly, I add, “I suppose he’s dead now.” And I’m not sure why I felt the need to add this.

Russ asks, “I wonder what ever happened to his photographs?”

I have no idea.

Chicago Shooting News Live: A gunman on a rooftop opened fire on an Independence Day parade in suburban Chicago on Monday, killing at least six people, wounding at least 30 and sending hundreds of … END_OF_DOCUMENT_TOKEN_TO_BE_REPLACED

The real estate industry is beyond crowded — it seems like agents are popping up everywhere and taking aim at your clients. So, how can you cut through all that noise to stand out? You’ve got to … END_OF_DOCUMENT_TOKEN_TO_BE_REPLACED

Chicago Mayor Lori Lightfoot confirmed to the New York Times that the Chicago Police Department is assisting in the response and investigation.  “Law enforcement is working hard to bring the shooter … END_OF_DOCUMENT_TOKEN_TO_BE_REPLACED