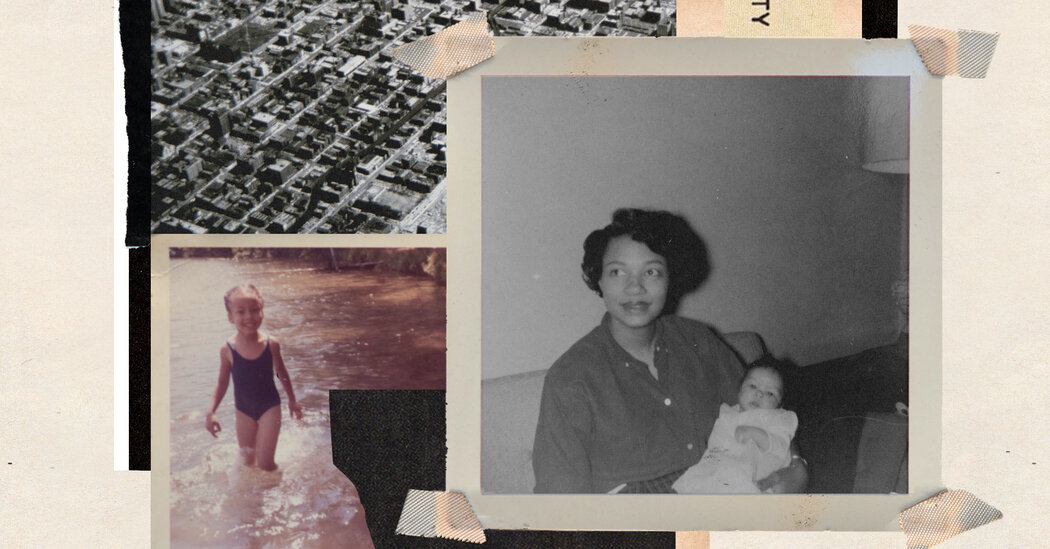 In Englewood, about 60 percent of the residents have a high school diploma or equivalency or less, and 57 percent of households earn less than $25,000 a year. Streeterville, on the other side of Chicago’s chasm, has a median income of $125,000. The vast majority of residents there have at least a college degree; 44 percent have a master’s degree or higher. And, predictably, Englewood has long shouldered an unequal burden of disease. It has among the city’s highest rates of deaths from heart disease and diabetes, as well as rates of infant mortality and children living with elevated blood-lead levels, according to the Chicago Department of Public Health. These differences all lead up to that irrefutable racial gap in life spans.

“It is very clear that life expectancy is most influenced by geography,” said Dr. Judith L. Singleton, a medical and cultural anthropologist who is conducting an ongoing study at Northwestern University about life expectancy inequality across Chicago neighborhoods. Her father came to Chicago from New Orleans in the 1930s and settled in Bronzeville. In 1960, her parents bought a home on the far South Side. After her mother died, she finally moved her dad out of his home after 40 years because of a lack of services, including nearby grocery stores, and fear for his safety. “If you live in a neighborhood with lots of resources and higher incomes, your chances of a longer life are better — and the opposite is true if your community has few resources,” she said. “There’s something really wrong with that.”

Historically, there has been a damning explanation of why poor communities have crumbling conditions and a dearth of services: not that something is wrong that needs to be fixed, but that something is wrong with the people and the community themselves. It’s their fault; they did this to themselves by not eating right, by avoiding medical care, by being uneducated. Nearly every time former President Donald Trump opened his mouth to speak about Black communities in Detroit, Baltimore, Atlanta and, yes, Chicago, he parroted the underlying assumption that Black communities in America are solely to blame for their own problems. In 2019, during sworn testimony before Congress, Trump’s former lawyer Michael Cohen claimed that his boss had characterized Black Chicago with disdain and blame: “While we were once driving through a struggling neighborhood in Chicago,” Trump “commented that only Black people could live that way.” In 2018, the American Values Survey found that 45 percent of white Americans believed that socioeconomic disparities are really a matter of not trying hard enough — and that if Black people put in more effort, they could be just as well off as white people.

What really happened was more sinister. On the South Side of Chicago, a pattern of intentional, government-sanctioned policies systematically extracted the wealth from Black neighborhoods, bringing an erosion of health for generations of people, leaving them to live sick and die young.

Like mine, Dr. Eric E. Whitaker’s family traveled a path up North from Mississippi to the South Side of Chicago. I met Whitaker, a physician and former director of the Illinois Department of Public Health, in 1991, when I was a health-communications fellow at what is now known as the Harvard T.H. Chan School of Public Health. He was in medical school at the University of Chicago Pritzker School of Medicine, taking a year off to earn his master’s in public health. After we became friends, we discovered that his maternal grandparents had owned a three-flat building around the corner from our family home on South Vernon Avenue.

He recalls the area as a thriving mixed-income neighborhood, a place of comfort, full of life and energy, though all that remains of his grandparents’ building is a memory and a pile of rubble. “What I remember of my grandparents’ home was the vitality,” said Whitaker, who would meet his close friend Barack Obama during the year he spent at Harvard, when Obama was at Harvard Law School. “There would be people on porches, kids playing in the streets. It was aspirational. Now you drive through communities like Englewood and see empty lot after empty lot after empty lot. Every once in a while I take my kids to see where Dad came from. When I show them the vacant lot where Grandma’s house used to be, they think, Wow, this is sad.”

But what Whitaker and I remember with a warm glow wasn’t the whole story. Even as our relatives were starting their hopeful new lives in the 1930s, the government-sanctioned practice of redlining arose in response, enforcing segregation, lowering land and property values and seeding disinvestment and decay for more than 30 years.

President Joe Biden speaks as he announces that he is nominating Jerome Powell for a second four-year term as Federal Reserve chair, during an event in the South Court Auditorium on the White House … END_OF_DOCUMENT_TOKEN_TO_BE_REPLACED

Research has shown that women are most likely to shop for milk substitutes, and so the all-women Planting Hope, which counted food industry financier Larry Levy and other men as early investors, is no … END_OF_DOCUMENT_TOKEN_TO_BE_REPLACED