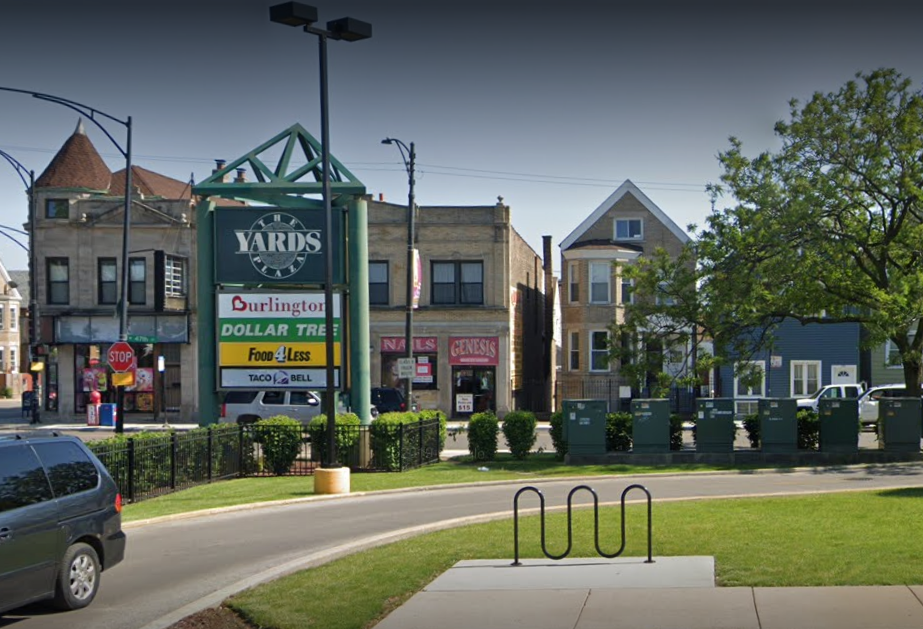 A Brazilian businessman once ranked as one of the wealthiest men in the world is facing a lawsuit alleging he and his company hid information that a Chicago shopping center he owns is slowly sinking into the landfill it was built atop.

The Yards shopping center at 4636 South Damen Ave. in Chicago

Wilmington Trust NA, the guarantors of a $51M mortgage for Yards Plaza on Chicago’s South Side and the Willowbrook Court Shopping Center in Houston, filed suit in New York federal court Oct. 28 seeking damages from Michael Klein and EK 2013 Family Trust after Klein-associated entities defaulted on a loan for the properties.

The suit claims Klein, the CEO of Brazilian department store chain Casas Bahia, and his associated companies failed to disclose Yards Plaza was built on a landfill in 1990 and has been sinking for years, a fact that first came to light when Wilmington got hold of a February 2020 engineering report indicating space leased by anchor tenant Burlington Coat Factory had settled as much as 8.5 inches, Law360 reported.

According to the suit, the report also noted subsidence had led to walkway slopes exceeding Americans With Disabilities code limits.

“The Chicago property is constructed on a landfill, suffers from persistent severe subsidence, and requires millions of dollars of immediate repairs and on-going maintenance,” the suit states.

“According to structural engineers that have surveyed the property, subsidence was recognized as a risk when the shopping center was constructed in 1990, has been occurring continuously since that time, and will remain a problem in the future.”

Wilmington alleges the problem was well known to borrowers when it was purchased in 2014, and said in the suit the troubled shopping center had undergone several rounds of unsuccessful “slab-jacking,” or attempts to lift sinking or uneven concrete.

These maneuvers only compounded the problem, the suit alleges, because they were performed with concrete instead of polyurethane, increasing the weight of the slab and compressing the fill under the building.

The MikeOne borrowers acquired their $51M loan from Bank of America in November 2014, secured by first-priority liens on Yards Plaza and Houston’s Willowbrook Court. A Morgan Stanley Bank of America Merrill Lynch Trust, of which Wilmington is a trustee, acquired the loan guaranteed by Klein and the trust shortly thereafter.

Wilmington alleges in the suit that Klein and his company attested at closing that “after due inquiry, there exists no structural or material defects or damages in the property, as a result of a casualty or otherwise, and whether latent or otherwise. This representation was untrue.”

The Klein-led MikeOne venture bought The Yards for $39.8M in 2014 — a price another bidder on the property called far too high.

“They really overpaid for it,” Matanky Real Estate Group CEO James Matanky told Crain’s Chicago Business in February, several months after lenders filed to foreclose on the Chicago and Houston properties. “There was no way I could go that high.”

Klein and his companies are vigorously fighting the foreclosure, according to the suit, which also alleges MikeOne violated a loan provision barring it from incurring most other forms of debt, almost immediately taking on $4M in obligations to other lenders.

Klein could not be reached for comment and no answer to the complaint has yet been filed in his defense, per PACER.

PHOENIX (AP) — Devin Booker scored a season-high 51 points in just three quarters, Deandre Ayton had 30 points and 16 rebounds and the Phoenix Suns stretched their winning streak to six games with a … END_OF_DOCUMENT_TOKEN_TO_BE_REPLACED

The 202-room Courtyard by Marriott Boston Marlborough has been sold for $15.3 million. The deal for the property at 75 Felton St. in Marlborough closed on Monday, according to the Middlesex South … END_OF_DOCUMENT_TOKEN_TO_BE_REPLACED

“We can't sit back and just wait for the war in Ukraine to be over,” LaPointe said during debate on the House floor. “We in Illinois have to do everything we can … to make sure we're doing our part to … END_OF_DOCUMENT_TOKEN_TO_BE_REPLACED