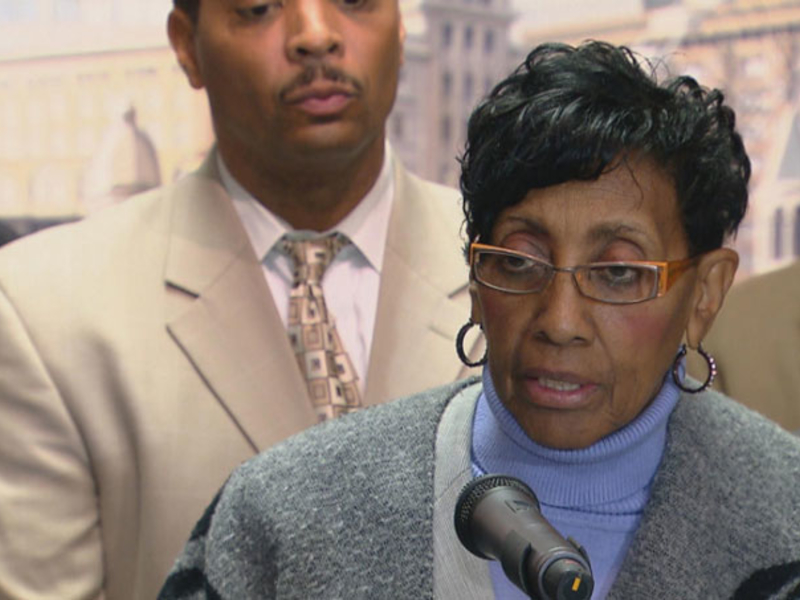 Meanwhile, Wilson told Individual A he wanted heating and air conditioning improvements made to one of his investment properties. That person agreed to the request, telling Wilson in a cell phone conversation, “You help me a lot, and I’ll help you,” according to the indictment. Individual A later called another person to tell them he planned to pay for a portion of that new HVAC system because if “I get what I want next week, it’s worth it.” He also agreed to purchase granite countertops for Wilson and Austin’s properties. Not long after the granite offer, he asked for Wilson’s help in getting financial assistance from the city to install new sidewalks within the development.

“Individual A, now deceased, was a real estate developer and contractor who owned construction companies, including Company A,” the indictment says.

The conspiracy, bribery and false statement counts are each punishable by up to five years in federal prison. Neither Austin nor her attorney could be reached for comment.

Austin is one of a long list of aldermen now facing federal charges, including Ald. Patrick D. Thompson, 11th; Ald. Ed Burke, 14th; and former Ald. Ricardo Muñoz, 22nd. All have said they are innocent. Other former aldermen face federal scrutiny, but have yet to be charged, including former Ald. Michael Zalewski, 23rd, and Ald. Danny Solis, 25th, who has reportedly been cooperating in a sprawling federal investigation into City Council corruption.

Austin has been under the federal spotlight since 2017. Agents raided her ward office in June of 2019, and sought state Board of Elections documents regarding three of her political fundraising committees. Subpoenas were also issued for documents pertaining to real estate projects in her ward (including construction of her own home), family members, top aide Wilson and food stamps.

WBEZ reported federal investigators were interested in “development projects in the 34th Ward” and the use of taxpayer subsidies from the city for real estate initiatives.

Austin, formerly the chair of the City Council’s powerful Budget Committee, has represented parts of the West Pullman, Washington Heights, Morgan Park and Roseland neighborhoods since 1994. She was appointed by Mayor Richard M. Daley to replace her late husband, Lemuel Austin, on the council. She was a loyal ally of both Daley and former Mayor Rahm Emanuel.

Mayor Lori Lightfoot demoted her from chairing the Budget Committee after she took office, and placed her atop a new 19-member Committee on Contracting Oversight & Equity. In recent years, she’s faced health problems, including a torn aorta and testing positive for coronavirus.

More recently, Austin has been fined by the city’s Board of Ethics for violating campaign finance laws, accepting donations from a company that does business with the city in excess of current limits. The board initially levied its highest-ever fine against Austin, but have since scaled it back.

Cook County this week has 51 cases per 100,000 people, up 78 percent from the prior 7-day period, CDC data shows. Under the federal agency’s recommendation, areas of substantial transmission are those … END_OF_DOCUMENT_TOKEN_TO_BE_REPLACED

Origin launched its first QOZ fund in 2018 and has committed $100 million of the $265 million it raised to five apartment projects, including one recently completed in Pilsen. Origin plans to use the … END_OF_DOCUMENT_TOKEN_TO_BE_REPLACED