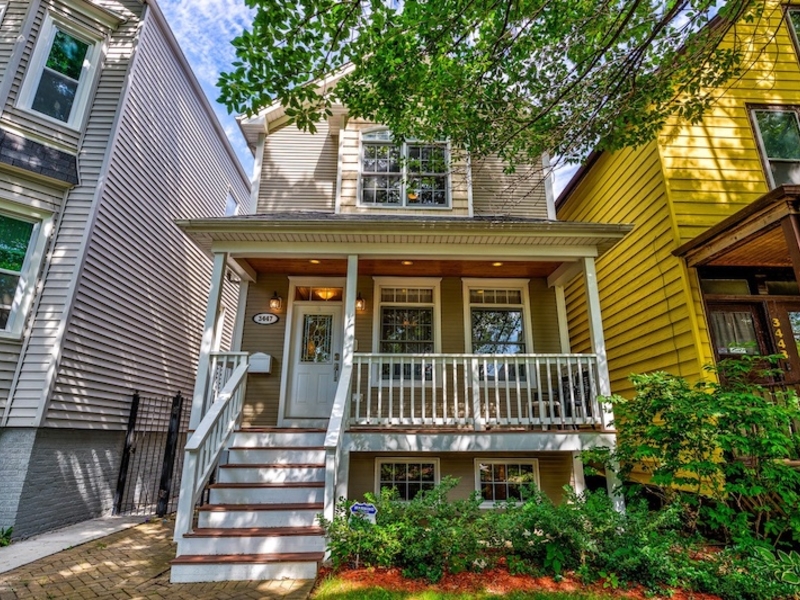 In Chicago, 2,417 homes sold last month. That’s down 5.9% from October 2020, but back then sales were surging as low interest rates and pandemic-driven housing traders catapulted the market to new heights. Compared with the average October sales volume in the five years before the pandemic, city home sales were up 14.9% last month.

In the nine-county metropolitan area that Illinois Realtors’ data covers, 11,149 homes sold in October. That’s down 11.6% from October 2020, but compared with the five-year average for October sales, it’s up just under 22%.

That is to say, the housing market may be quieter now than it was several months ago, but it’s still rolling.

“The market remains relatively healthy, even compared to before the pandemic,” Antje Gehrken, president of the Chicago Association of Realtors, said in prepared comments that accompanied the data. Gehrken is also managing broker of ARE Partners.

Nationwide, home sales were up 0.8% in October, or essentially flat with the sales volume of a year earlier, according to data released separately by the National Association of Realtors this morning.

The median price of a Chicago home sold in October was $312,000, down 1% from the same time a year earlier. It was the third consecutive month of essentially unchanged home prices compared with a year earlier. They came after a 12-month stretch when eight months saw prices rise by 10% or more.

While city home prices have been flat in recent months, they keep rising in the larger metro area, even after a 12-month stretch of double-digit increases. In the metro area, the median price of homes sold in October was a little under $290,000, up 5.7% from a year earlier.

The metro area’s median housing price is up 20.7% from two years ago.

Shallower price growth in recent months is preserving Chicago real estate’s affordability in relation to other cities. Nationwide, home prices were up 13.1% in October compared with a year earlier.

Year-to-date, home sales in both Chicago and the metro area are running ahead of 2020, in large part because home sales dipped in the earliest days of the pandemic.

Advocates staged a tent city in the lobby of City Hall during Mayor Lori Lightfoot's budget address on Monday, Oct. 3, 2022, calling on Chicago to provide a dedicated stream of funding to tackle the … END_OF_DOCUMENT_TOKEN_TO_BE_REPLACED

The candidates face off Dec. 6 in the final Senate contest of the 2022 midterms because neither surpassed 50% of the vote in the general election a little more than two weeks ago, which included a … END_OF_DOCUMENT_TOKEN_TO_BE_REPLACED