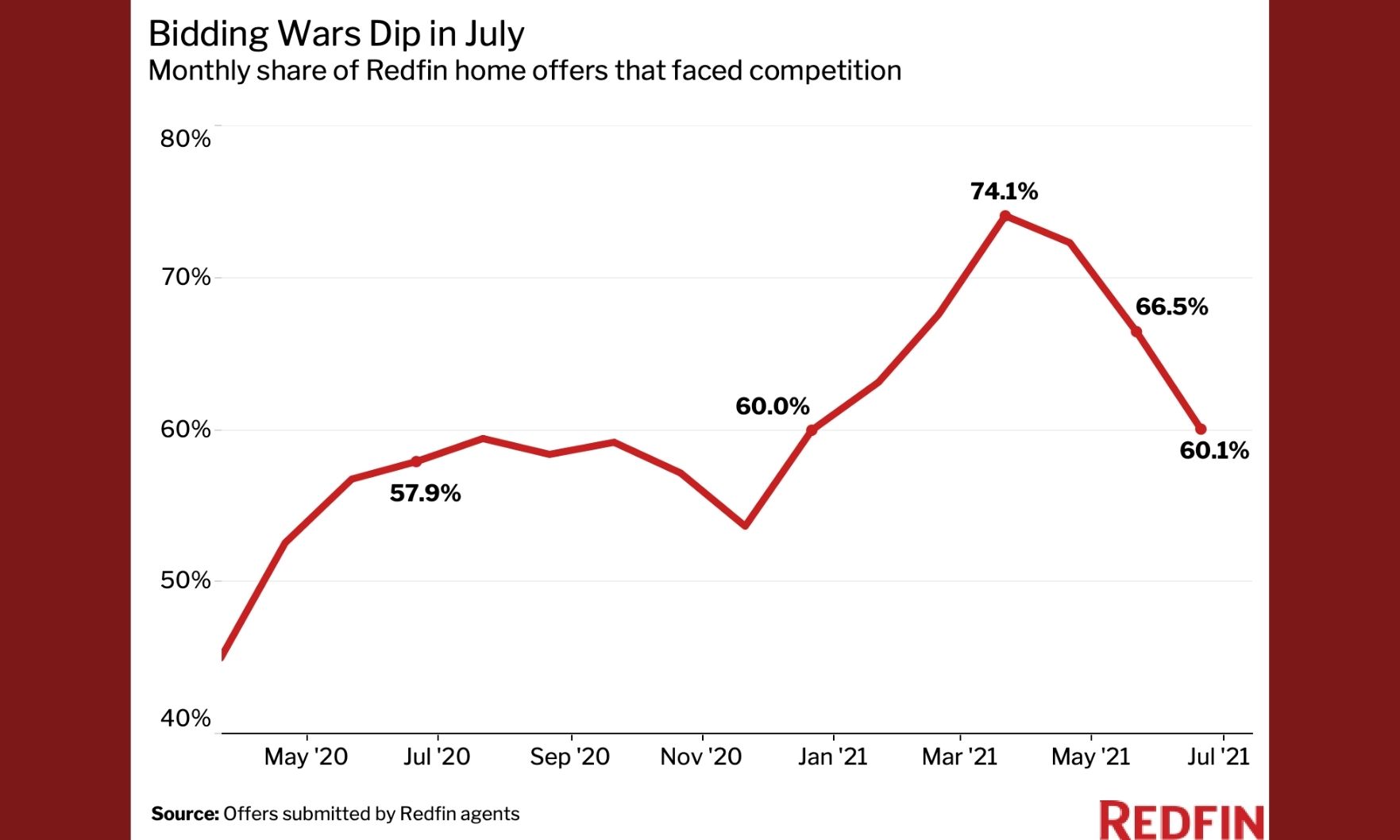 Following months of sky-high prices paired with manic competition — driven by limited supply — the frenetic housing market is starting to cool down. Somewhat.

Last month, multiple bids accompanied 60% of offers written by Redfin agents. This is a 7% drop from June and a nearly 15% decline from the pandemic’s peak of 74%, in April 2021, according to Redfin.com.

In Chicago, more than 52% of Redfin listings received multiple offers: a 7% decrease from June. Still, bidding wars in Chicago are up nearly 10% from a year ago.

Bidding Wars on Redfin Homes Across the Nation

A representative for Vistria declined to comment. Founded in 2013 and led by Marty Nesbitt and Kip Kirkpatrick, Vistria manages more than $8 billion in assets and invests across health care, education … END_OF_DOCUMENT_TOKEN_TO_BE_REPLACED