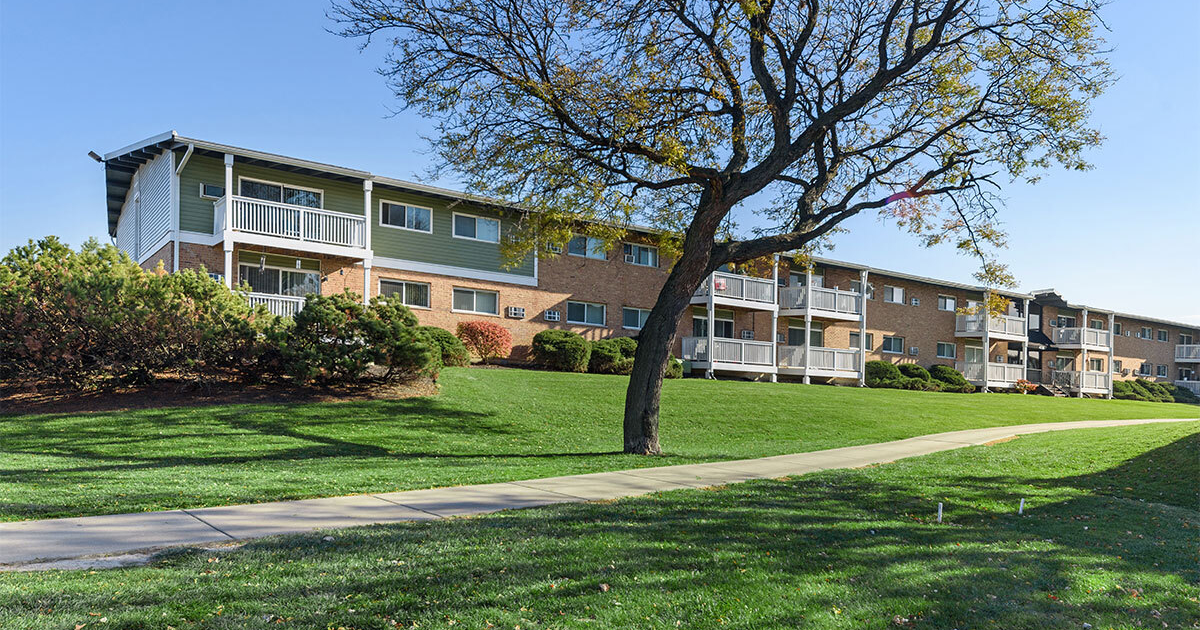 The Real Capital price index for Chicago rose so much over the most recent four quarters for two main reasons: a rebound effect and booming industrial market, said Jim Costello, chief economist of real estate at MSCI, a New York-based research firm that acquired Real Capital last year. Prices recovered after stagnating in the early months of the pandemic, pushed up by a flurry of investment activity last year. The market for industrial property was—and still is—especially hot, lifting the overall price index, which is weighted by the volume of transactions within a period.

In late March, for instance, a unit of Blackstone paid nearly $150 million for a portfolio of office buildings in Waukegan and Zion. The suburban apartment market is strong, too. In February, the Preserve at Woodfield apartments, a 662-unit housing complex in Rolling Meadows, sold for $111 million, up 54% from its price in a 2017 sale.

With a 19.4% annual gain, Chicago trailed only Sydney, Australia, and Seoul, South Korea—both with a 20.1% increase—in a ranking of 20 global cities, according to the Real Capital report. A composite index for all 20 cities rose 8.6% over the 12-month period. Chicago led U.S. urban markets, followed by Los Angeles, with a 15.3% rise, and San Francisco, 14.9%.

The price index, computed by comparing repeat sales of the same properties, includes office, industrial, retail, and hotel properties in the city and suburbs but omits apartments. Chicago also registered a hefty gain—24.2%—over the most recent two-year period, the sixth-biggest gain among the 20 global cities tracked by Real Capital.

The Chicago index actually started slipping before the COVID-19 pandemic, in 2019, moving back up in the final months of 2020. By third-quarter 2021, the index eclipsed its prior peak, hit way back in 2007.

The story of Chicago’s real estate market is a bit more complicated, however. While warehouse and apartment rents and property values are rising, the office market remains a question mark as many professionals work remotely or on hybrid schedules. Many companies are cutting back on office space, pushing downtown and suburban vacancy rates up to record highs.

Some downtown office landlords already have defaulted on mortgages. Others have just decided to hand their properties over to their lenders. Buying a downtown office building is riskier than it used to be.

“There’s a lot of uncertainty around that,” Costello said. “It’s going to take a while to see how that plays out.”

Retail real estate, meanwhile, is a mixed bag. Investor demand for well-leased shopping centers with grocery stores and other necessity-oriented retailers is strong, but e-commerce remains a threat to many big malls, including Water Tower Place and the Shops of North Bridge on North Michigan Avenue, which are both struggling. Hotels have started to come back from the pandemic, but their future depends heavily on a recovery in business travel and large group business.

It’s also unclear how much longer the animal spirits will keep driving prices up. Jitters about inflation, interest rates and a potential recession won’t help. One warning sign: Commercial mortgage rates recently moved higher than capitalization rates, or first-year returns on income-producing properties. The last time borrowing rates exceeded cap rates was before the global financial crisis, according to the Green Street report.

Two more signals could mean prices are headed lower. Prices of corporate bonds and shares of real estate investment trusts, often reliable predictors of commercial real estate values, have fallen and “are flashing red,” Green Street writes in a recent report. A decline in prices in the 0 to 10% range “is the most likely, but not necessarily odds-on, scenario over the balance of the year,” the report says.

Another sign of weakness: More buyers have been demanding price cuts to account for higher borrowing costs due to rising interest rates, Green Street writes. Whether investors are facing a broad and painful drop in property values or merely a plateauing, making good money in real estate is only going to get harder.

“The era of juicy returns is clearly over,” Green Street writes.

While the past year or so has been good for the Chicago market from a price standpoint, the long-term trend doesn’t look as favorable. Many other big global cities have posted much larger gains: Chicago’s price index is up just 16% since the end of 2006, versus 72% for Los Angeles, 64% for New York and 133% for San Francisco, according to Real Capital.

The Chicago metro area also lacks one thing that attracts real estate investors: a fast-growing population. It just can’t compete with places like Austin, Texas, Phoenix, Ariz., and Tampa, Fla., on that measure.

“It doesn’t have as easily identifiable of a growth story as other markets,” Costello said.

Chicago Shooting News Live: A gunman on a rooftop opened fire on an Independence Day parade in suburban Chicago on Monday, killing at least six people, wounding at least 30 and sending hundreds of … END_OF_DOCUMENT_TOKEN_TO_BE_REPLACED

The real estate industry is beyond crowded — it seems like agents are popping up everywhere and taking aim at your clients. So, how can you cut through all that noise to stand out? You’ve got to … END_OF_DOCUMENT_TOKEN_TO_BE_REPLACED

Chicago Mayor Lori Lightfoot confirmed to the New York Times that the Chicago Police Department is assisting in the response and investigation.  “Law enforcement is working hard to bring the shooter … END_OF_DOCUMENT_TOKEN_TO_BE_REPLACED