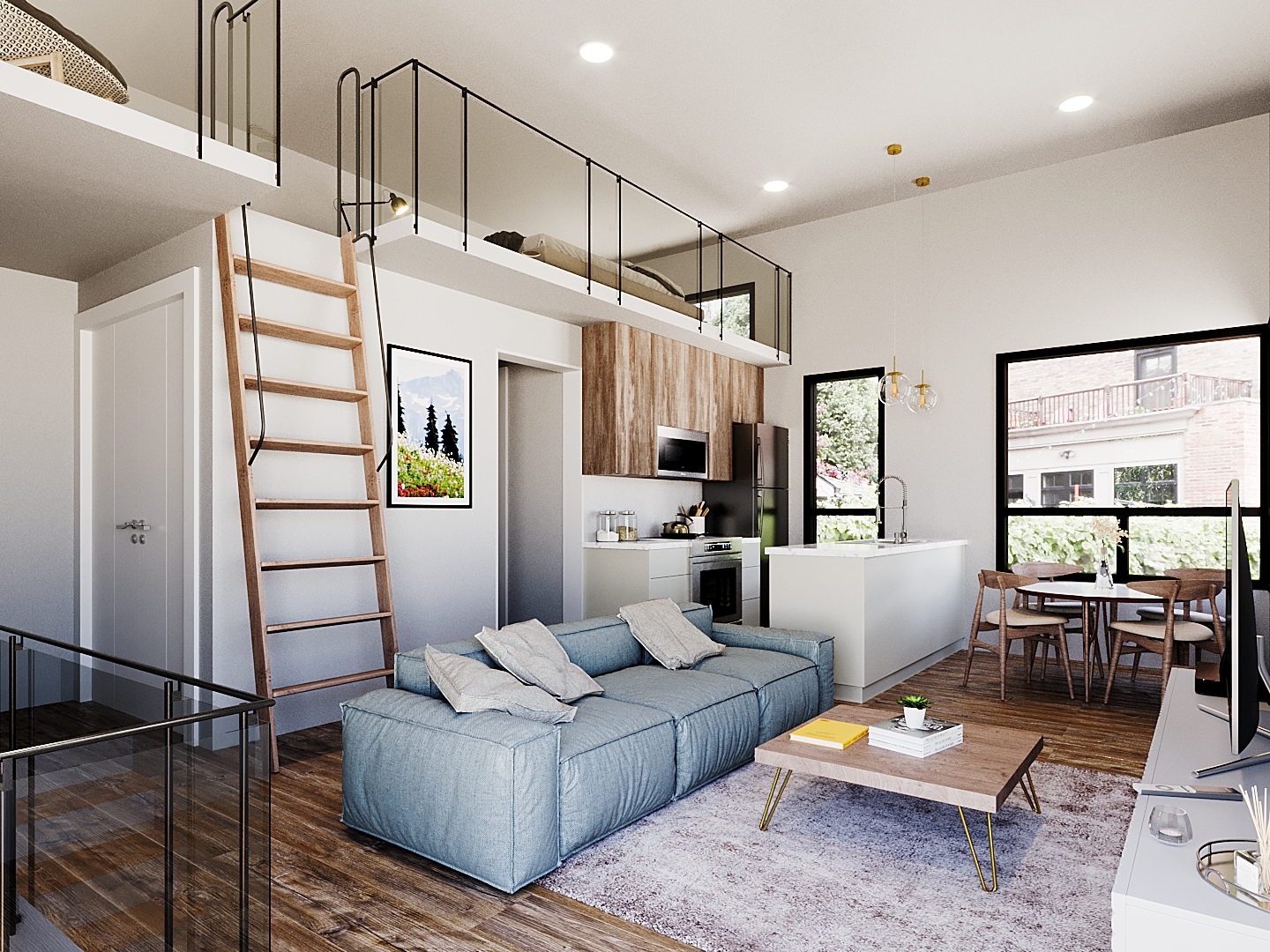 The city of Chicago begins accepting permit applications on May 1 for construction of new accessory dwelling units — also known as coach houses and granny flats — and to bring into compliance preexisting ADUs and basement units not currently on the books.

But while the new pilot program that applies to select areas of the city aims to encourage the proliferation of coach houses and basement units, a recent rule change enacted by Fannie Mae and Freddie Mac could make it difficult to secure home loans for buildings with existing ADUs and basement units that are not in compliance.

Getting up to speed on ADUs

The ordinance approved last year establishes five pilot areas around the city that allow conversions and new construction for the next three years. Those buildings outside of the pilot areas are still prevented from building ADUs or bringing existing ones into compliance. The pilot program reverses a section of the city’s zoning code, written in 1957, that aimed to prevent overcrowding in neighborhoods.

Steven Vance, founder of Chicago Cityscape, an online zoning and building portal, was one of the ordinance’s strongest advocates, but he tells Chicago Agent magazine that the pilot program is unnecessary. “The biggest compromise was the pilot area concept in general,” he said, noting that he’s already heard from people interested in building a coach house who are just outside one of the pilot areas.

Chicago Cityscape has launched a section on its website that provides an abundance of information about the pilot program, and Vance said brokers need to do their homework on the topic. “The first thing brokers should figure out is whether the home is in the pilot area,” he said, noting that his website offers a detailed map of the pilot areas.

Brokers also should read up on what the options are for homes that already have coach houses and basement units that are not in compliance with the zoning code. “They need to understand how a path to legalization is done in every situation; a lot of that’s going to mean talking to an architect (and having them) review or tour the unit to know what changes need to be made to make the building code-compliant,” he said.

The buzz around granny flats

Leigh Marcus, a broker with @properties, said he’s already had clients asking what it will take to build a coach house. Borrowing money is “so cheap right now” that some are considering building to give themselves more space, he said.

Taking out a loan for $125,000 to build the structure could hypothetically mean a $500-a-month payment. Those renting out a newly built coach house and earning $20,000 annually in rent could mean a quick return on their investment, Marcus added.

Michael Hall, lead real estate broker at the Michael Hall Group with Baird & Warner, said he is working with clients interested in filing permit applications to bring their accessory dwelling units into compliance. “But there is a reservation and fear about having the city come into their properties,” he said.

That reservation is centered on the concern that inspectors could find other costly building code violations, according to Hall. “I agree with it that the city is trying to make it safe, but half the people I’ve heard from say they’re willing to participate in the pilot program, while the other half said they’ll never initiate the process,” he noted. “There’s a barrier there they need to educate people on, or the program may not be as successful as it could be.”

Homeowners also worry about what impact bringing units into compliance will have on their tax bill. “When you add units, it does increase the value of the building,” he noted.

A snag in financing

While there are still a lot of moving parts for homeowners considering building coach houses or basement units, a bigger problem could be looming for those not on the books. Earlier this year, Fannie Mae and Freddie Mac updated their guidelines for buildings with accessory dwelling units, and have largely stopped purchasing loans for buildings with noncompliant units.

Among other things, the guidelines specify that for ADUs to be in compliance, they must have an entrance separate from the the primary residence, and they also must have their own kitchens. Specifically, Fannie Mae notes: “The removal of a stove does not change the ADU classification.” That particular clarification prevents a common practice in Chicago of owners’ removing the stove during the appraisal so the noncompliant unit is not counted as an ADU. Proving that a basement unit does not have a kitchen, for example, would now require completely removing the kitchen, along with countertops and cabinets.

Joel Schaub, vice president of mortgage lending at Guaranteed Rate, said in a telephone interview that the lenders are petitioning Fannie and Freddie to reach a compromise because of the preponderance of noncompliant units in the Chicago area. “There’s going to be some kind of compromise, but that may take months,” he said.

Until then, sellers should pick their brokers and lenders wisely, Schaub said. “Now more than ever, you need to pick people who care and understand the rules,” he said.

The new ordinance could mean a flurry of business for Chicago Granny Flats, a Northbrook-based construction company that launched last year in anticipation of the city’s ADU ordinance. With catchy names like “The Nanna,” “The Abuela” and “The Big Granny,” the company offers a variety of designs and options with prices running between $150,000 and $225,000.

“We want to be able to add affordable housing in places where it’s desirable,” David Schwartz, co-owner of Granny Flats Chicago said. “You don’t really notice it from the street and it doesn’t change the character of the neighborhood, but it’s an opportunity for homeowners to stay in places where property taxes are really killing longtime homeowners.”

Schwartz said the ordinance is a good start for the city but it should be allowed in every neighborhood, noting that some of his clients are a block or two away from the border and unable to build.

* Cate Hoogstraten contributed to this article.

CHICAGO (CBS) — We first told you about Sally’s Nuts one year ago; a beloved mother-daughter business that took off during the pandemic.It turns out they’re doing so well, they’re finally​ having … END_OF_DOCUMENT_TOKEN_TO_BE_REPLACED

“In this environment, having certainty of who your tenants are and the cash flow of those tenants is attractive. We believe in Restoration Hardware as a tenant,” said Alexi Panagiotakopoulos, … END_OF_DOCUMENT_TOKEN_TO_BE_REPLACED