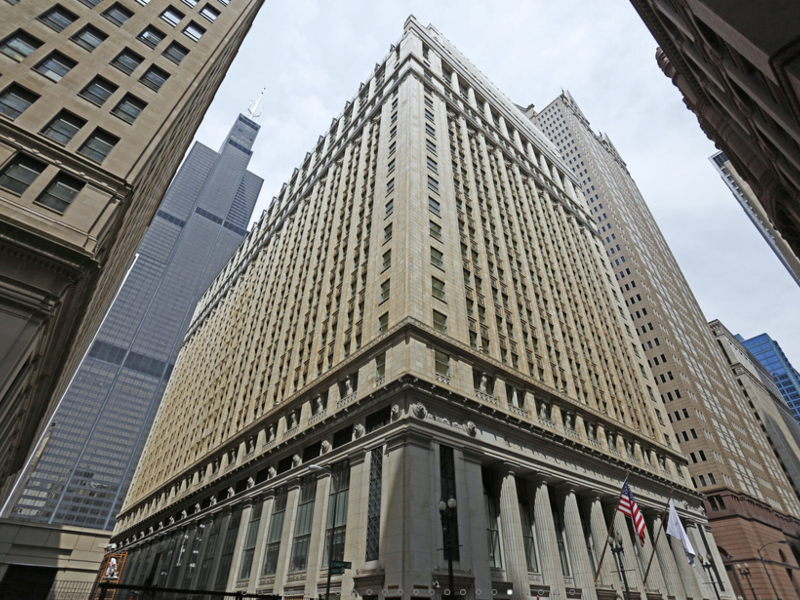 The dispute puts at stake the future ownership of the office property and raises questions about ongoing work on a 233-room hotel Reschke is developing on five floors above the offices. Both are the types of properties that have been stung by the COVID-19 pandemic, with companies rethinking their office space needs and demand for downtown hotels almost non-existent for much of the past 15 months.

Lender Midland National Life Insurance did not claim in the complaint that Reschke’s office venture missed any loan payments, but alleged the venture defaulted on the loan by commingling funds between the office property and the hotel project, failing to pay more than half a million dollars in utility bills and failing to get Midland’s consent to perform construction work at the office property, among other allegations. Midland is seeking a court order that the Reschke venture immediately pay off the $45.7 million balance of the loan, which the Reschke venture took out in 2016, as well as $3.8 million prepayment penalty.

The loan is only secured by the office portion of the building that includes a first-floor lobby and floors 13-17, but the foreclosure lawsuit also names as defendants the Reschke venture developing the hotel on floors 18 through 22 at the building as well as a venture controlled by Orlando, Fla.-based Estein USA, which owns the JW Marriott Chicago. It’s unclear why those ventures are named as part of the lawsuit, though the complaint specifies that each venture has an easement agreement with the office venture for shared space in the building.

Tenants in the office portion of the building include human rights organization Heartland Alliance and several law firms.

Neither Reschke nor spokesmen for Estein or Midland could be reached for comment. Hyman, CEO of Chicago-based real estate brokerage and property manager firm Millennium Properties, acknowledged he has been appointed as the receiver for the LaSalle Street property but declined to comment further.

Reschke’s venture has owned the 208 S. LaSalle offices since 2005, when his Prime Group paid $44 million for the entire Daniel Burnham-designed building and proceeded to spend close to $400 million renovating it and converting the first 12 floors into the 610-room JW Marriott, which opened in 2010.

Reschke listed the upper floors of the building for sale in 2012 seeking around $70 million, but ultimately refinanced the property in 2014 and laid out a plan to convert part of the upper floors into more hotel rooms. That plan sat idle for several years until the developer struck a deal with Marriott International to develop a boutique hotel on the top floors of the building that will be dubbed the Reserve—named for the Federal Reserve bank building next door—and part of Marriott’s Autograph Collection.

Reschke won a Cook County Class L tax incentive earlier this year for restoring aspects of a landmark building as part of the $73 million project and told the Chicago Plan Commission in February that the hotel would be completed by the end of 2021.

That project and the foreclosure lawsuit come as the JW Marriott hotel grapples with its own debt issues. The senior portion of a $203.5 million mortgage on the property was one of many hotel loans transferred to a special servicer last year amid the pandemic, a signal that the hotel’s owner could default on the debt or need to restructure its terms to avoid doing so. The $40 million piece of the loan was packaged with other mortgages and sold off to commercial mortgage-backed securities bondholders.

The Estein venture reached two relief agreements with special servicer Rialto Capital Management and has asked for a third that is now being evaluated, according to a Bloomberg report tied to the loan. A spokesperson for Rialto couldn’t be reached.

The hotel was appraised earlier this month at $236 million, according to the Bloomberg report. That’s up from the $210 million it was appraised at last August, but down dramatically from the $370.4 million value an appraiser gave to the property in 2017 when Estein refinanced the hotel.

Reschke has fought foreclosure before on LaSalle Street. A Prime Group venture was hit with a $50 million foreclosure complaint in 2012 alleging it defaulted on a loan tied to a 35-story building at 11 S. LaSalle St. But Reschke resolved that dispute in 2013 when he landed a $68 million construction loan to convert the vintage building into a 381-room Residence Inn that eventually opened in 2015. Reschke refinanced the hotel earlier this year with a new $141 million loan.

Reschke also made headlines in the local hotel market recently with Spanish luxury hotel owner RIU Hotels & Resorts, which hired him to develop a nearly $200 million, 388-room hotel it is proposing at 150 E. Ontario St. in Streeterville.

Metra is restoring service on all train lines to pre-pandemic levels and won't raise fares next year in hopes more and more riders will return to using the suburban Chicago commuter rail service. … END_OF_DOCUMENT_TOKEN_TO_BE_REPLACED

Over the years, women have crashed through the proverbial “glass ceiling” of many top-level businesses, rising through the ranks and making strides in leadership roles typically held by white men. … END_OF_DOCUMENT_TOKEN_TO_BE_REPLACED

All of Professor Black’s grandparents, including the grandmother who helped raise him, had been enslaved. His father, known as Dixie, worked as a sharecropper in the South and at steel mills and … END_OF_DOCUMENT_TOKEN_TO_BE_REPLACED