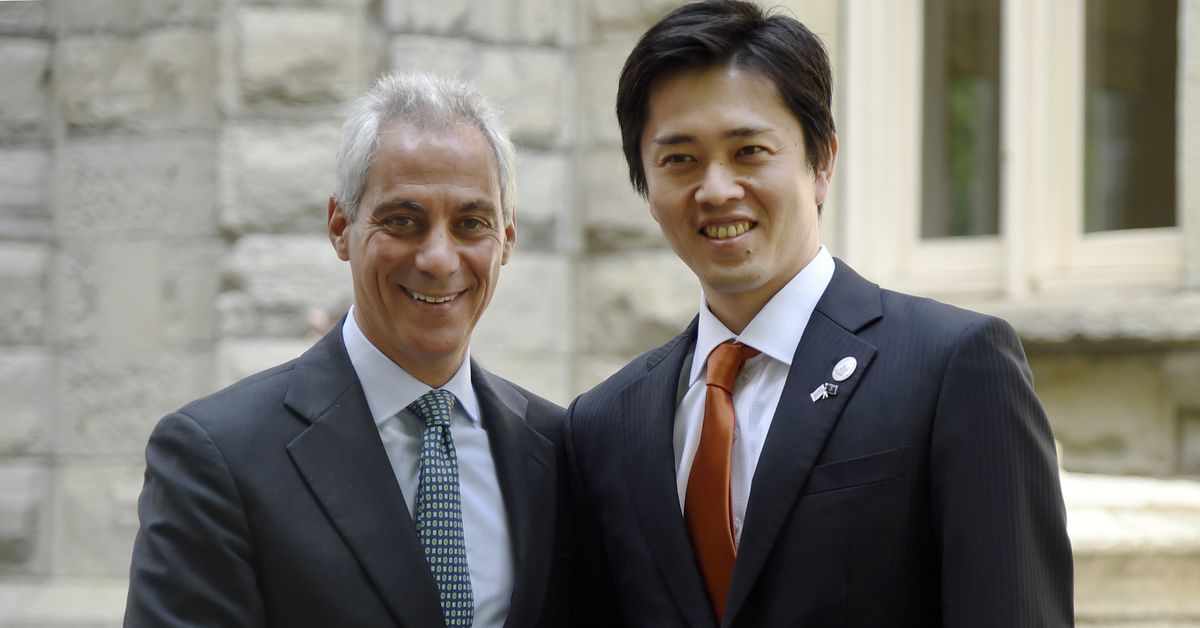 A dozen years ago, through a chain of circumstance too convoluted to relate, the U.S. government invited me to London to speak about Chicago at the Royal Festival Hall.

Of course there had to be a welcoming reception at Winfield House, the Regent’s Park home of the American ambassador, a mansion whose 12-acre private grounds are the second largest in London, behind only Buckingham Palace. At one point in the evening, I found myself being given a tour of the mansion by Ambassador Lou Susman, a Chicago Citicorp executive who greased his slide into diplomacy by vigorous fundraising for the Democratic Party. His wife had decorated the vast Neo-Georgian interior with their collection of stark modern paintings. Rather jarringly, in my opinion, though I kept that to myself.

“Sometimes I wake up in the middle of the night and go to take a ….” umm, visit to he bathroom, Susman said. “And I look around and I think: ‘I’m just a Jewish kid from Pittsburgh.”

That sense of awe at one’s lofty station in life is part of the appeal of ambassadorship. Susman certainly wasn’t rhapsodizing the joys of navigating Anglo-American relations, which began, remember, in revolution, include such dubious low points as the British burning the White House and America standing by while Hitler battered England. The 21st has gotten off to a rocky start, with both populations effectively joining hands and hurling ourselves off the cliff of nationalism and folly, Great Britain with Brexit, and America with you-know-who.

The prospect of Rahm Emanuel becoming ambassador to Japan has gathered some attention — it was asked about at a White House press briefing on Friday. Still, it might not happen — neither Emanuel nor the White House will confirm reports. Maybe it’s one of those famous trial balloons. Perhaps Rahm is jealous of the sickeningly sweet puff piece the New Yorker ran a few weeks ago about his brother, Ari, and ginned up some fictive good press of his own.

Still, an apt time to ponder the question of why Rahm would be dispatched to Japan.

His past fundraising may be involved; that was the special skill that got him into politics. He’s likely been busy ducking behind velvet curtains and slithering along baseboards, silently lifting heavy wallets and tossing them with a deep sigh of admiration into gilded Democratic coffers. That must be rewarded.

Still, I like to think Rahm would be shipped to Japan for the same reason Carol Moseley Braun was exiled to New Zealand — because it’s about as far away as they can be sent without leaving the earth’s magnetic field.

Why would he go? Well, Rahm loves to travel, and to seem important, and being an ambassador to a major country combines both. He’s has to do something. Being a TV pundit obviously fizzled, as did writing books. (What, you missed “The Nation City: Why Mayors Are Now Running the World”? Don’t feel bad, you’re not alone.)

The downside of course is the prospect of a nomination hearing, where progressives, who hate Rahm for a variety of sins, from kneecapping Barack Obama’s health care reform to dumping bales of your tax money over the body of Laquan McDonald in a futile attempt to conceal the murder.

I see it differently. As an opportunity. How much do you know about Japan? Sushi, Godzilla, manga comics and … that’s about it, right? You couldn’t name the prime minister if I put a gun to your head. Don’t feel bad. Neither could I, and I’ve been to Japan, several times, and try to keep current on these things. I thought the prime minister was still right-wing nationalist creep Shinzo Abe. But he retired last September. Whoops. It’s now … Yoshihide Suga, an Abe underling who is also itching to get Japan back into the war business.

See? Rahm hasn’t even been officially nominated for the ambassadorship and already he’s doing good, spreading knowledge. I checked out the ambassador’s residence in Tokyo since, given the cramped real estate there, for one wild moment I happily pictured it as a cramped cubbyhole in Akasaka Mitsuke, a densely crowded area of a densely crowded city. No such luck. Three acres, with a weird white stucco kinda Moorish building. Not Winfield House, but not bad. Rahm will feel at home, and we’ll love having him there.

CHICAGO, Ill., June 24, 2021 (SEND2PRESS NEWSWIRE) — Swift Homes, a Chicago-based property purchasing company that buys homes for fair prices to rent out to local families and which is backed by a … END_OF_DOCUMENT_TOKEN_TO_BE_REPLACED