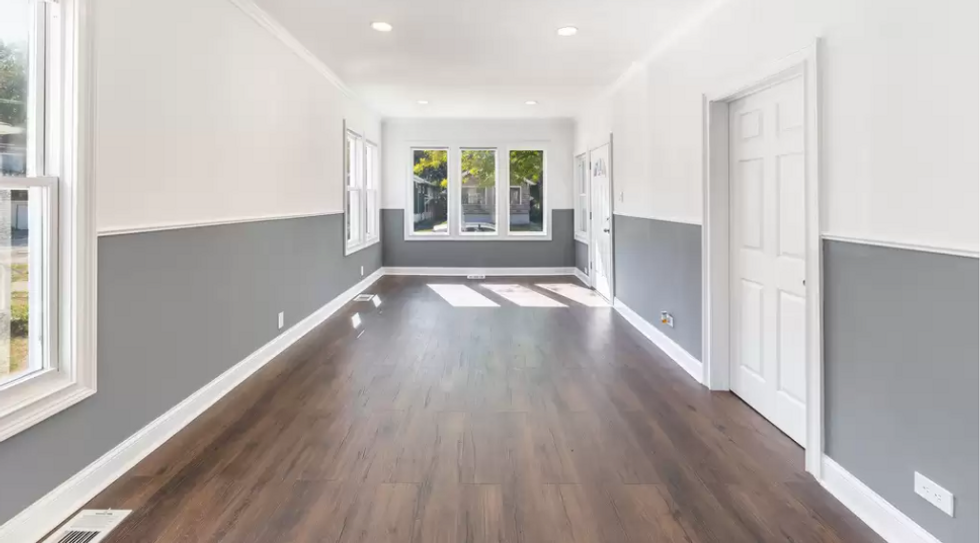 If you’re dying to buy a home but the prices in your city are just too wild, you might want to move to Chicago.

The city was just ranked as the most affordable housing market in North America, according to the North American House Affordability Index from Oxford Economics.

Chicago ranked No. 1 in the HAI rankings and there are plenty of cozy-looking homes available there for under US$200,000.

And we’re not talking about total fixer-uppers or creepy shacks, either.

You can get a place with a couple of bedrooms, a garage and more than 2,000 square feet of livable space for that price.

Just take a look at this one we found on Realtor.

It’s a detached home listed for just under $170K in the southern part of the city.

It’s got four bedrooms, 1.5 bathrooms and a cute little space on the second floor.

The kitchen is also pretty sweet.

The unfinished basement is huge, there’s a garage at the back of the lot and there’s even a nice backyard that you can do all kinds of things with.

That’s just one example of what you can get in Chicago for less than you’d pay in most major cities.

In other words, you can get a nice little detached home in Chicago for less than half of what you’d pay in Toronto, New York or Vancouver.

Chicago Shooting News Live: A gunman on a rooftop opened fire on an Independence Day parade in suburban Chicago on Monday, killing at least six people, wounding at least 30 and sending hundreds of … END_OF_DOCUMENT_TOKEN_TO_BE_REPLACED

The real estate industry is beyond crowded — it seems like agents are popping up everywhere and taking aim at your clients. So, how can you cut through all that noise to stand out? You’ve got to … END_OF_DOCUMENT_TOKEN_TO_BE_REPLACED

Chicago Mayor Lori Lightfoot confirmed to the New York Times that the Chicago Police Department is assisting in the response and investigation.  “Law enforcement is working hard to bring the shooter … END_OF_DOCUMENT_TOKEN_TO_BE_REPLACED