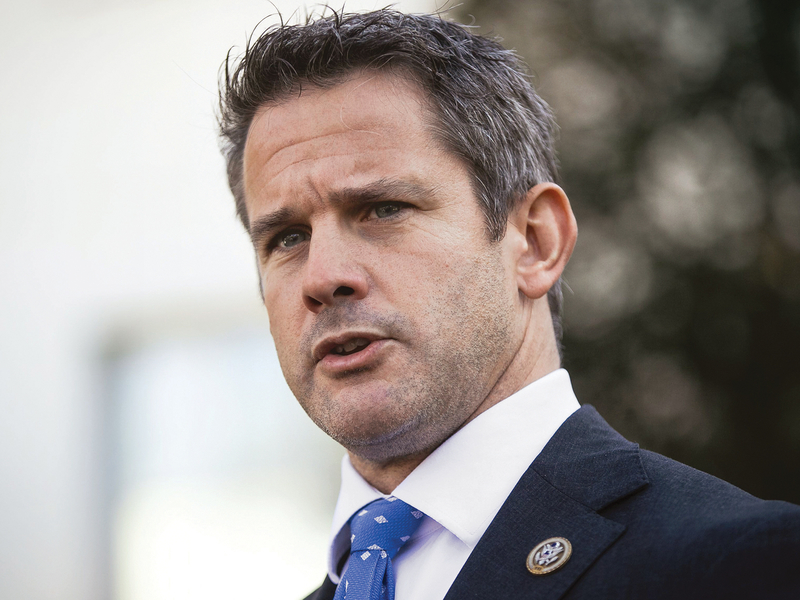 Overall, corporate, leadership and conservative PACs gave $1.6 million to the House incumbents, compared to $17,500 for challengers. Prosperity Action PAC, started by former House Speaker Paul Ryan, gave to all 10 incumbents who voted to impeach. The PAC for Alphabet Inc.’s Google gave to nine of them.

Entrepreneur Kimbal Musk, the brother of Elon Musk, who has supported both Democrats and Republicans, gave $2,800 to each of the 10. They also each got $2,800 contributions from Chris Larsen, co-founder of Ripple Labs Inc. and $2,900 from John Chambers, the former executive chairman and chief executive officer of Cisco Systems Inc.

Some longstanding Democratic donors who poured millions into super PACs that supported President Joe Biden also crossed over to donate to the 10 Republicans who voted to impeach. Seth Klarman, CEO of Baupost Group LLC and Stephen Mandel, founder of Lone Pine Capital, each made $2,900 donations to the 10 incumbents.

But Republicans poured in money, too. Cheney, who raised the most among the 10, got $10,000 donations from Senator Mitt Romney’s Believe in America PAC and the Republican Jewish Coalition PAC, and $5,000 from leadership PACs led by Ryan, Senators Mitch McConnell of Kentucky, Bill Cassidy of Louisiana and Shelley Moore Capito of West Virginia. Hedge fund manager Paul Singer gave her $5,800, the maximum $2,900 for the primary and the election, and her parents, former Vice President Dick Cheney and his wife Lynne, each kicked in $5,600.

Trump said in a statement issued Wednesday through his PAC that he would endorse an opponent to Cheney, one of his most vocal critics, “soon.” Trump also discouraged multiple candidates from challenging her and splitting the vote, but she already has four.

But all this good luck for the incumbents may not last.

Republican donors who don’t share Trump’s enthusiasm for settling scores are worried that his army of online donors have yet to contribute. The 10 incumbents who voted for impeachment raised just 8.8% of their money from grassroots contributors who give less than $200.

“Trump – and those loyal to his brand – is still king when it comes to bringing in grassroots dollars,” said Dan Eberhart, a Republican donor and fundraiser. “Incumbents who voted against Trump have to be worried.”

CHICAGO — The City Council on Monday delayed a vote on Mayor Lightfoot’s curfew change — but a group of young residents are urging members to vote no. The young adults are part of the racial … END_OF_DOCUMENT_TOKEN_TO_BE_REPLACED

The fire at the former Pheasant Run Resort, 4051 E. Main St., broke out Saturday afternoon, sending huge plumes of smoke into the sky surrounding the closed resort and drawing dozens of onlookers who … END_OF_DOCUMENT_TOKEN_TO_BE_REPLACED

As the 2022 political season gets into full swing, one of the most intriguing candidates for elected office is Herschel Walker. The star running back with the University of Georgia and Dallas Cowboys … END_OF_DOCUMENT_TOKEN_TO_BE_REPLACED