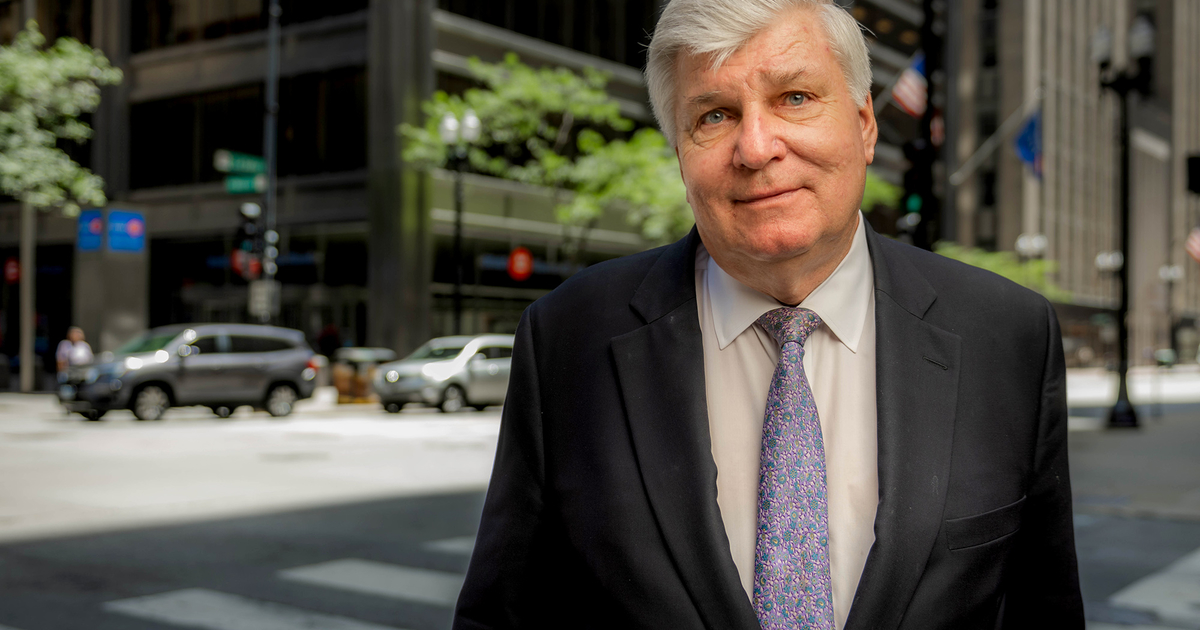 Reschke plans to spend more than a billion dollars on projects downtown, a massive gamble hedged only by the steep discounts he’s getting and some creative risk mitigation strategies. For example, if Reschke sticks to his budget to overhaul the dilapidated 1.2 million-square-foot Thompson Center and sell back a portion to the state of Illinois, Illinois taxpayers will have paid his firm close to $76 million to build the state new office space and assume the risk of finding office and retail tenants for the nearly 800,000 square feet of remaining space. Reschke says he is scheduled to close on his acquisition of the property this summer and expects the project to be completed by early 2025.

One potential game-changer for the project—and the entire Loop—is that Google is also said to be eyeing new offices on LaSalle Street. That could include an eventual purchase of the Thompson Center itself, though Reschke denies he has had any discussions with the company about such a deal.

Down the street, Prime Group is in talks to buy the BMO properties for a fraction of the $191 million loan on the buildings and will have a couple more years of lease payments from the bank to help buy time for the office market to recover.

Reschke’s investment thesis counts on the city getting a handle on both the reality and perception of violent crime downtown. He implores public officials to beef up security on CTA trains to help people feel more comfortable with public transportation, one of the Loop’s most important strategic advantages.

Reschke also expects the trend of companies shedding office space as more employees work from home to reverse eventually. Even as downtown office vacancies reach record highs, he predicts the most talented workers will still want their own workspace in office buildings. “Just because they only come to work three days a week doesn’t mean there’s less demand for office space,” he says.

He’ll have to convince financial backers to share that vision at a time when many lenders are taking huge losses on downtown properties with severely depleted values. The developer himself is feeling the pain: Lender Midland Life Insurance last year filed a $50 million foreclosure suit alleging a Prime Group venture defaulted on its loan tied to a five-floor block of offices above the JW Marriott Chicago hotel at 208 S. LaSalle St., an allegation Reschke vehemently denies. A Cook County judge recently allowed the receiver on the property to begin marketing it to other investors.

Yet Reschke, who rose to prominence by building a multibillion-dollar portfolio of properties in the 1980s, has escaped trouble before. Like the way he refinanced properties through public securities markets after that highly leveraged portfolio saw its value plummet as the economy tanked in the early 1990s. Or when he refinanced the Residence Inn on LaSalle in February 2021—11 months into a crisis that all but froze travel demand—with $141 million in new debt. Name a development incentive program, and it’s likely Prime Group has used it.

“I don’t think anybody’s found more creative financing sources than Mike Reschke,” says veteran developer Steve Fifield. He and others in the real estate community are “holding their breath” to see if Reschke can pull off his Thompson Center redevelopment. “Until he gets his capital put together and closes on it, he’s going to keep those plans to himself. But he clearly has a couple ideas up his sleeve.”

Few are willing to speak publicly about Reschke’s development track record, but more than a dozen prominent players in local commercial real estate describe a mixed reputation: Several call him a numbers savant and old-school dealmaker whose projects are of exceptional quality and aesthetically distinguished. But many also point to undisciplined spending and a habit of sewing together complex webs of partners and incentives that can unravel.

Reschke acknowledges his tendency to “spend more than I should,” a proclivity that may stem from a passion for design he picked up from the late architect Ricardo Bofill. The two worked together on big Prime Group projects at 77 W. Wacker Drive and 131 S. Dearborn St., now known as Citadel Center.

He blames “black swan” economic downturns for setbacks that sometimes forced him to give up promising development sites. Prime Group owned properties at 150 N. Riverside Plaza, 300 N. LaSalle St. and 71 S. Wacker Drive before selling them to other developers that built skyscrapers on them, deals he says he struck when he needed cash.

“If you’re sailing a ship, you don’t like rough seas, but sometimes you have no choice. You have to navigate through the rough seas and you don’t want to sink the boat. Our boat is still afloat after 42 years, and we rode through a lot of rough seas,” Reschke says.

The Arlington Heights native, who worked as a union tile setter in his late teens and later spent three years as an attorney before moving into real estate, hopes an economic upturn will help his downtown projects. But he says he’s “100% confident” in his ability to finance and follow through with all of them even if a recession deals another blow to downtown.

“Otherwise we wouldn’t be making this (bet)—let alone at this stage in my life—that Chicago is fine and is going to thrive,” Reschke says. “And if I’m wrong, I’m wrong. But at least I’ll leave Chicago with some beautiful buildings.”

Democrats called the bill the largest investment in fighting climate change ever made in the US, and it’s projected to help cut greenhouse gas emissions by about 40% from 2005 levels by the end of the … END_OF_DOCUMENT_TOKEN_TO_BE_REPLACED