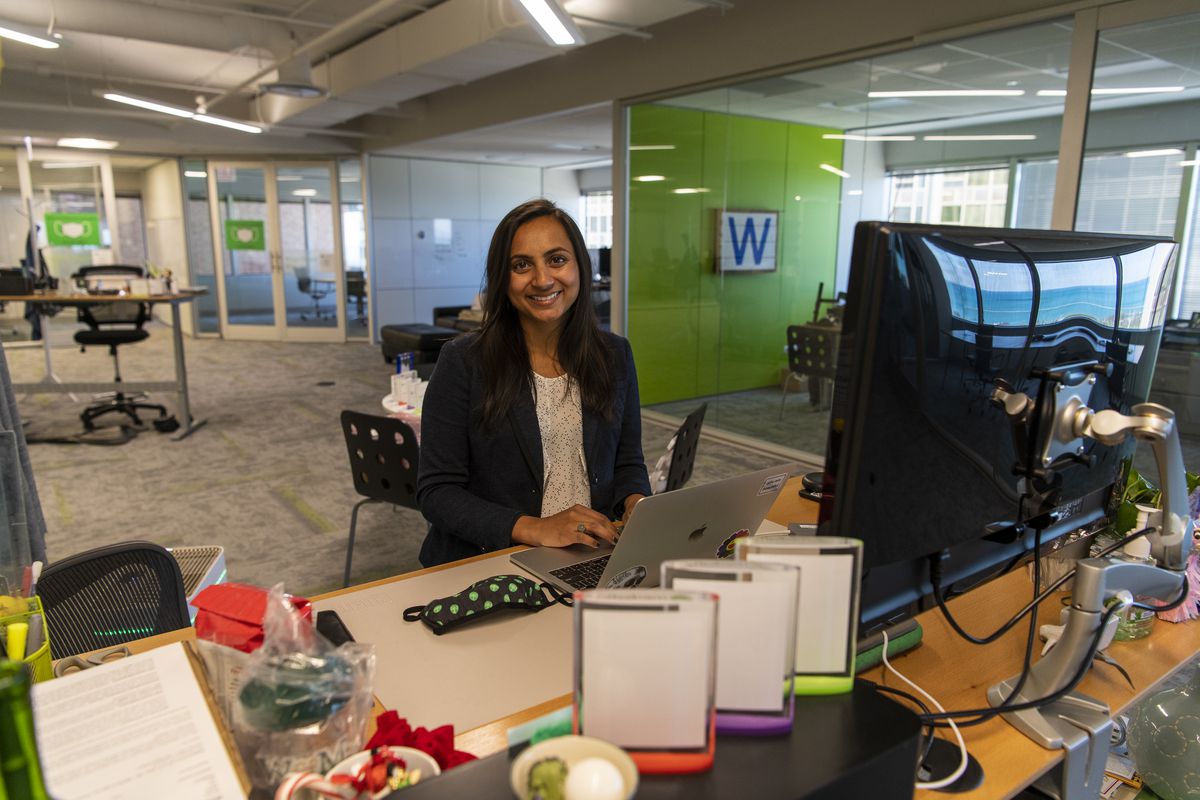 Maybe it’s the traffic on the Kennedy. Or maybe it’s how many ramps you ascend in that downtown parking garage.

People whose jobs take them in or near the Loop have devised their own measurements for how quickly remote work is abating and downtown offices are repopulating. The return to workplaces has been slow but the pace is picking up. Employers are planning to bring more staff back, with flexibility in mind.

“Every day, I see a few more people,” he told a meeting of business leaders Tuesday. “The Starbucks across the street is busier every day.”

With COVID-19 vaccines more common, Casper said he wants more downtown staffers of Chicago’s second largest bank back at their desks in early June. He’s aiming for a 50-50 split between office shifts and working from home, but he emphasized there will be adjustments based on personal needs.

“If you’re not comfortable, you need to talk to your manager,” Casper said. And he’s urging managers to be generous. “We told everybody, ‘Check your judgment gene at the door on this one.’”

Other large Chicago employers, such as J.P. Morgan Chase and the investment firm Citadel, are asking more employees to return this summer on at least a hybrid schedule. The Chicago Loop Alliance, which promotes downtown business activity, said those announcements alone should account for 10,000 people coming back downtown.

Steve Rappin, president of Evergreen Real Estate Group, in the company’s offices that have been renovated with fighting the pandemic in mind. “Every surface is new,” he said.Anthony Vazquez/Sun-Times

Technology giants with significant Chicago payrolls are rolling out their own plans, but they aren’t abandoning remote work. Google has said it wants more staff back starting in September. Facebook has been more friendly to remote work, saying many employees can keep doing it permanently, although they might be in for pay cuts if they move somewhere with a cheaper cost of living.

Smaller companies also are repopulating offices, but with strategies they say depend on health advisories and progress against the pandemic. Steve Rappin, president of Evergreen Real Estate Group, said about 15 of 70 staffers use the main office at 566 W. Lake St. Nothing will be mandatory, but he said more will be encouraged to return starting July 6.

His workers will find a completely redone office. Rappin said he used a closure of several months to complete a renovation of the loft-style space. “Every surface is new” and there is more room per-worker, he said. “We had the good fortune of being able to start from scratch,” he said, with the office getting improved air filtration and ultraviolet lighting for disinfectant.

But with all that, he said many workers are reluctant to get back to normal. “Most people are afraid of COVID and they don’t want to come in,” Rappin said. He said the fear extends to using public transportation.

As companies reopen, they’re learning that an aversion to crowded trains and buses is keeping some staffers at home. Other people have found remote work preferable, or they need to stay home because of child-care issues or schools not being in session. Many, however, will jump at the chance to get out of the house.

TJ Patel, vice president of operations at Mediafly, at the company’s downtown office that’s designed to be more appealing than working from home.Tyler LaRiviere/Sun-Times

At Mediafly, a provider of sales and marketing software, the workplace at 150 N. Michigan Ave. has been redesigned to make it “more stimulating than working from home,” said CEO Carson Conant. He said the office, which overlooks Millennium Park, traditionally has been popular with visiting customers, and he sees a gradual uptick in that activity.

The company has installed AiroDoctor, an air purifier said to kill the coronavirus. Desks have been realigned to be at least six feet apart. The building itself, like most others downtown, has its own health protocols, such as temperature checks. TJ Patel, vice president of operations, said 90% of the Chicago staff of about 50 are working from home and that while they are encouraged to return, it’s an option and not an order.

While auto traffic has increased and some hotels have reopened, the cubicle comeback has been slow. Keating Crown, managing principal at property landlord Sterling Bay, said that early in the pandemic a year ago, only about 6% of workers were occupying the space his firm owns. He said that number now is in the teens, which fits with a Chicago Loop Alliance preliminary report for April that said downtown office occupancy was 16% of normal.

The alliance also said its downtown pedestrian counts took a slight dip in April compared with March, a result it attributed to chillier weather. Loop foot traffic — measuring workers, visitors and residents — generally has been rising for months. The biggest increase the group noted was in downtown parking business, now 87% of a normal year.

“We know that the culture around work will shift to support flexibility and safety, as the COVID-19 pandemic is not yet over, but we anticipate a bustling Loop this summer,” said the alliance’s CEO, Michael Edwards.

Despite the doubts the pandemic has raised about economic recovery or demand for commercial real estate, some companies are expanding. While office leasing is quiet, brokers say site tours are up substantially as firms consider locking in long-term deals at appealing rents.

Calamos Investments took that plunge, leasing the two top floors of an office building completed last year at 215 N. Peoria St. in Fulton Market. It’s an expansion from its longtime home in Naperville.

John Koudounis, Calamos CEO, said the move should be complete late this year. The building’s interior was a work in progress when the pandemic hit, so the developers could incorporate changes intended to fight infections, such as elevator controls that are foot-operated and paint certified to kill bacteria.

Koudounis said the location will help him attract workers drawn to a lively city neighborhood. He said the space for about 140 workers will be configured so that about half can be used for workers who arrive occasionally. Most of the staff is currently remote, he said.

“I know people are going to go back to work and to a certain sense of normalcy. You have to plan for it,” Koudounis said. 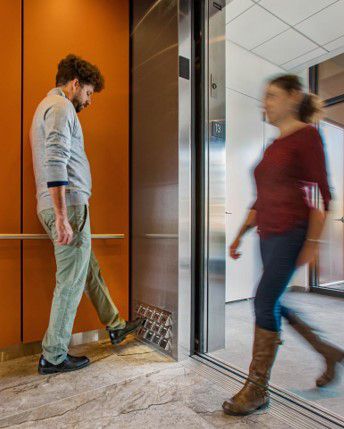 Harmon finally adjourned the Senate with the prediction that a bill ultimately would pass. Environmental advocates and union representatives would meet "as soon as tonight" to continue to try to hash … END_OF_DOCUMENT_TOKEN_TO_BE_REPLACED

Who ever thought that we could transition so quickly from high to low inventory? Of course, there are still houses for sale. For instance, Winnetka currently has 46 listed homes, some of which … END_OF_DOCUMENT_TOKEN_TO_BE_REPLACED