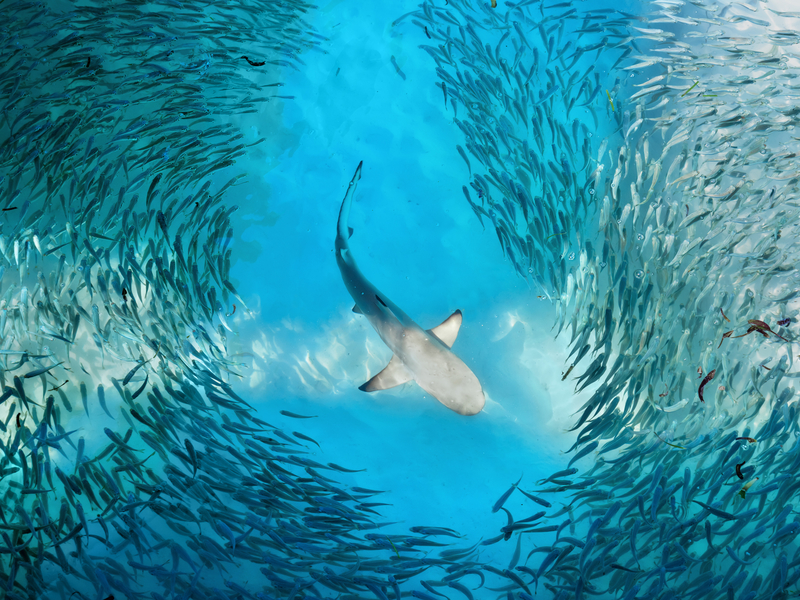 Feeding Frenzy has been bringing together angel investors and venture capitalists and private lenders with cash-starved business owners since 2010 in a format that has typically drawn an attendance of 200 people or more listening to presentations from a dozen or so mostly youthful companies. The events, which have been held in spaces as varied as co-working complexes and auto dealerships, were suspended last year amid the covid-19 pandemic.

In February Feeding Frenzy returned for the first time in more than a year with a digital event held over Zoom that drew a crowd of 50. Another digital fundraiser is scheduled for May 24 with as many as eight corporate presentations scheduled and an audience of at least 100 expected to attend. David Culver, the head of VentureSHOT in Chicago, the sponsor of the events, now is laying plans for a return to live performance in either September or October.

“The Feeding Frenzies are a great way for young companies to get matched up with investors who can walk around and look at their products and make small talk with company founders. It’s hard to accomplish that on a digital platform,” Culver says. “Some of these companies are hungry to get maximum exposure in the investment community. They’ve had a tough time in the past year.”

VentureSHOT has been staging three or four Feeding Frenzies annually since Culver and two partners, now departed, came up with the idea. The timing eleven years ago was no accident, as the economy was at a low ebb coming out of the 2009 recession. “At that time, banks weren’t lending,” Culver recalls. “We had early-stage companies with customers and revenues that could not get lines of credit. At the same time, a new generation of angel investors was cropping up that had yanked their money out of the stock market and was looking for new places to put it. Our timing was perfect. We just didn’t know it would end up being so popular.”

One of the early exhibitors was Jay Harris, today the president and owner of Infinitybox in Wood Dale, which makes electronic controls for commercial trucks. He presented at the very first Feeding Frenzy and was voted Best of Show, meeting two angels in the process who together extended $650,000 in funding. “That was crucial money for us at the time,” Harris says. He ended up coming back to another Frenzy two years later, met more investors and raised another $150,000 in what he calls a second angel round. “It wasn’t just the money we raised,” Harris remembers. “From the judges I got some very valuable critiques on the direction our business was going in.”

Some events start in the morning and run all day, while others start in the early evening and run into the night. The attendance is divided among investors, entrepreneurs and members of the so-called small-business ecosystem, ranging from lawyers and accountants to graphic designers and technology consultants.

Within a half-hour time slot, business owners make their pitch for eight minutes and then face 15 minutes of questions from an expert panel looking for holes in their presentations. That’s followed by more comments from the audience and a vote that rates a company on one of three levels: Fundable, Still Fishing (requiring more information and preparation) or the dreaded thumbs-down Go Fund Yourself. At the end of the entire session a Best of Show is anointed. In between, companies are invited to set up displays in a side room to get close up with curious visitors.

Participants include entrepreneurs like William Furlong, the founder and owner of SquareStack, based in Oak Brook, which has devised what it calls an apps command center that serves as a universal gateway for all technology tools. Furlong, who worked for Crain’s in the 1990s as an advertising salesman at sister publication Advertising Age before going on to start up three companies in rapid succession between 2008 and 2016, founded SquareStack in 2017 and presented a pitch at the February Feeding Frenzy, winning Best of Show.

Furlong met a half-dozen interested investors that night, and also came away with some valuable advice. “I was told to be succinct and not to over-inform when I’m talking to investors, who are likely to prefer measurable sound bytes,” Furlong says. “Entrepreneurs are so passionate about their companies and imbedded in the details of their operations to such an extent that they often overexplain everything. The idea is to give listeners a taste of your business model. If they are interested they’ll come back by later on to learn more.”

Culver, 53, ran a business unit at publicly-traded Anixter, a wire and cable maker based in Glenview, and later started up a Grayslake-based online marketer of outdoor garden decorative accessories called Forward Momentum. Along the way he noticed how difficult it was for small business owners to get on the meeting schedules of lenders and investors. He decided that a Feeding Frenzy, if a bit chaotic in format, was the best way possible to get both sides together in a room. Culver spends much of his time ahead of events prepping entrepreneurs on their speeches and graphics.

“Things can go wrong,” Culver admits. “Some presenters may end up in arguments with investors. Their businesses are labors of love and if they’re faced with adversity they may not take it well. It’s like somebody telling you your baby is ugly.”

In many cases no funding at all emerges from a company presentation. Justin Romano, the CEO of BUILTbyBackspace, is a Chicago-based web designer and visual marketer who attends Feeding Frenzies in search of clients who are candidates for his services. Philip Murphy, the owner of CallPotential in Naperville, a communications platform for self-storage centers and multi-family buildings, attended his first Frenzy in 2013 seeking $300,000 in funding. Judges that night suggested he widen his audience to multi-family buildings for the first time and Murphy came away resolved to fund his company himself. He’s returned several times since as a judge.

“There is nothing in being a panelist for me directly,” Murphy, who currently commands a staff of 55 people, says. “But by being there I’m helping out the community of young companies growing here. I get satisfaction in that.”

The community is big enough to support other venture events. The entrepreneur center at Northwestern University called The Garage sponsors matchmaking events periodically. Business Network Chicago conducts evening mixers. For Feeding Frenzy, the model isn’t exactly TV’s “Shark Tank,” Culver points out. “In ‘Shark Tank’ the audience loves to watch business owners burn. That boosts ratings,” he says. “We aren’t after ratings. We want to be supportive and see companies here do well.”

CHICAGO (CBS) – It’s a special Thanksgiving morning in the loop. After two years, a Chicago tradition returns. The Chicago Thanksgiving Parade returns Thursday and will feature the traditional, large … END_OF_DOCUMENT_TOKEN_TO_BE_REPLACED