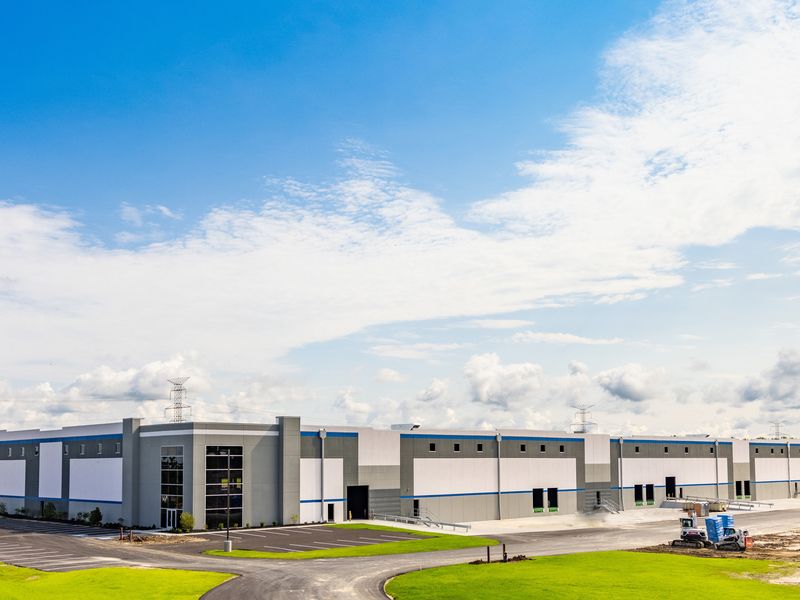 JLL Inc. (NYSE: JLL), the Chicago real estate brokerage with a Cleveland office, reports that construction is concluded at Gateway Commerce Center, a 434,000-square-foot warehouse on U.S. 43 in Streetsboro that was developed by Geis Cos. and Westminster Capital, a Chicago real estate investment firm.

In times past, finishing a speculative new building without tenants would be a worry. But such is not the case in today’s e-commerce-driven industrial market, where speed-to-operation is a big factor.

Moreover, David Stecker, a JLL senior vice president in Cleveland leading the leasing effort, said there are about a half-dozen serious prospects for the property. Although he wouldn’t name them because they have not committed to the building yet, he said the prospects range in size from 250,000 square feet to those large enough to take the entire structure.

“There is an advantage to tenants being able to see and touch the building rather than leasing off of drawings,” Stecker said in an interview.

Gateway Commerce Center is a virtual duplicate of the building that Amazon leased that Westminster Capital developed and Geis built in 2019 in Glenwillow. That also was finished before an occupant committed to it. It’s also provides a telling difference between the post-pandemic industrial expansion and even the year before it.

“We feel we have much more activity today than they did then,” Stecker said.

JLL’s second-quarter industrial market report also provides reassurance for the development team. It puts Northeast Ohio vacancy among industrial properties at 5%, up slightly from the first quarter, and the same range as it has been in over the past four years as the market dramatically expanded.

George Pofok, a senior vice president at Cushman & Wakefield Cresco realty brokerage in Independence, said he views the market in terms of what’s immediately available. And on that basis, there are just three spaces in Northeast Ohio large enough to accommodate a tenant of 350,000 square feet.

Pofok noted that the current wave of large warehouse projects is far different from what the region experienced when expanding industrial users provided most of the demand in the 1970s and 1980s. With growing e-commerce and more distribution centers in the area, he said it is making for a more dynamic region than this part of Ohio has seen since the 1970s.

A representative for Vistria declined to comment. Founded in 2013 and led by Marty Nesbitt and Kip Kirkpatrick, Vistria manages more than $8 billion in assets and invests across health care, education … END_OF_DOCUMENT_TOKEN_TO_BE_REPLACED