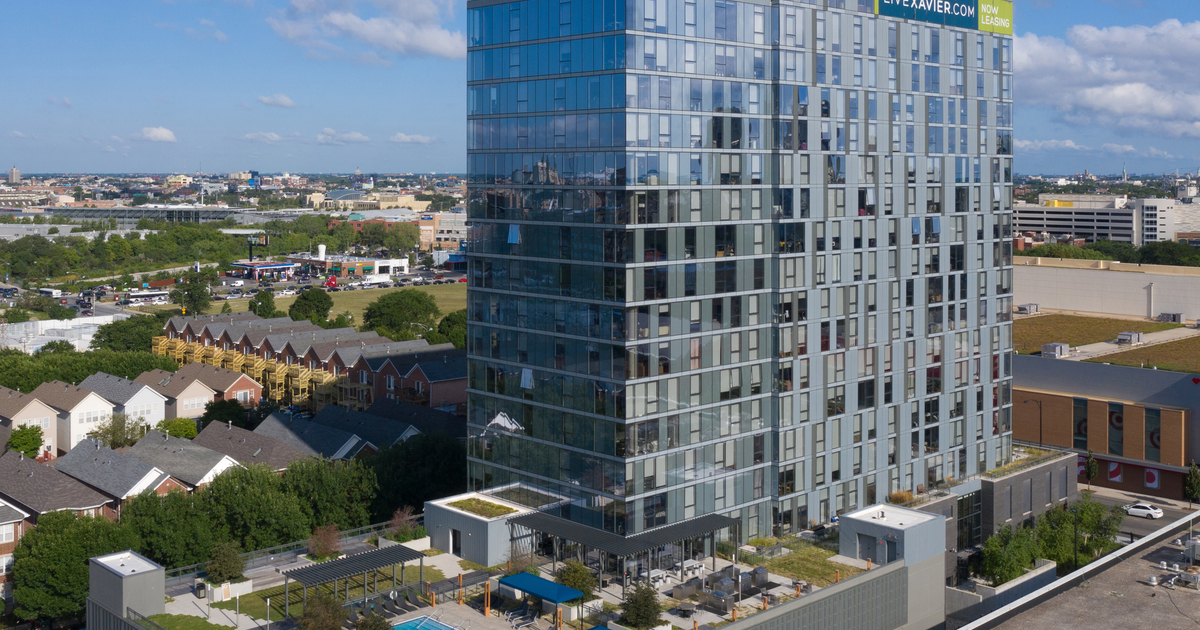 The project was part of a wave of development on the Near North Side that gained momentum after the 2011 demolition of the last high-rise at Cabrini-Green, the infamous public housing project in the neighborhood. A Target store and the NewCity shopping center opened within a few years, and multiple apartment buildings popped up nearby, filling in the area between North Avenue and Division Street. Chicago-based Structured Development recently broke ground on a 450-unit residential project at 1450 N. Dayton St.

With luxury amenities and finishes and high rents, Xavier could fetch a hefty price. In the most recent sale of a comparable building nearby, the 199-unit Residences at NewCity sold for $75 million, or $377,000 per unit, in mid-2019.

The Chicago apartment market struggled in the early days of the pandemic, but rents and occupancies have recovered completely over the past year or so. In one sign of strength, net rents for apartments at Xavier that have turned over this year have jumped 17.2% on average, according to a CBRE marketing brochure.

Yet sales of big downtown Chicago apartment towers have slowed since the beginning of the pandemic, and investors and brokers say many investors are avoiding Chicago for now, wary of crime and the prospect of rising property taxes. Rising interest rates also are increasing borrowing costs, limiting what investors can pay for buildings.

The CBRE brochure highlights Xavier’s location in an area that’s undergoing a metamorphosis and attracting billions of dollars in investment. The building is close to the Lincoln Yards development, Goose Island and the proposed Bally’s casino, just south on the Chicago River. The “thousands of jobs and new amenities” coming to the area “will fuel demand for the near and long term,” the brochure says.

Chicago Shooting News Live: A gunman on a rooftop opened fire on an Independence Day parade in suburban Chicago on Monday, killing at least six people, wounding at least 30 and sending hundreds of … END_OF_DOCUMENT_TOKEN_TO_BE_REPLACED

The real estate industry is beyond crowded — it seems like agents are popping up everywhere and taking aim at your clients. So, how can you cut through all that noise to stand out? You’ve got to … END_OF_DOCUMENT_TOKEN_TO_BE_REPLACED

Chicago Mayor Lori Lightfoot confirmed to the New York Times that the Chicago Police Department is assisting in the response and investigation.  “Law enforcement is working hard to bring the shooter … END_OF_DOCUMENT_TOKEN_TO_BE_REPLACED