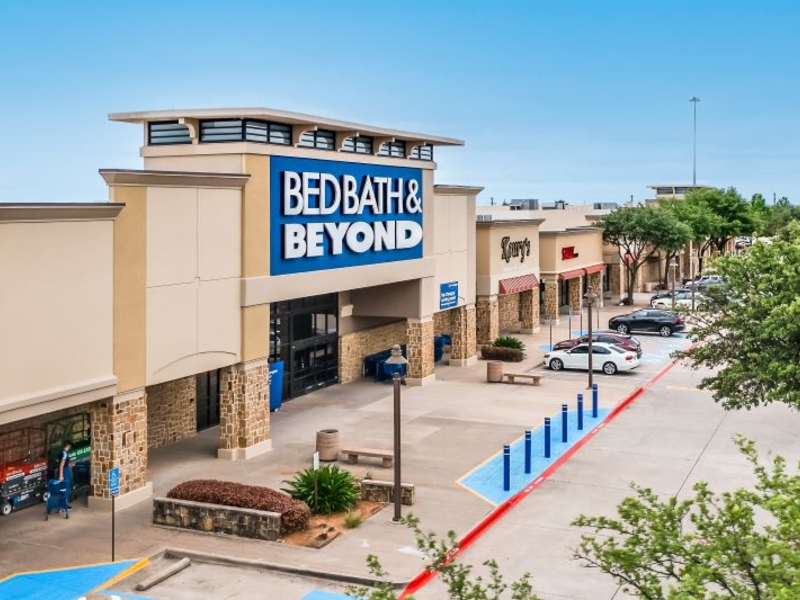 It’s too early to guess how the company will be received on Wall Street. After a rough 2020, shares of shopping center REITs have soared this year, though retail real estate still faces an uncertain future as more consumers shop online.

With a stock market capitalization of about $1.7 billion, the smallest among its peers, InvenTrust aims to expand through acquisitions, mainly in the Sun Belt. It’s not carrying a lot of debt, so the REIT has the financial capacity to load up on more properties without stressing its balance sheet, according to a report from Green Street Advisors, a California-based research firm.

“We believe our strong and flexible balance sheet provides a unique opportunity for self-funded growth over the next couple of years,” InvenTrust President and CEO Daniel Busch said in a statement.

InvenTrust shares closed at $26 on their first day of trading, fell nearly 10% yesterday, but were up almost 4%, at $24.38, in midday trading today.

Shares of another local shopping center REIT, meanwhile, are about to end their run on the NYSE. Oak Brook-based Retail Properties of America, which listed its shares on the exchange in 2012, has agreed to a takeover by Indianapolis-based Kite Realty Group. Kite shareholders will vote on the deal Oct. 19.

Investors who have owned Retail Properties stock since it started trading on the NYSE have made out well. Including dividends, the shares have returned 171%, versus 71% for a Bloomberg index of shopping center REITs.

Both Retail Properties and InvenTrust used to be part of the empire created by Inland Real Estate Group, an Oak Brook-based real estate conglomerate that launched several big nontraded REITs in the years before the Great Recession. Inland formed the precursor to Retail Properties in 2003. It followed up in 2004 with another offering for Inland American Real Estate Trust, the company that became InvenTrust.

As it raised $8 billion in equity over the next few years, Inland American stood out as the biggest U.S. REIT not listed on a stock exchange, amassing a diverse portfolio, including hotels, shopping centers, office buildings, even charter schools. The company struggled after the real estate bust, and many investors found themselves trapped, unable to sell their shares because the stock didn’t trade on an exchange.

As the market recovered, Inland American decided to shrink and sell off its nonretail properties, changing its name to InvenTrust in 2015. Today, the company owns 65 properties, mainly in the South, with a focus on grocery-anchored shopping centers.

As a listed REIT, InvenTrust will face tougher scrutiny from Wall Street analysts and money managers than it ever did before. Its high concentration of grocery-anchored properties is a plus: Necessity-based retail with limited e-commerce competition tends to be more popular with investors.

But Green Street predicts that InvenTrust shares will trade at a lower valuation than those for other shopping center stocks. The REIT’s corporate expenses are high relative to the size of the company, and InvenTrust shares could sag as many of its longtime investors decide to cash out, Green Street says in its report.

CHICAGO (CBS) – It’s a special Thanksgiving morning in the loop. After two years, a Chicago tradition returns. The Chicago Thanksgiving Parade returns Thursday and will feature the traditional, large … END_OF_DOCUMENT_TOKEN_TO_BE_REPLACED