Surging sea-levels on the coasts, wildfires in the West, climate change is already affecting the country but you might not know it from real estate trends.

Even as homes are becoming increasingly vulnerable to floods and fires, droughts and storms, more people are moving into at-risk areas than are moving out, according the real estate brokerage, Redfin. Their resistance to altering their behavior comes despite saying they are taking climate change into account and as home insurance rates rise and coverage falls for at-risk homes.

Where are they moving to? The Sun Belt remains popular.

“All of those places have higher than average climate risk compared to the rest of the country,” said Redfin’s chief economist, Daryl Fairweather.

Wildfires have been increasing in frequency in Northern California since 1984. As a result some homeowners are no longer able to get traditional property insurance.

Where aren’t they going? The Great Lakes Region, for one, although it is expected to be more resilient to climate change in the coming years. The region lies in the center of the North American continent, hundreds of miles from a seacoast, on the edge of enormous bodies of fresh water and far enough north to escape the worst of today’s heat waves.

In the San Francisco Bay Area, insurance broker Bruce Roberts worries about wildfires. Roberts, of Freeman Insurance Services, started realizing that insurance policies would be denied to homeowners after wildfires broke out in 2016 around Clearlake and Lower Lake, 130 miles north of San Francisco. The fires sent ash into the air throughout the region.

Bruce Roberts, an insurance broker in Northern California, worries that the increasing number of wildfires makes it more difficult to insure homes.

“It puts us in a tough spot,” he said. “People pay $2 million for a home. They probably aren’t thinking about, “Will I be able to obtain insurance?’ So pretty much our hands are tied because there aren’t really many options.”

A choice of last resort is California’s FAIR Plan, which provides basic fire insurance for high-risk properties when traditional insurance companies will not. Established in 1968, it is a fire insurance pool made up of all insurers licensed in California whose members share the profits, losses and expenses based on their participation.

But the plan’s coverage is limited and it is meant only as a temporary safety net.

The non-renewal of insurance in ZIP codes with a fire risk rose 61% in 2019. California has begun imposing moratoriums on non-renewals to give communities and homeowners time to reduce the risks of wildfires and restore affordable insurance choices.

A report from the California Department of Insurance released in December found that non-renewals actually fell 10% in 2020 compared to the year before, but more than 80% of that drop was a result of moratoriums. Meanwhile the number of policies with the FAIR Plan rose for the second year to a new high.

Statewide non-renewals by insurance companies affect fewer than 3 percent of policyholders in California, the country’s largest insurance market. The rate is higher however in areas of the state with with the greatest risk of wildfires, Department of Insurance says. 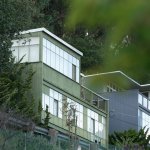 Climate change means homes are more vulnerable to floods, fires, droughts and storms. But more people continue to move into at-risk areas than move out.

Roberts notes that the wildfires have increased in frequency.

“Before that…you saw a fire here, there,” he said, “but now it’s like you’re hearing about fires every other month, every few months.

“What’ll happen is people will definitely start leaving,” he said.

A study from UC Davis in September 2020 found that wildfires have been on the rise in Northern California since 1984. High-severity ones have multiplied by about 10% each decade. The drought of 2012 to 2016 was particularly devastating, nearly quadrupling the area that burned severely, the study says.

“The severity of wildfires has been increasing over the past four decades,” the lead author Yuhan Huang, a graduate student researcher at UC Davis, said in a statement. “We found that fires were much bigger and more severe during dry and hot years compared to other climatic conditions.” 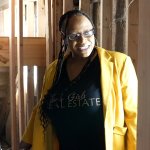 Across the country, in Chicago, the biggest threat is flooding as the highs and lows of the waters of Lake Michigan swing wider. Though the Great Lakes region is expected to withstand climate change more readily, it is not immune. Flood losses in the city cost taxpayers $1.8 billion between 2004 and 2014.

The extreme swings are a result of heavier rainfall and more frequent droughts. Average temperatures in the Midwest are rising, especially in the winter. Ice on lakes and rivers is forming later into the fall and melting earlier in the spring, according to a 2019 paper, “Climate Change in the Midwest,” from the Union of Concerned Scientists.

The water level in Lake Michigan hit a record high in 2020, sending waves over Lakeshore Drive. The Chicago River overflowed into downtown.

Gwen Shaw of Country Financial says homeowners are getting smarter about protecting their homes from the risks of flooding in Chicago.

“Let’s say this, if you’re a realtor, you’re walking into a home with a buyer and you’re scheduled to close the next day and your basement is flooded on the house that you’re closing on, that affects business,” said Ajinaku, a broker with Dream Spots.

The city is upgrading pipes, homeowners are too, and they are installing sump pumps in their basements and buying flood insurance, the women say. Shaw, a representative for Country Financial, said she used to brace for phone calls the day after heavy rains from people whose property and belongings had been damaged. She says she gets fewer now that homeowners are taking precautions.

Climate disasters can be costly. In 2021, there were 20 such disasters in which losses totaled more than $1 billion each, among them a drought, flooding, severe storms, tropical cyclones, a wildfire and a winter storm. Insurers are being urged not to underestimate the price of climate change.

Redfin’s Fairweather says some areas could adapt but that adaption will cost money, whether raising homes above flood levels or converting homes to metal roofs to lessen the risk of fire.

My pet issue is that we should be building more housing in places that are naturally resilient to climate change.”

“I think we have enough money in this country to keep people safe,” she said. “I just hope that it gets distributed in a way that actually ensures that.”

Gov. J.B. Pritzker on Wednesday signed into law legislation that bans so-called "ghost guns" across Illinois, making it the first Midwest state to do so. House Bill 4383 aims to crack down on "ghost … END_OF_DOCUMENT_TOKEN_TO_BE_REPLACED