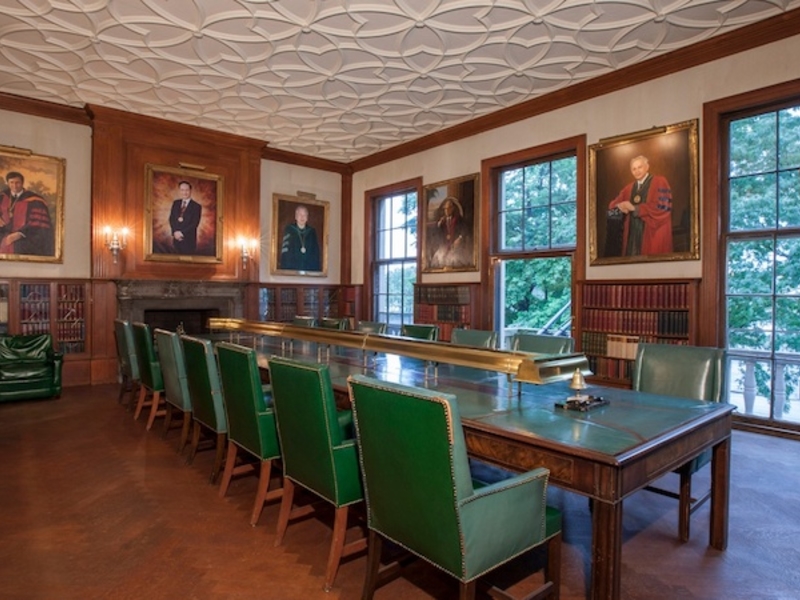 “Our plans are to restore this historic home, protecting the craftsmanship and priceless historic details,” J. Michael Whitted said in a text message, “while updating it with modern conveniences so a family of today can enjoy it.”

Built in 1914 on what’s now inner Lake Shore Drive, the part that will not be renamed for Jean Baptiste Point Du Sable, the mansion “provides breathtaking, uninterrupted views of Lake Michigan,” Whitted said via text. He is the Chicago-based senior vice president, corporate development for Hillenbrand, a southeast Indiana firm that started in 1906 making caskets and now has a group of manufacturing companies.

By the time the mansion went under contract to the Whitteds, the asking price had been reduced to $5.75 million.

Crystal Tran, the Berkshire Hathaway HomeServices agent who represented the mansion, said “we’re thrilled with the outcome” but declined to comment on the $12 million gap between the original asking price and the selling price. Max Downham, executive director of the International College of Surgeons, did not immediately respond to a request for comment.

The Whitteds were not represented by a real estate agent.

Downham said in a phone call that he feels the sale price “is a win-win for us and the buyer,” and that when the mansion first came on the market “perhaps we started with the price too high.” He said he’s pleased to see the building go back to residential use.

It took the 1991 Tucson Toros 147 days to play 148 games, and almost every night the Toros would be introduced to a new player in the clubhouse: one who had been sent down from the parent Houston … END_OF_DOCUMENT_TOKEN_TO_BE_REPLACED

Representatives for New York-based Melvin and the SEC declined to comment.  Melvin lost about $7 billion in January 2021 in a Reddit-fueled short squeeze of GameStop Corp. and other companies popular … END_OF_DOCUMENT_TOKEN_TO_BE_REPLACED