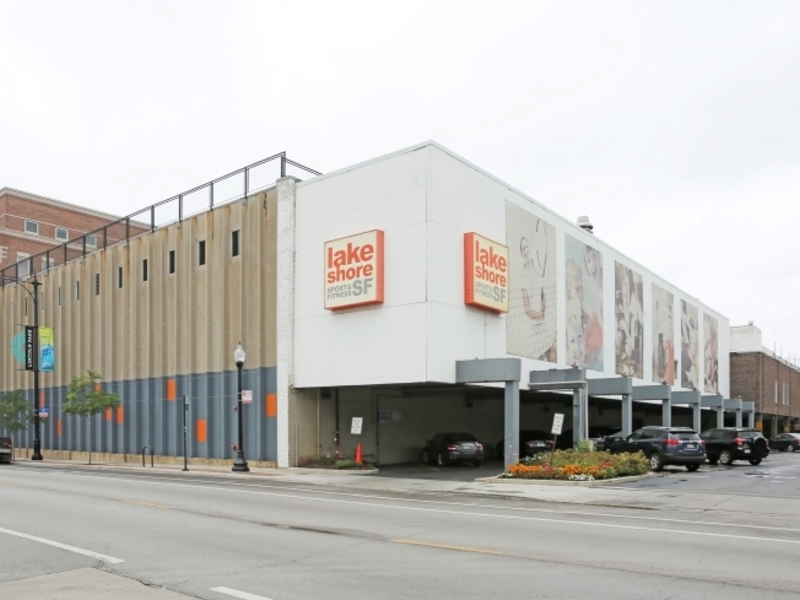 The Fullerton Avenue project would include “residential apartments, rooftop amenities and expanded facilities for Lakeshore Sport & Fitness,” Hopkins wrote in an email to constituents about the May 25 presentation.

The alderman was short on further details and said he was reserving judgment on the proposal until he receives input from constituents. Under City Hall custom, the City Council typically won’t consider a zoning change for a proposed development unless the alderman representing the neighborhood signs off on it first.

At 14 stories, the project would stand out in a neighborhood with few buildings exceeding five stories. Several tall towers rise on the eastern edge of Lincoln Park, the tallest being Eugenie Terrace at 44 stories, and developers recently completed two 19-story apartment towers on the former Children’s Memorial Hospital site, at Fullerton, Lincoln Avenue and Halsted Street. But heights taper off further west along Fullerton.

Lakeshore representatives have already presented their proposal to the Sheffield Neighborhood Association, a neighborhood group with an influential voice on development issues. SNA President Brian Comer declined to discuss specifics until the May 25 meeting and said he would keep his thoughts on the proposal to himself until then.

Cook County this week has 51 cases per 100,000 people, up 78 percent from the prior 7-day period, CDC data shows. Under the federal agency’s recommendation, areas of substantial transmission are those … END_OF_DOCUMENT_TOKEN_TO_BE_REPLACED

Origin launched its first QOZ fund in 2018 and has committed $100 million of the $265 million it raised to five apartment projects, including one recently completed in Pilsen. Origin plans to use the … END_OF_DOCUMENT_TOKEN_TO_BE_REPLACED