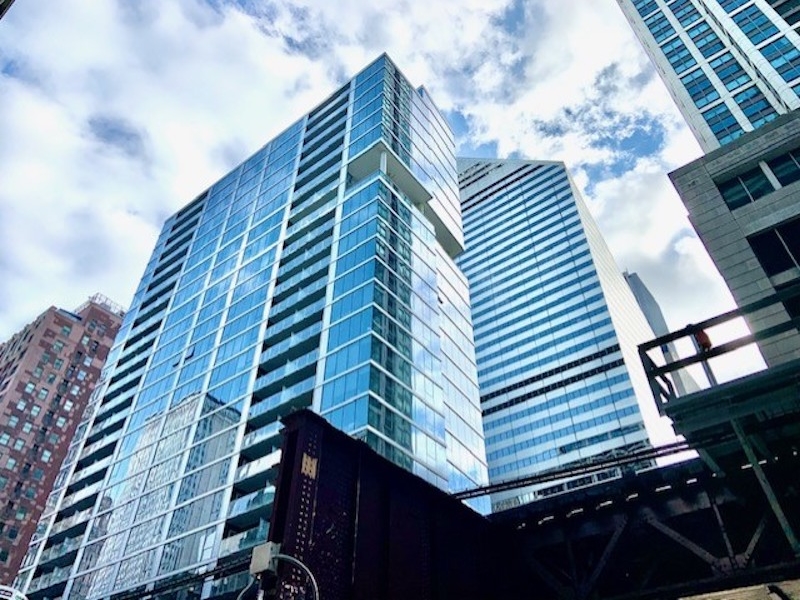 Price is also a factor. The two dozen Parkline condos were offered at an average of about $711 a square foot. Sellers of Loop condos, emerging from a brutal 2020 market, have been accepting prices well below that. Loop condos that sold in the past year at $1.5 million and up went at an average of about $637 a foot, according to Crain’s research in Midwest Real Estate Data’s sales records.

The Loop sales were all resales in existing buildings, as opposed to Parkline, a new building with the latest amenities and finishes, but buyers in that price category may not have been willing to pony up for the higher pricing.

Typically, a condo sales program starts well ahead of delivery, while apartment leasing doesn’t begin until units are available for delivery. The Parkline sales effort began the same week in March 2020 that Gov. J.B. Pritzker issued the first stay-home order. Leasing started in February 2021, when downtown reopening was imminent.

The condos, about 2,100 to 3,550 square feet, were built for a higher-end market than the apartments, which are 500 to 1,330 square feet. They will now be offered as a separate, more luxurious rental tier called the penthouse collection, with its own entrance from the shared lobby and its own amenity floor, as well as access to the building’s two other floors of amenities.

Rents top out at about $4,500 on the lower floors, Roszak said, and will start at $9,000 in the penthouse collection.

The developers are announcing the switch to all apartments today, less than two weeks after Crain’s reported that Moceri + Roszak is trying to sell the leased-up portion of the building. Roszak said the sale offering, now the entire 26 floors, “will be a simpler deal.”

John Grafft, a Compass agent who is not associated with the developers, shot a tour inside the Parkline penthouse collection, shown below.

CHICAGO (CBS) — We first told you about Sally’s Nuts one year ago; a beloved mother-daughter business that took off during the pandemic.It turns out they’re doing so well, they’re finally​ having … END_OF_DOCUMENT_TOKEN_TO_BE_REPLACED

“In this environment, having certainty of who your tenants are and the cash flow of those tenants is attractive. We believe in Restoration Hardware as a tenant,” said Alexi Panagiotakopoulos, … END_OF_DOCUMENT_TOKEN_TO_BE_REPLACED