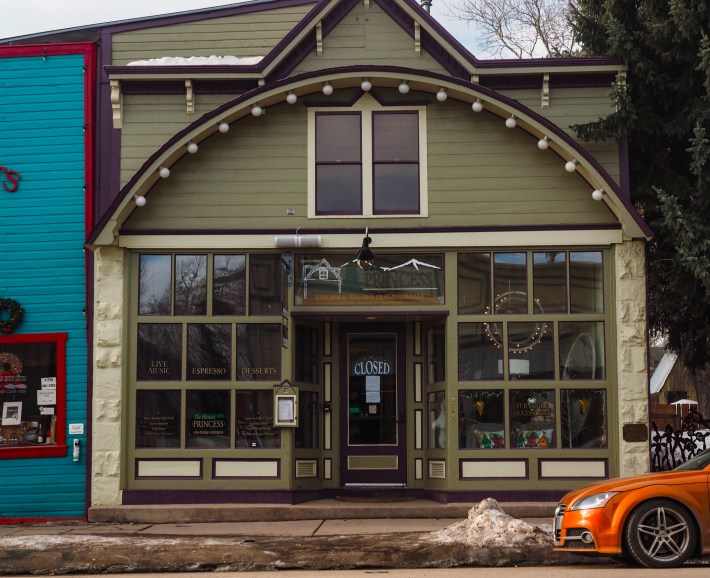 Billionaire investor Mark Walter, the owner of the Los Angeles Dodgers, is staking a claim in Gunnison County.

A lot of claims, actually.

The Chicago financier this year has quietly acquired six high-profile commercial properties, including the Almont Resort and several iconic buildings in downtown Crested Butte that are home to restaurants, bars and shops.

“I haven’t seen anything like this in my 43 years in Crested Butte, but things are changing around here,” said Doug Kroft, who started selling real estate in the former mining town in the 1970s and recently retired. “I’m sure he’s got plans, but he does not appear to be sharing them with anyone.”

Walter and his wife, Kimbra, have owned a relatively modest home in Mount Crested Butte since 2009. He bought the historic Grubstake Building on Crested Butte’s bustling Elk Avenue in 2011 for $766,700.

This year, using limited liability companies that are registered with the Colorado Secretary of State under his Chicago business address, he paid $1.55 million for the Forest Queen building on Elk, which was built in 1882 and is home to the Coal Creek Grill and an idled hotel.

He also purchased the Gunnison Savings and Loan Building at 501 Elk Ave, which is home to a bank, a spa and a tattoo shop. And the Princess building at 218 Elk, which hosts the Princess Wine Bar. And Crested Butte’s first restaurant, the Wooden Nickel.

The Princess Theater – now the Princess Wine Bar – on Crested Butte’s Elk Avenue, constructed in the 1890s, was originally the Colorado Supply Store owned by CF&I Mine. After a fire destroyed all but the building’s rock walls it became a theater in 1918, part of a large chain of Princess Theaters sprinkled across western Colorado and showed movies until 1988 when it was renovated into a ballroom.(Dean Krakel, Special to The Colorado Sun)

Eric Roemer owned the Wooden Nickel for 40 years. He celebrated his final night at the restaurant last week. “I really don’t know what his plan is, but it could be exciting,” Roemer said. “He’s acquired some of the oldest buildings in town.”

Down valley, where the East River joins the Taylor River, Walter spent $6.3 million for Almont Resort, a 60-acre riverfront compound of cabins, homes and commercial buildings first established in 1893. 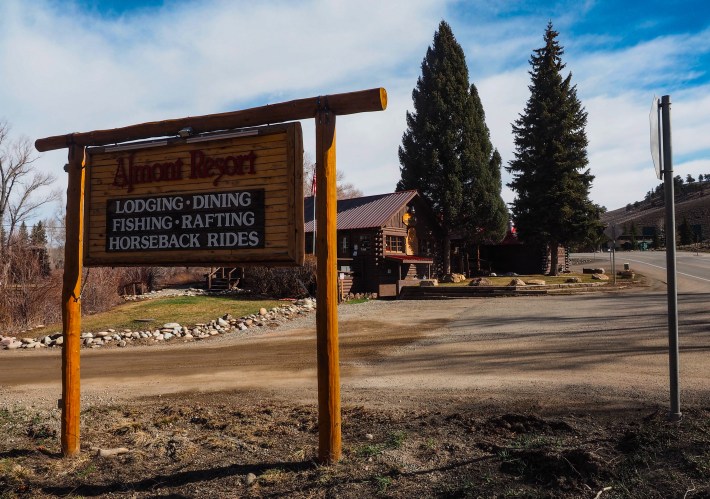 Almont Resort along the East River in Almont was established in 1893 and offers lodging, a restaurant, guided fishing, river trips and horseback rides. (Dean Krakel, Special to The Colorado Sun)

Walter also acquired a building with a health club and office space on Elk for $1.7 million, and the undeveloped Sixth Street Station project for $5.5 million. The Sixth Street Station is a shovel-ready hotel, retail and residential project the town approved in 2017. It ranks as the largest project ever greenlighted by Crested Butte.

The investment group that has shepherded Sixth Street Station hopes the hotel and homes will be built, said Chris Kopf, the broker who sold the downtown project.

“But you never know,” Kopf said. “We still have projects in CB that were started then stopped during the downturn and financial crisis back in mid-2008 that have not yet been completed. But a benefit of COVID is people really appreciate the remote mountain town of Crested Butte. Given the buyer demand and ascending prices, it should make it easier for developers to start new projects, or re-start old ones.”

Crested Butte, like all resort communities in Colorado’s high country, had a record-setting year for real estate sales in 2020. As urbanites flee cities for mountain enclaves, many resort areas — like Telluride, Vail, Aspen and Crested Butte — saw sales-dollar volume and home prices hit highs. The Crested Butte area saw 480 sales total $523 million in 2020, up from the previous record of 317 deals worth $227 million in 2019, according to market reports compiled by local broker Frank Konsella.

“It’s been a tough year for buyers, and the sellers are in a good spot,” Konsella said.

Walter’s buying spree in Crested Butte started in January, but no broker has seen the coattail investors who typically follow heavyweights like Walter.

“That happened a bit when Vail bought the resort,” Kroft said of Vail Resorts’ 2018 purchase of Crested Butte Mountain Resort and three other ski areas from the Mueller family’s Triple Peaks.

The Muellers, for example, sold their undeveloped acreage to an investor shortly after selling the ski area. The family also recently sold undeveloped homesites in the slopeside Prospect community, but not to Walter.

Earlier this month, Miami doctor Claudio Alvarez and his wife, Yvonne, unveiled possible ideas for 150 acres at the base of Snodgrass Mountain, where the Mueller family had sketched plans for a base village and ski area connected to Crested Butte Mountain Resort. (The Forest Service rejected the ski area expansion in 2010.) 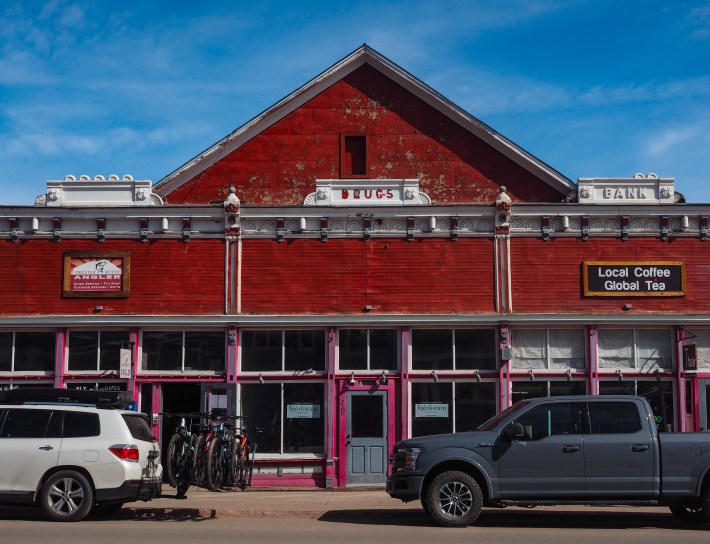 The Grubstake building, 229 Elk Avenue in Crested Butte is comprised of 3 buildings under one roof. It was built in the 1880’s and has been a bank, drugstore and post office. Today it houses several stores. (Dean Krakel, Special to The Colorado Sun)

Alvarez this month told Crested Butte News editor Mark Reaman his vision for the parcel includes a 10-acre campus for the nearby Rocky Mountain Biological Laboratory and a mix of housing in “an eclectic community with lots of local people here.”

Walter is not the first wealthy financier to bet big in Gunnison County and downtown Crested Butte. Former Blackstone executive Chad Pike started acquiring and rebuilding historic properties in the town in the late aughts — including what is now the uber-luxury Scarp Ridge Lodge and Public House restaurant and music venue on Elk, as well as a fishing lodge on the Taylor River and cabins near Lake Irwin. Pike spent almost a decade renovating his Gunnison County properties, all of which support his high-end, 13-property global adventure travel company, Eleven Experience.

Tisha McElroy-Swan, the broker who helped Walter assemble his Crested Butte portfolio, said he did not share any insights about his plans for the buildings with her.

McElroy-Swan said Walter would not want to comment. He is, according to a host of financial and news reports that mostly focus on his ownership of the Dodgers baseball team, not a fan of the limelight. Locals in Crested Butte call him down-to-earth and low-key.

Walter paid $2.15 billion for the Dodgers in 2012, and the 2020 World Series champions have the highest payroll in baseball. Guggenheim Partners, his global investment firm, controls $250 billion in investments. The Walter family also is big on wildlife protection, with the Walter Conservation Foundation owning a 17,000-acre endangered wildlife refuge in Florida as well as supporting species conservation and wildlife habitat protection in North America and Africa.

Considering his history of investments and the fact he is buying in Crested Butte at the height of the market, it’s safe to assume Walter is not bargain-hunting for a quick flip.

“It’s a long-term play for him,” McElroy-Swan said. “He’s a great guy, and I know he will do great things to enrich our community.”

CHICAGO (CBS) – It’s a special Thanksgiving morning in the loop. After two years, a Chicago tradition returns. The Chicago Thanksgiving Parade returns Thursday and will feature the traditional, large … END_OF_DOCUMENT_TOKEN_TO_BE_REPLACED