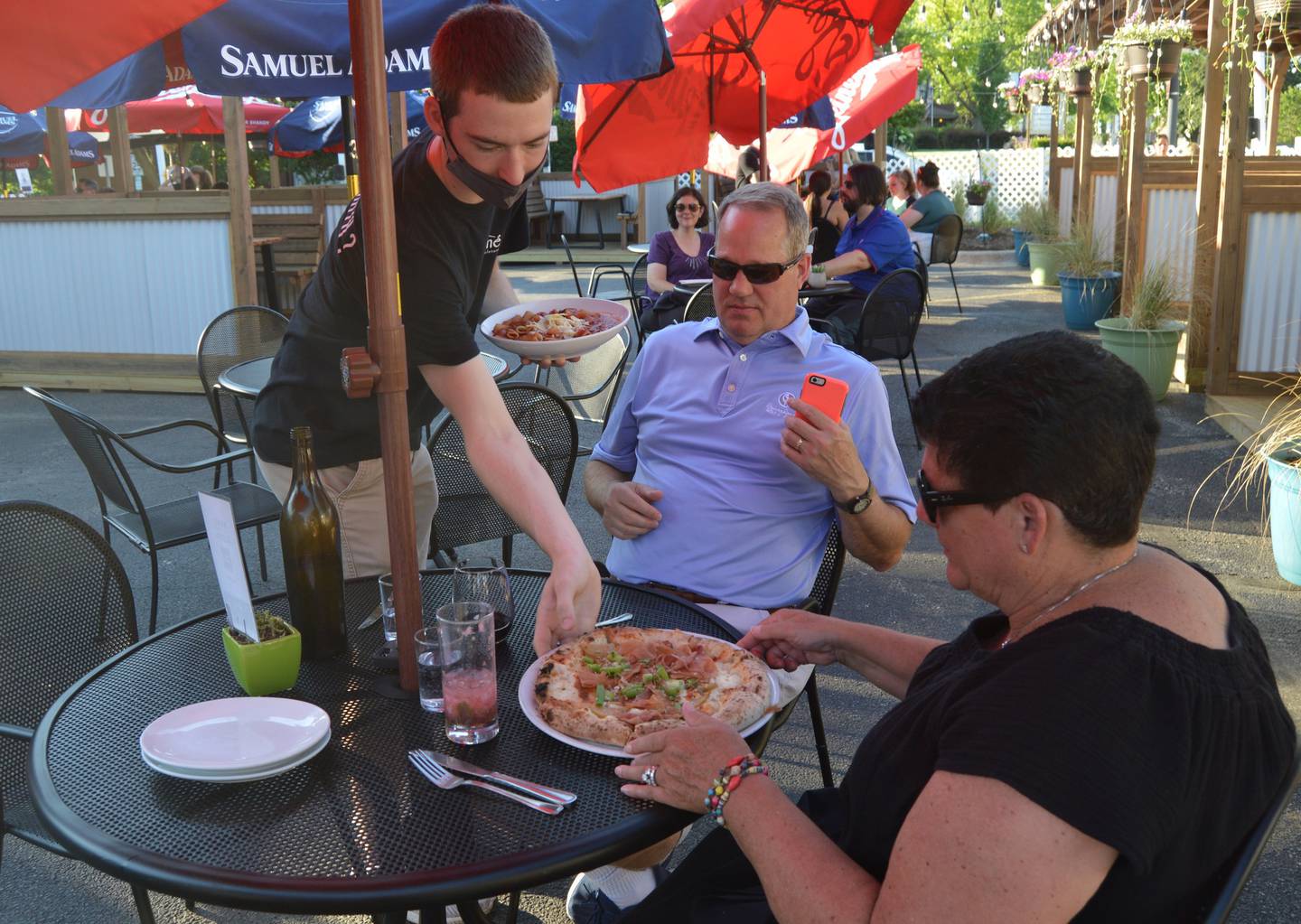 Naperville continues to reign as the top suburb in retail sales for the fifth year in a row, a recent report shows.

The city in 2021 recorded sales of $4.3 billion, $540 million more than No. 2 Schaumburg, according to the annual report from Chicago real estate and retail consultants Melaniphy & Associates.

Naperville rebounded by $1 billion from sluggish retail sales of $3.3 billion in 2020 during the COVID-19 pandemic, the report shows. In 2019, the city recorded $3.5 billion in sales.

“Looking at the numbers from 2019 to today, we have made up all the ground and then some, and I think that’s important,” Christine Jeffries, president of the Naperville Development Partnership, told the Liquor Commission last week.

Naperville overtook Schaumburg in total retail sales outside Chicago in 2017, according to the Melaniphy report.

Naperville ranked first in the food store category with sales of $437 million in 2021 thanks to the addition of new stores like Amazon Fresh. (Zbigniew Bzdak / Chicago Tribune)

One of the biggest rebounds in Naperville’s strong retail sales was in the restaurant and tavern industry, which also ranked first in the suburbs in 2021.

The report said the elimination of the COVID-19 mitigation guidelines on eating and drinking places finally allowed restaurants to begin their recovery.

“The change has been substantial. We regained ground, and like I said, we remain number one,” Jeffries said.

What makes Naperville so strong, she said, is the city keeps adding new restaurants.

Fiamme employee Aidan Brynes serves Len and Bobbi Pawlowski their order at the Naperville restaurant’s outdoor dining area in this photo from 2021. The restaurant market continues to boom in Naperville for another year, a new report shows. (Rafael Guerrero / Naperville Sun)

“We’re not just cutting up that pie into smaller pieces. Our pie continues to grow,” Jeffries said.

Restaurants and bars, she said, have a halo effect. Not only are they a draw to dine and drink, people also shop and enjoy the entertainment the city has to offer.

By far the largest contributor to retail sales in Naperville is under the automobile dealership and gasoline category.

In 2021, Naperville figures rose by 33% over the previous year to $1.7 billion, which was the highest percentage increase throughout the Chicago metropolitan area, according to the report.

For the last decade, Naperville has remained dominant in the sale of lumber, hardware and building supplies, with sales progressively rising each year and peaking at $241 million in 2021, the report shows.

No other Chicago suburb had sales exceeding more than $200 million in 2021. The next highest community was Cicero, which saw home improvement sales of $135 million.

Home improvement was one category not negatively affected by the pandemic as Naperville hit $192 million in sales in 2020.

Naperville also ranked first in the food store category with sales of $437 million in 2021, compared to second-ranked Joliet with $317 million in sales, the report shows.

While food sales have fluctuated over the past decade, they are trending higher overall.

Jeffries said because the city’s second Costco didn’t open until late August, Naperville won’t realize a full year of sales until next year’s report comes out.

Chicago Shooting News Live: A gunman on a rooftop opened fire on an Independence Day parade in suburban Chicago on Monday, killing at least six people, wounding at least 30 and sending hundreds of … END_OF_DOCUMENT_TOKEN_TO_BE_REPLACED

The real estate industry is beyond crowded — it seems like agents are popping up everywhere and taking aim at your clients. So, how can you cut through all that noise to stand out? You’ve got to … END_OF_DOCUMENT_TOKEN_TO_BE_REPLACED

Chicago Mayor Lori Lightfoot confirmed to the New York Times that the Chicago Police Department is assisting in the response and investigation.  “Law enforcement is working hard to bring the shooter … END_OF_DOCUMENT_TOKEN_TO_BE_REPLACED