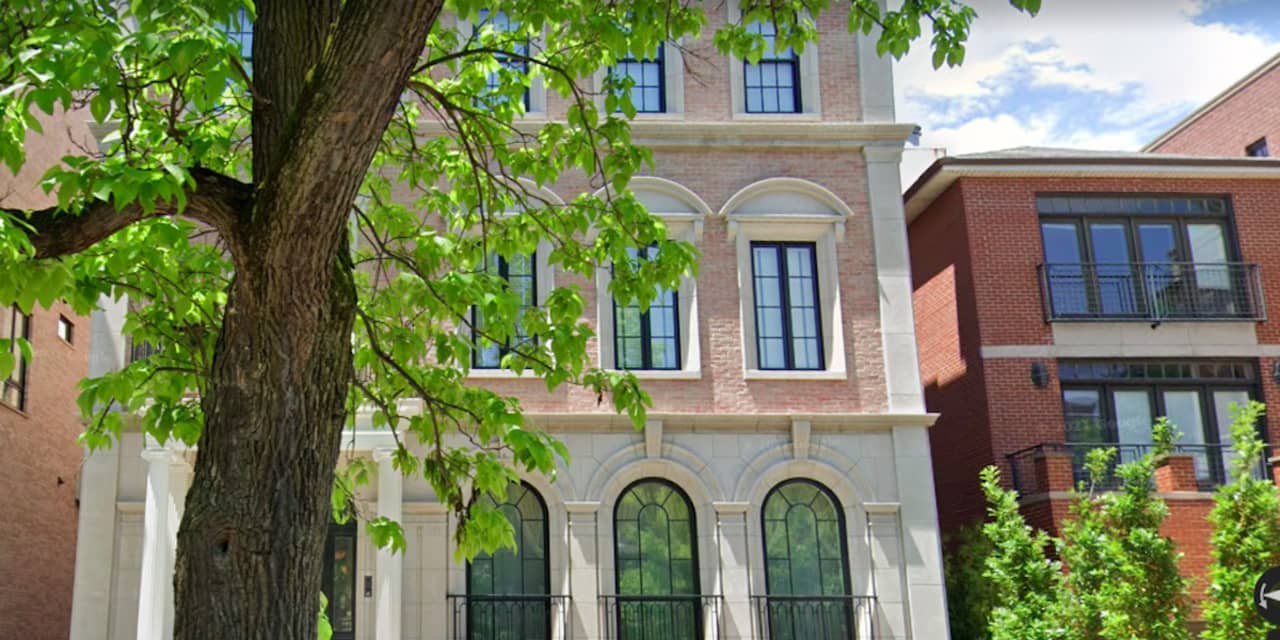 A newly built mansion in Lincoln Park, one of the most affluent neighborhoods in the Windy City, has sold for $12.5 million through an off-market deal, the highest price in the Chicago area since 2015.

The row house was developed by Jeffrey Applebaum, a hedge fund manager, and his wife, Stephanie, who bought the lot for $4 million in 2015, property records show.

Central to the house is a sweeping staircase, leading all the way from the first floor to a skylight, listing photos show.

The sale closed last month for $12.5 million, according to listing records.The price was the highest for the Chicago area since 2015, eclipsing the record set a few months ago with the sale of an $11.9 million home nearby, according to the Multiple Listing Service and Crain’s Chicago Business, which first reported the sale.

The deeds have yet to appear on property records.

Mr. Applebaum, partner and president of Pentwater Capital Management, could not be reached for comment.

Lincoln Park also boasts the most expensive listing in the Chicago area, a 25,000-square-foot megamansion that’s on the market for $45 million.

Mansion Global is owned by Dow Jones. Both Dow Jones and realtor.com are owned by News Corp.

Along with the new branding being announced Monday will come new names, roads, and a message of environmental friendliness. With a tagline of “Next Starts Here,” HRP said the Bellwether District will … END_OF_DOCUMENT_TOKEN_TO_BE_REPLACED

PRITZKER MOVES TO PROTECT THE AS-YET UNVACCINATED: Employees of licensed day care centers in Illinois will now be required to be vaccinated against COVID-19 or get tested for the virus at least once a … END_OF_DOCUMENT_TOKEN_TO_BE_REPLACED