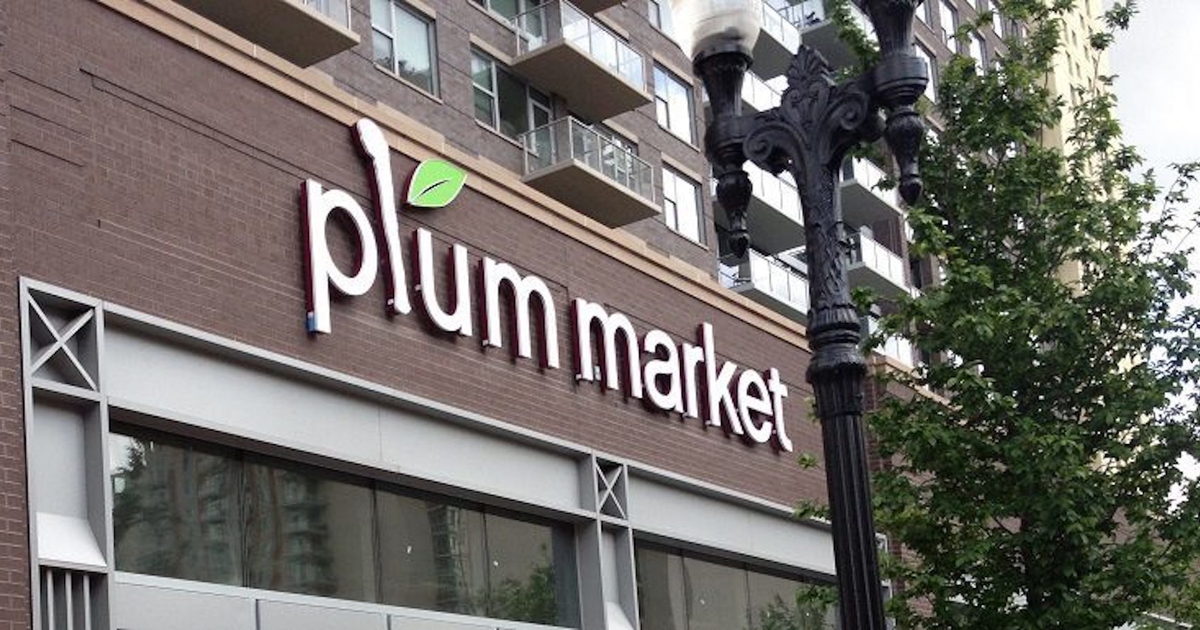 “We have been looking for the last two years, mostly in the city. We have looked at a bunch of suburban sites as well,” Burden said. “(Plum) loves the Chicago market.”

Burden sent out a real estate flyer late last week, noting that Plum Market is seeking sites in the area. The flyer notes Plum is looking for 20,000 to 27,000 square feet of space with “abundant available surface” for parking. That request has been hard to fill in the city, Burden said.

Plum is targeting areas with an average household income higher than $125,000 and which have 40% of the population within 1 mile holding a bachelor’s degree or higher. It also wants to be within a 1-mile radius of 15,000 people.

Plum Market opened its Old Town location at 1233 N. Wells St. in 2013. CEO Matthew Jonna, who co-founded the suburban Detroit chain with his brother Marc in 2006, told Crain’s in 2012 that they had been scouting Chicago for some time.

“The truth is, there was a quiet back-door agreement that took place between our landlord . . . and Dom’s,” the letter said. “Those clandestine dealings resulted in the termination of our lease, without Plum Market ever having an option to negotiate or keep our store open.”

Dom’s issued a statement in response, saying it was “surprised and disappointed to learn of this ill-founded interpretation of the move” into the Old Town spot.

Though it will have a different address at 1225 N. Wells, Dom’s will be occupying the same space in the same building.

Plum Market’s last day of operation in Old Town is set for June 26. More than 120 staff members work at the store, Jonna said in the letter. A handful will transfer to locations in other states.

Plum Market has four locations in Michigan and is set to open shops soon in Washington, D.C., California and Florida, according to its website. It also has seven locations at universities, museums and airports that it calls “kitchens,” plus food-service locations.

CHICAGO (CBS) -- Chicago Police are looking for a man who tried to kidnap a woman in the city's West Loop but was thwarted by some good Samaritans. This is at least the second time this has happened … END_OF_DOCUMENT_TOKEN_TO_BE_REPLACED

Illinois homes sold somewhat faster in August 2022 than in the year prior, even as median prices rose statewide, according to new data from Illinois REALTORS®. Though statewide home sales were down … END_OF_DOCUMENT_TOKEN_TO_BE_REPLACED

“I’m not one to really tell people what to do,” said Kennedy, 35, who lives in Milwaukee and works in software sales. But if a friend tried to order a delta-8 drink, “I would tell them, ‘Absolutely … END_OF_DOCUMENT_TOKEN_TO_BE_REPLACED