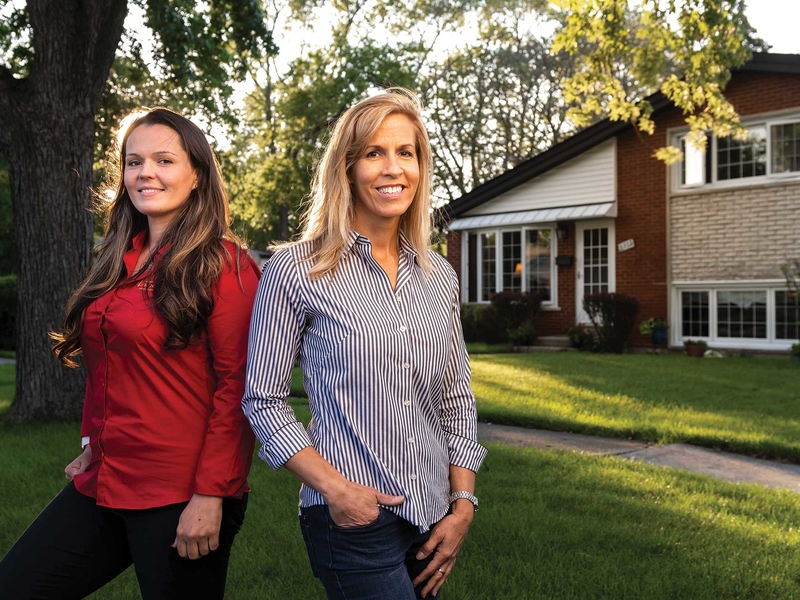 Standing in the rain, Bowles decided to make an offer, which turned out to be one of 17 the sellers received within 48 hours of putting the home on the market, according to Marti LaHood, Bowles’ agent. In late May, Bowles closed on her deal, paying $243,100, or about 13 percent more than the sellers’ asking price.

That’s how it’s been in Tinley Park this spring, one of three Chicago suburbs where the inventory of homes for sale is so slim, it’s nearly nonexistent.

Tight inventory has characterized the housing market both in the Chicago area and around the country for much of the past year. Real estate inventory is usually called tight if there are less than enough homes on the market to fuel three months of sales at the current pace of the market.

In Chicago at the end of May, there were enough homes on the market for 2.9 months of sales, according to data released in mid-June by Midwest Real Estate Data and the Chicago Association of Realtors.

In Tinley Park, Romeoville and Island Lake, the inventory was enough to last just two weeks.

“The lack of inventory is our biggest problem in this good market,” says LaHood, the Keller Williams Preferred Realty Agent who represented Bowles.

“I feel bad for a lot of the buyers,” LaHood says. They may lose out in a series of fierce bidding wars over choice properties, back out of the market even though epochally low interest rates make buying a home cheaper than it’s been in decades, or inconvenience themselves by offering deal-sweeteners to the sellers such as the chance to stay in the house as renters until they buy their next home.

One thing that isn’t working for buyers is vastly overbidding as a pre-emptive strike. “They just lose the house when the appraisal doesn’t match that value,” says Chris Grano, a Keller Williams Infinity agent. An appraisal is a bank’s tool for measuring how much it will lend against the house, and banks aren’t as willing as buyers are to bid high to get that cute kitchen.

Grano represented buyers who in June paid $330,000 for a four-bedroom house on William Drive in Romeoville. When it hit the market in mid-May priced at $315,000, the house attracted at least 15 offers in the first few days, with bidders reaching as high as $360,000, Grano says.

The sellers “knew that price wouldn’t appraise,” he says, and went with his buyers. They paid $330,000, or about 4.7 percent over the asking price. Bowles says she was willing to bid so high over the asking price because LaHood’s market research told her the seller, the estate of the late owners, had priced it well below its apparent market value.

While there was just two weeks’ worth of inventory available in any of these three towns at the end of May, there wasn’t much more in a few couple dozen other suburbs. The inventory of homes on the market was less than a month but more than half a month in 25 of the roughly 200 suburbs covered in the four-county report.

Inventory figures are not reported the same way for individual Chicago neighborhoods.

Inventory gets this low for a variety of reasons, including high demand that swiftly picks off nearly every home that pops onto the market. Agents say there’s a slow pipeline of supply as well, and a key culprit is the fast-rising market itself.

“It feels like the only people selling now are people who are downsizing,” says Ismail Ismail, a Worth Realty agent in Tinley Park. That’s because “people who want to move up can’t afford that step with prices going up so much,” he says. “Maybe they’re selling high, but they’re going into a market where you have to buy high too.”

The median price of homes sold in Tinley Park was up 7 percent in the first five months of the year compared to the same period in 2020, according to the report from MRED and CAR. In Romeoville, prices are up 10 percent.

That means “we don’t have a lot of people who can afford to be paying two mortgages at once” if they buy a new place before they can sell the old one, LaHood says, “so they stay out of the market.” More affluent households may have other assets to draw on if they’re temporarily caught carrying two homes at once.

One way to ease an inventory shortage is to make more, but homebuilders were as surprised as anyone else by the rapid upturn in housing demand that began in mid-2020, Erik Doersching, executive vice president of Tracy Cross Associates, a homebuilding industry consultancy based in Schaumburg, told Crain’s in May. Looking at the number of new developments under construction when the boom began, Doersching said: “Supply won’t keep up with demand.”

In Tinley Park, one new-construction development sold its last units in the fall of 2020, and another sold out in April. At present, there are no new construction homes listed for sale in the town, though that could change soon, as builders eye the tightness in that market.

Battered by the lingering pandemic, a rise in inflation, supply chain slowdowns and recessionary fears becoming reality, the healthcare industry has faced crisis after crisis over the past several … END_OF_DOCUMENT_TOKEN_TO_BE_REPLACED

“It’s not really livable unless you did a lot of renovation throughout,” Birov said. Built in about 1902, the pillared Classical Revival house was owned by the family of executive outplacement guru … END_OF_DOCUMENT_TOKEN_TO_BE_REPLACED

Get more in-depth, daily coverage of Chicago politics at The Daily Line.CITY HALL — Ald. Sophia King (4th) announced Wednesday she is running for mayor in 2023, becoming the third sitting alderman to … END_OF_DOCUMENT_TOKEN_TO_BE_REPLACED