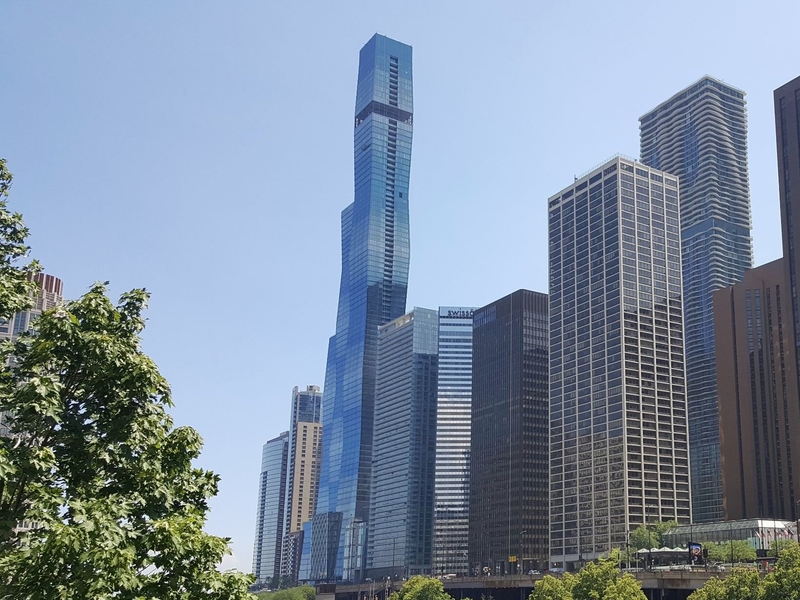 While several multimillion-dollar units at the recently completed tower designed by Studio Gang have been under contract since years before the twin 2020 crises of pandemic and social unrest walloped the downtown condo market, these buyers put the unit under contract in April, as recovery was taking root.

They are not the only ones. In the past couple of months, seven condos have sold for $4 million-plus condos in downtown neighborhoods where the buyers put them under contract in 2021.They include a Lake Shore Drive penthouse that sold in early July for $11.25 million. It had been for sale since mid-2019, but the buyers put it under contract in May.

These high-end sales are a sign that a recent wave of crime in the downtown area has not suppressed condo sales, at least at the very upper end of the market. Lately, some real estate agents who specialize in downtown condos have openly worried that while the market’s post-COVID recovery has been strong, it could have been stronger were it not for a steady drumbeat of negative headlines.

In all of 2020, eight downtown condos sold for $4 million or more. That’s one more sale in 12 months than there have been in less than seven months this year.

More to the point: Five of the eight sold in 2020 were already under contract before the pandemic hit. After the pandemic spawned shutdowns of offices, restaurants and cultural amenities that contribute mightily to the allure of downtown neighborhoods, the high-end market showed a significant tilt toward suburban buying.

The recent run of high net worth people buying upper-end units “evidences a strong resurgence of the downtown condo market,” said Susan Miner, a Premier Relocation agent. She represented buyers who paid $6.75 million last week for a 22nd-floor condo at No. 9 Walton. They put it under contract in May.

Miner declined to identify the buyers or say where they’re from.

Murillo said he had one other client put a multimillion-dollar unit at the St. Regis under contract this spring, in April on a 70th-floor two-bedroom. The sale closed July 16 at slightly over $2 million.

“There’s an appetite for new luxury condominiums of this caliber,” Murillo said in an email. It’s in part because of the high level of amenities at the St. Regis and other relatively new buildings like No. 9 Walton, he said, but also because “money is cheap right now” thanks to low interest rates.

Prices are appealing downtown, too, thanks to the backlog of inventory that built up during the crises. The unit Murillo’s clients bought for almost $6.7 million was listed by the developers at $7.2 million in early 2019.

This suburban couple’s purchase was the second at St. Regis over $6 million. The first was in May, when buyers paid $6.36 million for a condo on the 66th floor. They had put their contract in four years ago when the 101-story tower was under construction. Their names do not yet appear in public records.

Rob Pontarelli, a media representative for Magellan, the St. Regis’ developer, said in an email that another condominium in the tower recently went under contract at a little more than $7 million.

Since November, when Magellan shook off its old deal with Chinese firm Wanda, rebranded the tower and inked a deal to fill the hotel at its base where Wanda was to have been, 29 buyers have put condominiums under contract, Pontarelli said. The total value is $61 million, according to Pontarelli.

If and when all those sales close, they alone may account for a considerable chunk of the downtown market’s recovery.

A representative for Vistria declined to comment. Founded in 2013 and led by Marty Nesbitt and Kip Kirkpatrick, Vistria manages more than $8 billion in assets and invests across health care, education … END_OF_DOCUMENT_TOKEN_TO_BE_REPLACED