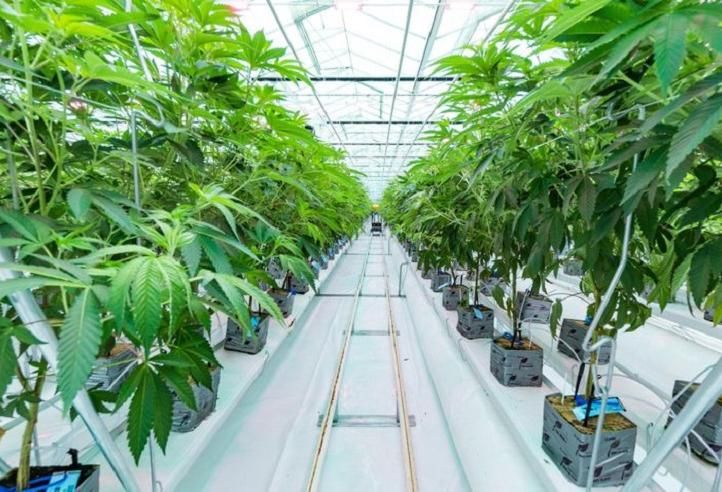 Courtesy of Flower One

A greenhouse operated by Nevada-based Flower One.

The cannabis industry took a step toward becoming a normal business sector Monday when the U.S. House of Representatives approved by a lopsided vote the Secure and Fair Enforcement Banking Act. The proposed law would allow banks and financial institutions to avoid federal sanctions or prosecution if they do business with cannabis providers. The measure, approved by a 321-101 vote, now moves on to the Senate, where a previous version stalled in 2019.

The SAFE Banking Act has become one of the industry’s most cherished goals, a measure that would allow cannabis providers to secure financing for new development, property acquisitions and operations, instead of being forced to scrape by on cash reserves. It could also provide a big boost to retail landlords, especially those with federally insured mortgages, eager to fill vacancies with cannabis brands that attracted crowds throughout the coronavirus pandemic.

Hundreds of cannabis dispensaries and growing operations sprang up across the U.S. in recent years as more states legalized recreational use of the drug, but providers say the stigma scares off many landlords, and even deep-pocketed cannabis firms struggle to secure spaces.

“The real estate industry is drastically impacted, because many real estate owners can’t rent to the fastest-growing industry in the country,” Cresco Labs spokesperson Jason Erkes told Bisnow. “We’re pretty much the only industry right now that is renting space.”

Cresco, one of the nation’s largest cannabis providers, secured 10 licenses for recreational cannabis dispensaries in Illinois after the state became in 2019 the 11th to legalize the product. It opened 10 of its Sunnyside-brand cannabis stores in Illinois, including two in Chicago, and several in the suburbs. But it wasn’t easy, Erkes said, as landlords with institutional financing tend to shy away.

Recreational cannabis is growing more popular every year. Seventeen states have legalized its sale and use, including New Jersey, Arizona, Montana and South Dakota through voter referendums in November, and New York, where Gov. Andrew Cuomo signed a legalization measure on March 31.

And providers are raking in money. In Illinois, where legal sales began on Jan. 1, 2020, recreational dispensaries rang up $109M in sales this past March, beating the $89M record set in January 2021 and a 35% increase over February sales.

But even with growth and record-setting sales, the cannabis industry in the future is going to have an even greater need for traditional financing and access to capital. Many states, including Illinois, are now putting together plans to grant recreational cannabis licenses to people from disadvantaged neighborhoods, ones that suffered adverse effects that include high rates of imprisonment from the decades-long prohibition of cannabis. These social equity applicants typically have less capital than corporate giants like Cresco, Curaleaf and Chicago-based Green Thumb Industries.

That’s a big obstacle. The upfront expenses in the industry can be considerable as retail spaces typically need to meet stringent requirements that vary state-by-state, and completing gut renovations can total hundreds of thousands of dollars.

“If enacted into law, the SAFE Banking Act would strengthen efforts to increase the diversity of the cannabis industry by providing resources for those with limited access to capital and increasing the chances of success for state-level social equity initiatives,” Marijuana Policy Project Executive Director Steve Hawkins said Monday in a press release. “Further, it would protect the 321,000 employees directly affected by the cannabis industry’s lack of access to financial services.”

CHICAGO — The City Council on Monday delayed a vote on Mayor Lightfoot’s curfew change — but a group of young residents are urging members to vote no. The young adults are part of the racial … END_OF_DOCUMENT_TOKEN_TO_BE_REPLACED

The fire at the former Pheasant Run Resort, 4051 E. Main St., broke out Saturday afternoon, sending huge plumes of smoke into the sky surrounding the closed resort and drawing dozens of onlookers who … END_OF_DOCUMENT_TOKEN_TO_BE_REPLACED

As the 2022 political season gets into full swing, one of the most intriguing candidates for elected office is Herschel Walker. The star running back with the University of Georgia and Dallas Cowboys … END_OF_DOCUMENT_TOKEN_TO_BE_REPLACED