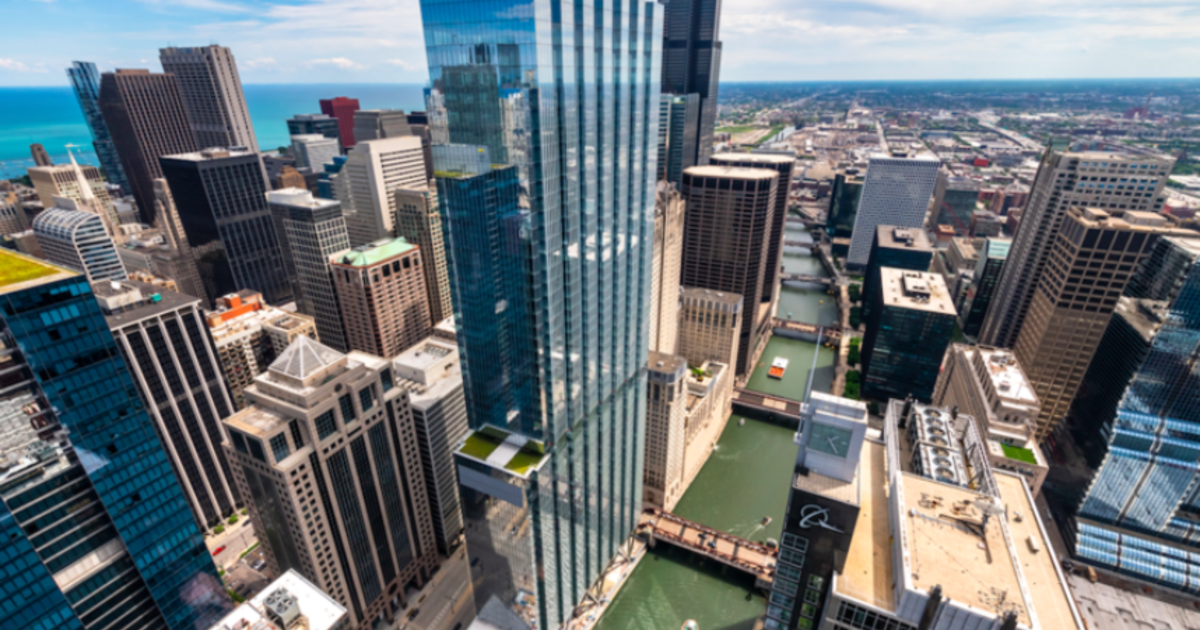 The Wall Street Journal first reported in late December that New York-based Oak Hill had a deal in the works for the property, but Callahan, who has been a prominent name in Chicago real estate for the past 25 years, had not previously been reported as part of the venture.

It’s a big reentry to the Chicago office market for the 71-year-old, whose real estate investment firm sold off its stake in a handful of downtown office buildings in 2018. Callahan, who was CEO at Sam Zell’s Equity Office from 1996 to 2002 and subsequently ran Trizec Properties before starting his own firm in 2007, has purchased the tallest office skyscraper built in Chicago in three decades at a precarious time for the downtown office market, with COVID-19 clouding the future of demand for workspace.

“110 North Wacker is the most prestigious address in Chicago, and we are thrilled to be re-entering the office market with this purchase,” Callahan said in a statement. “The last few years have changed tenant expectations of what an office should be. Our plan is to achieve a new standard with service, amenities and exclusive offerings that you would experience at the finest hotels.”

Working in Callahan’s favor is that the 1.5 million-square-foot tower, which opened in late 2020, is more than 82% leased with long-term tenants. Bank of America is the anchor with more than 500,000 square feet and lends its name to the tower, and a series of law firms have leased space in the building including Jones Day, Morgan Lewis & Bockius, Perkins Coie, King & Spaulding and Cooley.

Howard Hughes, which co-developed the tower with Chicago-based Riverside Investment and Development, touted the big windfall it is generating through the sale. The company said in its statement that it owned 90% of the venture that developed the property and “realized net proceeds of approximately $169 million over the four-year development timeline.”

Howard Hughes had been looking to sell its stake in the building since late 2019, when it announced a broader plan to sell off $2 billion of “non-core” assets. The company said at the time that the tower would cost around $722 million to build, and its joint venture with Riverside increased its construction loan to $558 million.

The company also projected at the time that the building’s estimated stabilized net operating income would be about $14.4 million and that it expected an 8% yield on the cost of the building.

Howard Hughes, which was spun out of mall owner General Growth Properties in 2010, paid $12.3 million in 2014 for the 43,000-square-foot parcel of land beneath what was then a squat General Growth building at 110 N. Wacker. It described plans at the time to redevelop the property but first had to resolve a dispute with its joint venture partner in the land acquisition before teaming with Riverside to propose the current tower.

Callahan has had a high-profile Chicago office tower on his hands before. One of his early moves at Trizec was to sell the firm’s stake in then-Sears Tower to MetLife in 2003, a move aimed at relieving a massive debt burden associated with the property on the way to a major turnaround of the company. His Trizec tenure ended in 2006, when the company was sold to private-equity giant Blackstone—now the owner of Willis Tower—for $8.9 billion.

Callahan then set out with former Trizec executives on his own venture in 2007 and began acquiring properties, most notably a handful in Chicago in a joint venture with Canadian investor Ivanhoe Cambridge. Callahan sold its Chicago assets, including interests in the buildings at 10 and 120 S. Riverside Plaza, 125 S. Wacker and 515 N. State St., to Ivanhoe Cambridge in 2018.

CHICAGO (CBS) -- Chicago Police are looking for a man who tried to kidnap a woman in the city's West Loop but was thwarted by some good Samaritans. This is at least the second time this has happened … END_OF_DOCUMENT_TOKEN_TO_BE_REPLACED

Illinois homes sold somewhat faster in August 2022 than in the year prior, even as median prices rose statewide, according to new data from Illinois REALTORS®. Though statewide home sales were down … END_OF_DOCUMENT_TOKEN_TO_BE_REPLACED

“I’m not one to really tell people what to do,” said Kennedy, 35, who lives in Milwaukee and works in software sales. But if a friend tried to order a delta-8 drink, “I would tell them, ‘Absolutely … END_OF_DOCUMENT_TOKEN_TO_BE_REPLACED