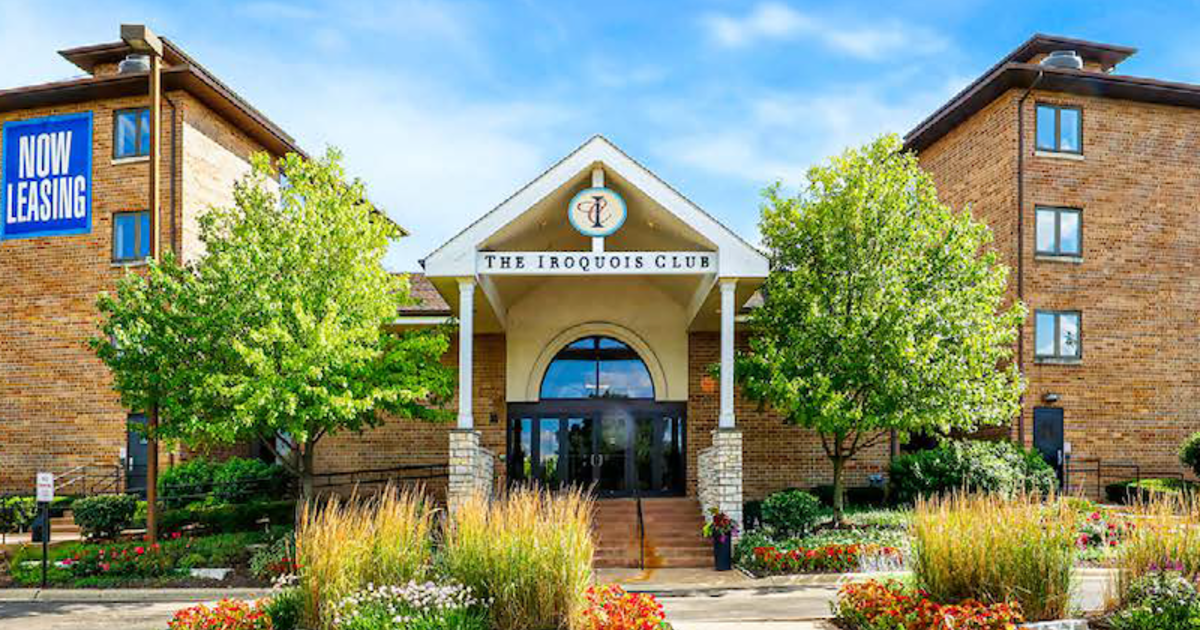 Origin and Randolph Street took over the Iroquois Club in 2015, paying $38 million for all but 30 units in the property that had been sold as condos. The venture then bought the condos one by one, returning the property back to its original state as apartments.

Other multi-unit residential buildings in the Chicago area have taken the same journey, converting fully or partially to condos and then “deconverting” as condo prices fell and the apartment market took off.

For developers willing to take on the risk and hassle of a deconversion, the payoff can be big: In January, Chicago-based Rockwell Property sold Ellyn Crossing, a 1,155-unit property in Glendale Heights, for $137 million after reconstituting it back into rentals. The sale price represented an 80% increase in value over what Rockwell put into the property.

The Iroquois Club investment worked out well for Origin and Randolph Street, too. They sold the property for $69.8 million, about 47% more than the $47.5 million they invested in it, said Origin Managing Director Marc Turner. The venture’s total cost included money spent buying back condos and on renovations.

Turner said he’s happy with the outcome while noting that the process, which took several years, was a challenge. “There was still risk of execution,” he said.

The Iroquois Club deal returned nearly three times the equity invested in the property and generated an internal rate of return of 21%, according to an Origin news release. The complex is 97.4% occupied.

Handler, CEO of Chicago-based TLC Management, said he plans to complete a renovation of the Iroquois Club started by Origin and Randolph Street. The project will include a major overhaul of 149 unrenovated apartments and a revamp of its common areas, he said.

“It’s luxury now, but we’re going to bring it up to another level,” Handler said. “We felt it was an exceptional property with a lot of value-add opportunities.”

With the acquisition, TLC now owns 5,845 apartments in Chicago and the suburbs, including a deconverted property in Edgewater Beach that it acquired last year.

Origin and Randolph Street, meanwhile, have made out well in Naperville, selling another apartment complex there, One Nineteen on Main, last fall for about $23 million, a deal that returned more than five times their total investment in the property. Origin owns multifamily properties around the country, including Monroe Aberdeen Place, a 120-unit complex in the West Loop that it acquired for $66 million in 2020.

A brokerage team led by Marty O’Connell and Wick Kirby of Jones Lang LaSalle represented the Origin-Randolph Street joint venture in the sale of the Iroquois Club.

CHICAGO — Former Ukrainian troops are visiting Chicago to pay tribute to their brothers-in-arms this Memorial Day Weekend. Ukrainian veterans who fought in places like the Donbas region and the … END_OF_DOCUMENT_TOKEN_TO_BE_REPLACED

Hart was promoted to president from general counsel in 2020, but the CARES Act compensation limits were based on 2019 pay. His total compensation last year was estimated at $3.5 million, mostly … END_OF_DOCUMENT_TOKEN_TO_BE_REPLACED

After an often-contentious floor debate, the Chicago City Council has passed a new weekend curfew for the city’s residents, moving it back from 11 p.m. to 10 p.m. on weekends. The new ordinance will … END_OF_DOCUMENT_TOKEN_TO_BE_REPLACED