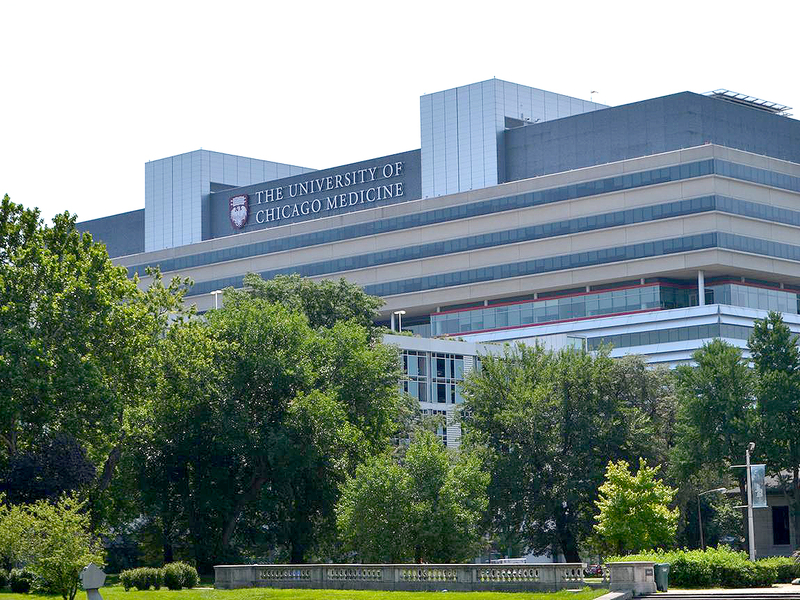 ARMY MEDICS GET TRAUMA TRAINING AT UofC: The Level 1 trauma center at UChicago Medicine will serve as a training ground for 20 to 30 U.S. Army surgeons, nurses and medics ahead of their military deployments.

The Army Medicine Department Military-Civilian Trauma Team Training program, which will officially start up in the fall, makes UChicago Medicine the latest trauma training site for Army personnel to learn how to care for burn victims and patients with blunt or penetrating wounds, according to a statement from the South Side health system.

“As an academic medical center, UChicago Medicine has long been committed to training the next generation of healthcare providers,”said  Dr. Kenneth S. Polonsky, dean and executive vice president for medical affairs at the University of Chicago, in the statement. “Expanding our educational mission to include Army clinicians extends and builds upon that work and, in turn, brings the military’s experience treating blunt and penetrating wounds to our hospital, which benefits our trauma care teams, the broader organization and, ultimately, our patients.”

UChicago Medicine’s trauma program cared for about 4,400 adult and pediatric patients in 2020, up 47 percent from 2019, with a majority of adult trauma patients having blunt trauma injuries from incidents such as car accidents and falls. And an additional 41 percent of the adults had penetrating trauma wounds, often from shootings or stabbings.

CITY WON’T NEED TO CHANGE ANY APPOINTMENTS DESPITE J&J PAUSE: The city will be able to continue its COVID-19 vaccination program without major disruptions in appointment scheduling despite the pause in using the Johnson & Johnson version of the shot.

The federal government has agreed to supply Pfizer vaccine to the mass vaccination site at the United Center parking lot, which had been set to switch to Johnson & Johnson vaccines next week, Chicago’s health commissioner said today.

Meanwhile, the city health department is working to seamlessly switch all the appointments made for Johnson & Johnson to either the Pfizer or Moderna two-dose vaccines, said Dr. Allison Arwady, commissioner of the Chicago Department of Public Health. READ MORE.

COOK COUNTY HEALTH, ADVOCATE AURORA MAKE THE 500K CLUB: Both Cook County Health and Advocate Aurora Health both announced that they had administered their 500,000th vaccine dose on Thursday.

Cook County Health also recorded its two biggest days in administering the vaccines, with 13,592 doses given on Tuesday and 14,910 on Wednesday.

“To be able to hit this milestone in a four-month period is a true testament to the hard work and dedication from county and state staff, as well as the Illinois National Guard,” Israel Rocha Jr., CEO for Cook County Health said in a statement.

RAPID COVID TESTS MAY MISS EARLY INFECTIONS: Rapid-antigen tests are failing to detect the first few days of Covid-19 infections, a period when people are already capable of transmitting the virus, according to a prominent German virologist.

The shortcoming could undermine efforts to use these fast and cheap tests, already widely deployed across Germany, the U.K. and the U.S., to determine if someone can safely enter a place where people are congregating, Christian Drosten, head of the virology department at Berlin’s Charité hospital, said on a podcast.

U.S. regulators this month authorized quick tests made by Abbott Laboratories and Quidel Corp. for use at home without a prescription, opening the door to their wide availability at retail stores. READ MORE.

NEOPENDA GETS CE MARK FOR MONITORING DEVICE, FUNDING: Chicago-based public benefit corporation Neopenda has received $1.4 million in a new round of funding to bring a medical monitoring device to low-resource areas of sub-Saharan Africa, the company said in a statement.

UNIVERSITY OF CHICAGO LOOKS TO TRANSFORM 911: The University of Chicago Health Lab has launched an initiative to rethink the nation’s 911 emergency system, a statement from the university said.

The project, TRANSFORM911, will gather experts to look at ways to redesign the emergency response system to rely less on the police and prioritize better health and safety outcomes, according to a statement. Around $1.1 million in funding comes from Arnold Ventures, a Houston-based philanthropy group, and $100,000 from Microsoft’s Justice Reform Initiative.

“The dedicated women and men who support 911 save countless lives, but the system is designed to default to immediately deploying police officers, when other professionals trained in mental health or other disciplines might be better suited to respond,” S. Rebecca Neusteter, executive director of the University of Chicago Health Lab said in a statement. “Exploring approaches that work better for everyone—including public safety telecommunicators, community members, and first responders—is well overdue.”

CITY MEDAL OF HONOR WINNERS CENTERED AROUND COVID: Chicago Mayor Lori Lightfoot has created a new mayoral award to honor people and organizations that have made extraordinary contributions to Chicago residents. The 2020 awards are particularly focused on contributions during the pandemic and include several health care professionals.

“As we begin to see the light at the end of the long, dark COVID-19 tunnel we’ve been in, it is vitally important for us to take the time to recognize and honor those who have gone above and beyond the call of duty to support our city,” Lightfoot said in a statement.

CHICAGO (CBS) – It’s a special Thanksgiving morning in the loop. After two years, a Chicago tradition returns. The Chicago Thanksgiving Parade returns Thursday and will feature the traditional, large … END_OF_DOCUMENT_TOKEN_TO_BE_REPLACED