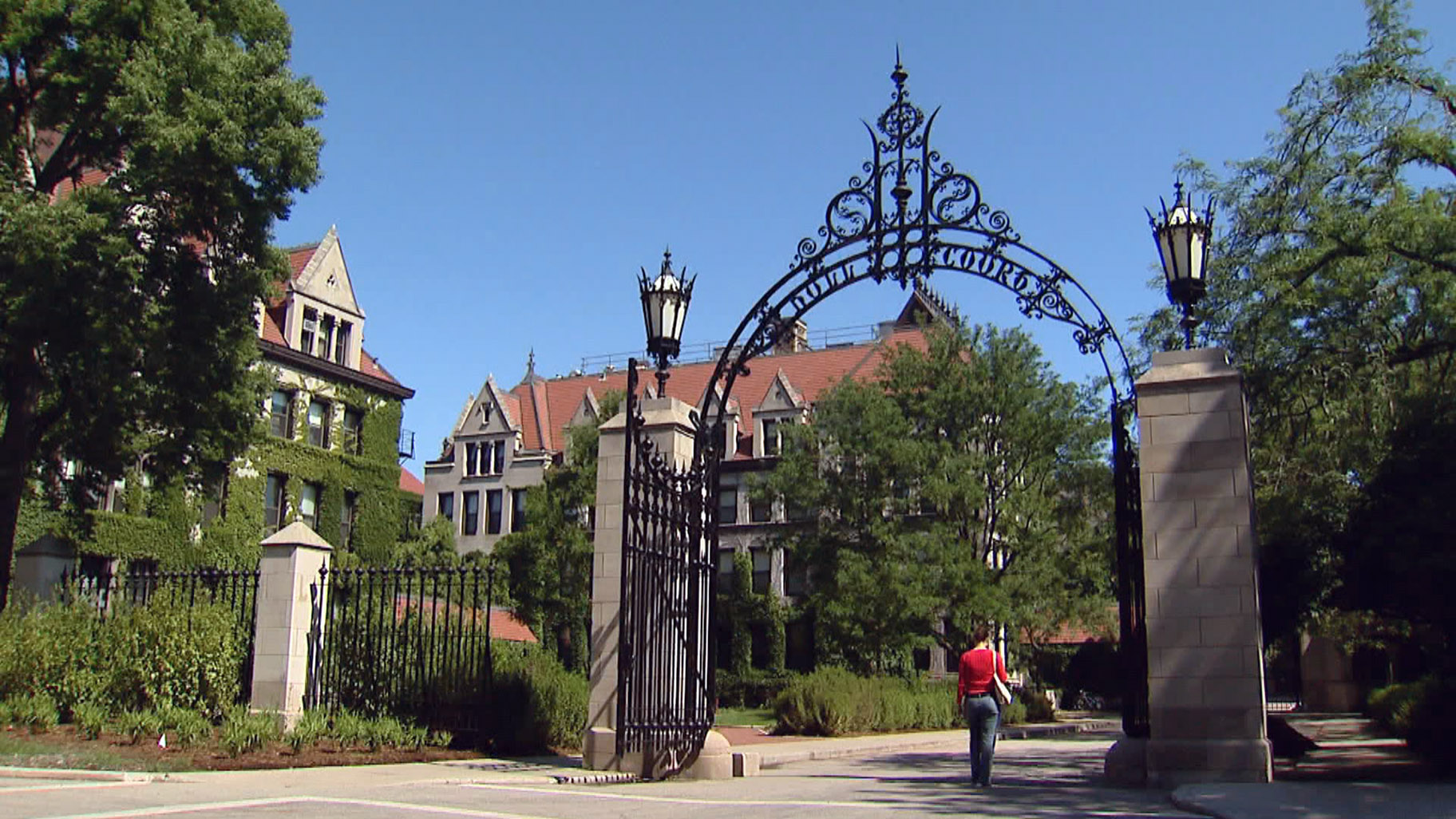 Over the past two decades, some of America’s most prominent universities have had to reckon with their ties to the nation’s original sin — slavery. For the last several years, the University of Chicago has faced calls to make reparations for its ties to the slave trade. The university says it was a prior iteration of the school that benefited from slavery, not its current incarnation — but that hasn’t quieted calls for UChicago to acknowledge history and make amends.

The first school known as the University of Chicago was founded in 1856 by former Illinois Senator Stephen A. Douglas. When his father-in-law died, he left Douglas’s wife a plantation and enslaved people. Douglas got a portion of the proceeds.

“With that, Stephen A. Douglas was able to get into the Chicago real estate market,” said Caine Jordan, a UChicago graduate student studying African American history. “Then he starts to get into philanthropy. One of the organizations he gives money to is this upstart Baptist organization, and that is called the University of Chicago.”

Douglas gave them a ten-acre plot at 35th and Cottage Grove and served as the first president of the Board of Trustees. But when Jordan started asking if UChicago had ties to slavery, the response he heard was: “’The university started in 1890. Obviously, it’s a post-slavery institution, there can’t be any ties to slavery.’ But then once we started looking into it, we found yes, there were indeed ties to slavery.”

Douglas died in 1861. In a statement to WTTW News, a spokesperson for the school said “the University of Chicago that exists today was founded in 1890. The earlier university was founded by Douglas in 1856 and financially collapsed in 1886, with no endowment and its land and buildings foreclosed by creditors.”

Jordan says Douglas played an “integral” role, arguing that the old university borrowed heavily against the donated land —  and re-formed itself as a new entity to get out of debt. But Jordan says without the first iteration of the school, “you just don’t get the reputation, you don’t get the volumes and volumes of books, you don’t get the donor networks.”

The university is firm that the old and new are separate institutions. In July 2020, the school removed a stone from the old university and a bronze plaque honoring Douglas, donated by the class of 1901 to “show that the founder and father of the old is given credit for his peculiar part in the inspiration for the new.”

“At many institutions, there’s a kind of discomfort sometimes,” said Northwestern University professor Leslie Harris. She studies African American history and is co-editor of “Slavery and the University: Histories and Legacies.”

“Everything in the United States is rooted in the history of slavery,” Harris said. “Any institution that we think of that is founded during, and even for a significant period of time after, the slave trade is rooted in the money, the wealth that was produced by slavery.”

Harris says schools like Brown, Emory, Harvard and Yale have had to reckon with their ties to slavery in recent decades.

“With the arrival of a much more diverse faculty and student body, they have different questions,” Harris said. “They want to know, ‘Where were we? Are there people like me who were here before?’ And of course as you go back in time, the people for some of them who were ‘like them’ were enslaved people.”

Some schools profited from the slave trade. Others used enslaved labor to build or staff their campuses. Harris says different universities have taken different approaches, but that schools shouldn’t run from their pasts.

“A lot of people are worried or afraid of reparations. ‘Does this mean descendants of enslaved people just get a check? Is that going to take something out of my pocket?’” Harris said. “We need to really think about the word ‘repair’ that is part of this word ‘reparation.’ How do we create institutions that address the future we want to move into?”

In its statement to WTTW News, UChicago highlighted its community work — college readiness programs, health care, supporting businesses and nonprofits. Last year, the school launched the Council on UChicago/Community Relations to tackle the sometimes-fraught relationship with the surrounding neighborhoods and find ways to build bridges. UChicago’s council includes faculty, staff, students and community members. Its first meeting was in April of this year.

Chicago Shooting News Live: A gunman on a rooftop opened fire on an Independence Day parade in suburban Chicago on Monday, killing at least six people, wounding at least 30 and sending hundreds of … END_OF_DOCUMENT_TOKEN_TO_BE_REPLACED

The real estate industry is beyond crowded — it seems like agents are popping up everywhere and taking aim at your clients. So, how can you cut through all that noise to stand out? You’ve got to … END_OF_DOCUMENT_TOKEN_TO_BE_REPLACED

Chicago Mayor Lori Lightfoot confirmed to the New York Times that the Chicago Police Department is assisting in the response and investigation.  “Law enforcement is working hard to bring the shooter … END_OF_DOCUMENT_TOKEN_TO_BE_REPLACED