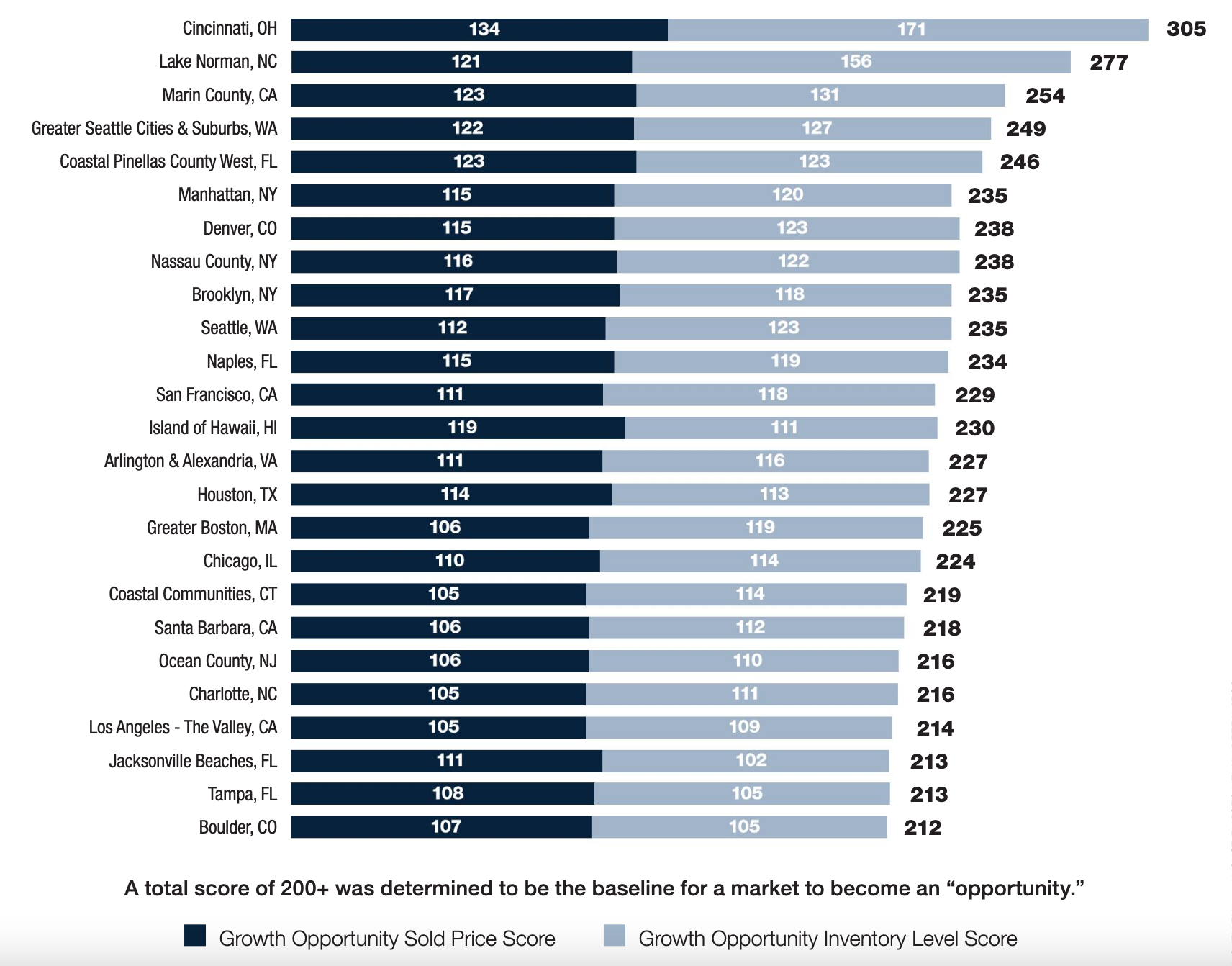 Across America, as pandemic fears waned, there was a renaissance in city living. This was particularly true in Chicago last year, according to Coldwell Banker’s annual survey of the global luxury market, “The Report 2022.” Like most other metro areas, Chicago experienced an unprecedented boom during the spring of 2021 as buyers searched for larger — luxury — homes to invest in.

A luxury home is defined by Coldwell Banker as one that’s priced in the top 10% of its given market. It’s according to that parameter that the Institute for Luxury Home Marketing provided data for the report, analyzing 120 U.S. markets with a focus on March to June of 2021: a historic period of homebuying.

During that time, national single-family homes sales were up 77.2% from the year prior while attached-home sales were up an astounding 98.8%. And while that anomaly is in large part explained by the start of the pandemic, prices also continued to rise from 2020’s high levels — especially for luxury homes. The median price of a single-family luxury property nationwide rose by 20.3% from 2020 and by 29.3% from 2019.

And while many high-end buyers sought so-called “escape houses” — ski towns and coastal locales saw a significant bump — another demographic emerged, too: those who missed the vibrancy of city living. In what the report calls an “urban resurgence,” major metros saw homebuyers rushing back to high-density areas. This was especially evident in Chicago, which had previously experienced among the most extreme migrations to the suburbs.

In Chicago proper, the number of sales grew 55.9% in 2021, with the median sales price increasing 6.2%. In turn, urban construction is on the rise. “After being on hold for a while with COVID-19, we’re seeing developments moving forward and selling in the West Loop and River North, areas that took a hit over the last two years,” Dawn McKenna, team leader of the Dawn McKenna Group in Hinsdale, said in the report. She noted however, ongoing struggles in other high-demand areas. “The issue in areas like Lincoln Park and Lakeview is finding the land to build,” she said, “but those that are built tend to sell out pre-construction.”

The Windy City was certainly not immune to the widespread squeeze on inventory, with the median number of for-sale homes dropping 5.9% monthly. And McKenna, who is based primarily in the suburbs, noted that this problem also stretches beyond the resurgent core.

“In Chicago’s North Shore and western suburbs, we have incredibly low inventory and a ton of buyers,” she explained. To combat this, McKenna said that she and her team actively contact potential sellers, aiming to better understand the circumstances that would make them move. “We are working to create the supply by educating our sellers on the current market conditions,” she says.

Because, even despite the reverse exodus, Chicago’s suburbs remain key ground in the luxury market. “We had even more buyers looking to move to the North Shore from the city in 2021,” said Annie Lenzke and Katie Moor, agents with the Dawn McKenna Group. In addition to easy commutability, those affluent outskirts offer more space, both indoor and outdoor, which remains a primary motivator for post-pandemic shoppers.

The report also includes a specialized Opportunity Index highlighting which markets have room to grow — and houses to purchase — in 2022. Comparing the year-over-year percentage price increase against an area’s current level of inventory, the index determines, theoretically, the potential of each market. And according to that metric, Chicago is among the top 20 metros for real estate opportunity when it comes to both single-family and attached homes: ever the comeback city.

Gov. J.B. Pritzker on Wednesday signed into law legislation that bans so-called "ghost guns" across Illinois, making it the first Midwest state to do so. House Bill 4383 aims to crack down on "ghost … END_OF_DOCUMENT_TOKEN_TO_BE_REPLACED