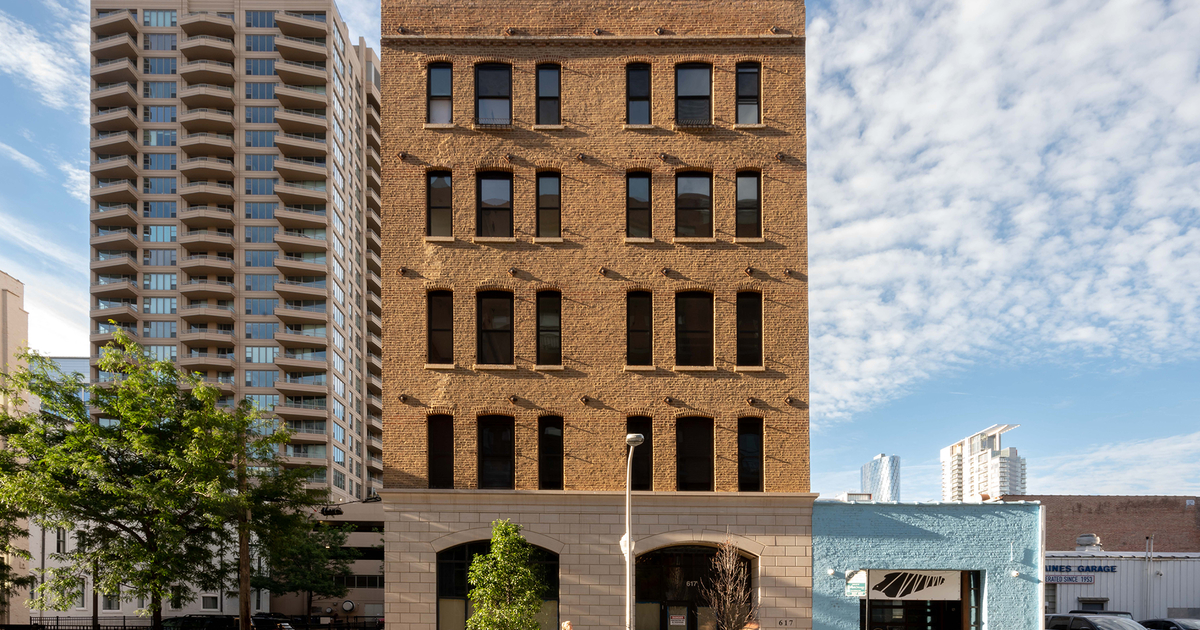 Although it’s not yet a common way to buy, “there’s absolutely a market for buying like this,” says Joanne Nemerovski, a Compass agent. Nemerovski, who has a long career in Chicago’s luxury home market, is not affiliated with Vinci Life. “There are people who don’t come downtown all the time but don’t want to stay in a hotel when they come. They want to live less like a tourist and more like a neighborhood resident. I think this is how second-home buying is going to be done in the future.”

David Gamperl, a longtime Chicago real estate investor now living primarily in Santa Barbara, Calif., is the investor backing Vinci Life. Among the possible buyers he envisions are “the suburban empty-nesters who maybe are hesitant to sell their house in Winnetka and move into the city full time, but they want that energy I saw this weekend in Fulton Market, going to a Cubs game, going to the Elton John concert.”

These aren’t timeshares, where buyers purchase rights to use a property. These are actual purchases of real property, by a group of eight shareholders. “You actually own a piece of real estate, not time,” says Matt Laricy, the Americorp agent representing Vinci Life’s Fulton Market condos. Not using your share as much as you planned? Sell it like any piece of real estate, Laricy says. You’re not handcuffed to a contract, as many timeshare buyers found they were.

There is risk. One is that co-ownership becomes the latter-day equivalent of the “hotel-condos” developed or proposed downtown in the early 2000s, almost all of which went bust because the expense and complexity turned buyers off. Another is that, unlike owning a vacation house with siblings, shareowners who have no ties to their fellow owners could turn out to be troublesome co-owners. (Not that sibling co-ownership is always a breeze.) Gamperl says working out disputes between shareowners is largely Vinci Life’s responsibility.

The Fulton Street condos are in a building that Gamperl owns outright. Other properties displayed on Vinci Life’s website, such as a newly built six-bedroom, 6,000-square-foot mansion on Orchard Street in Lincoln Park, are owned by other people who have them listed for sale and which have been identified by Vinci Life as having good potential to work as co-ownership properties. If Laricy lines up buyers for three shares in a property, Gamperl says, Vinci Life will buy it and work on selling the remaining shares.

Nemerovski is the seller’s agent on one of those properties, a mansion on Cedar Street priced at just under $6 million. She’s aware of Vinci Life’s interest, and says the seller would accept an offer from Vinci Life, “just like any other qualified offer from a buyer.”

The marketing effort started in mid-July, Laricy says, and no buyers have taken shares in Chicago-area Vinci Life properties yet. No money changes hands until share purchasers are lined up, he says.

If a property sells all its shares, Vinci Life will stay on as property manager, handling maintenance, utilities, furnishings and other details. That’s the expected source of its income. Vinci would collect about $895 a month on a one-eighth share of a condo in the Fulton Market building. That amount covers taxes, utilities, maintenance and other expenses typical of homeowners associations, with about $91 left for Vinci.

Down to its play on an artist’s name, Vinci Life sounds a lot like Pacaso, a San Francisco-based leader in the co-ownership business. Launched in 2020 with vacation homes in places like Palm Springs, Calif., Hilton Head, S.C., and Breckenridge, Colo., Pacaso sold 400 units in 2021 and 200 so far in 2022, according to Whitney Curry, the firm’s chief marketing officer.

Co-ownership, Curry says, “is not new. Siblings who inherit a lake house from their grandparents: That’s co-ownership.” The modern spin that Pacaso, Vinci Life and others put on it is that a buyer doesn’t have to round up friends and family to buy the other shares. Pacaso and Vinci Life offer shares on the multiple-listing service, like any other for-sale property.

Another modern component is that scheduling is all done on an app. Nobody has to call a meeting to sit down with a calendar and mark out each shareowner’s preferred times for using the home. “It’s more efficient,” Curry says. Owners can call dibs on holidays or other special dates, but only on a rotating basis.

Gamperl says his firm having a similar name to Pacaso is “a coincidence. We had a marketing study that suggested three names, and Vinci Life is the one I picked.”

One of the New Buffalo homes Vinci Life lists as a potential property is a six-bedroom lakefront mansion priced at a little under $7 million. A one-eighth share bought with Vinci Life is just under $945,000. Spending $945,000 to get a $7 million setting “makes living on the lakefront possible when our lakefront prices have been rising so much,” says Liz Roch, an @properties Christie’s International Real Estate agent who’s representing the shares Vinci Life is offering in New Buffalo homes.

Roch says sellers wouldn’t be surprised by offers from a co-ownership firm, as many homes in the second-home mecca “are owned by families or groups of friends in LLCs (limited liability companies).”

Both Vinci Life and Pacaso say that an advantage of co-ownership is the relative ease of selling because it’s real estate and not something abstruse like timesharing. As a brand-new startup, Vinci Life has no data on sales. Pacaso is young, too, but Curry says shareowners’ resales so far have gone in an average of 12 days at an average gain of 12% for the seller. She declined to say how many resales there have been.