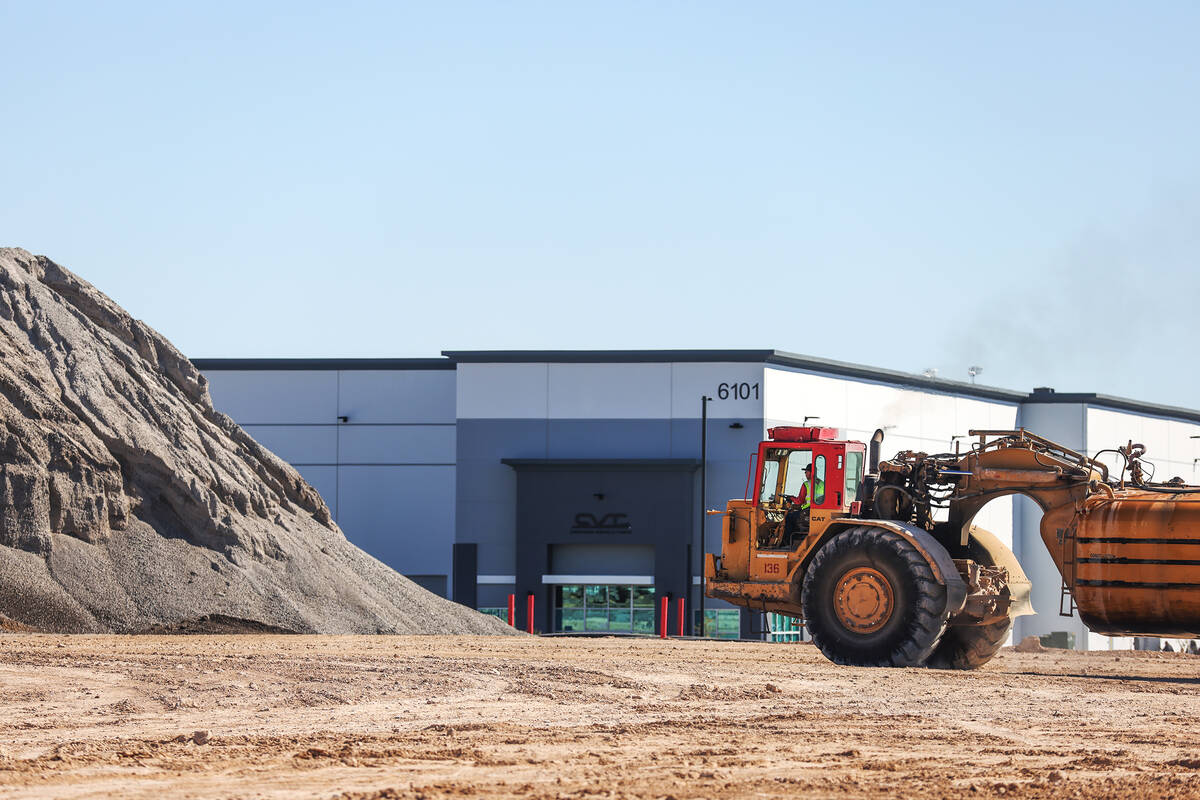 A Chicago real estate firm broke ground on a big industrial building near the Las Vegas Motor Speedway, the latest such project in an area that’s been flooded with big-box development.

CA Ventures announced last week that it started construction on a 408,566-square-foot distribution facility called Nellis Landing Logistics Center. The one-building project is scheduled to be finished in July 2023.

Located off Tropical Parkway near Interstate 15, the facility is being developed in partnership with German asset manager DWS Group.

According to a news release, the project site is in the “epicenter” of e-commerce and logistics in the southwest.

The Speedway area has been an especially popular spot for warehouse construction lately, though according to real estate pros, land prices there have soared and the tally of available project sites has shrunk.

Underscoring that area’s growth and the rise of e-commerce, online retail giant Amazon has multiple big buildings near the Speedway. At least three of them traded hands within the past five years.

Amazon’s buildings all sold a year or so after they were built, and the prices skyrocketed.

A Boston investment firm acquired an 857,000-square-foot Amazon warehouse for $226.4 million in April as part of a two-building acquisition at Tropical and I-15, property records show.

Advocates staged a tent city in the lobby of City Hall during Mayor Lori Lightfoot's budget address on Monday, Oct. 3, 2022, calling on Chicago to provide a dedicated stream of funding to tackle the … END_OF_DOCUMENT_TOKEN_TO_BE_REPLACED

The candidates face off Dec. 6 in the final Senate contest of the 2022 midterms because neither surpassed 50% of the vote in the general election a little more than two weeks ago, which included a … END_OF_DOCUMENT_TOKEN_TO_BE_REPLACED