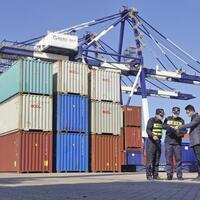 The US government has confirmed it will continue enforcing the tariffs on Chinese goods imposed by former president Donald Trump, following hundreds of requests from American companies.

President Joe Biden had been considering how and whether to remove some of the tariffs by his predecessor, amid pressure to offer some relief to soaring U.S. inflation.

But his team was divided, with U.S. Trade Representative Katherine Tai pushing to keep the punitive duties in place.

The tariffs could have been terminated on their four-year anniversary dates – July 6 and August 23, respectively, for the two rounds – if there were no objections from domestic firms, but they remained in force while USTR awaited comment as part of the scheduled review.

That next step will include time for further comment from stakeholders and consideration of “the effectiveness of the actions in achieving the objectives,” USTR said, without providing details on the timing or the criteria.

The statement noted that the Biden administration could make changes and the final decision will weigh “the effects of such actions on the United States economy, including consumers.”

Trump imposed tariffs on about $350 billion in annual imports from China in retaliation for Beijing’s theft of American intellectual property and forced transfer of technology.

Tai has said she was reluctant to give up the leverage the tariffs provide, while Treasury Secretary Janet Yellen has argued that some of the duties “serve no strategic purpose” and reconfiguring them could ease inflation, which has reached a 40-year high and is squeezing American families.

CHICAGO (CBS) -- Chicago Police are looking for a man who tried to kidnap a woman in the city's West Loop but was thwarted by some good Samaritans. This is at least the second time this has happened … END_OF_DOCUMENT_TOKEN_TO_BE_REPLACED

Illinois homes sold somewhat faster in August 2022 than in the year prior, even as median prices rose statewide, according to new data from Illinois REALTORS®. Though statewide home sales were down … END_OF_DOCUMENT_TOKEN_TO_BE_REPLACED

“I’m not one to really tell people what to do,” said Kennedy, 35, who lives in Milwaukee and works in software sales. But if a friend tried to order a delta-8 drink, “I would tell them, ‘Absolutely … END_OF_DOCUMENT_TOKEN_TO_BE_REPLACED