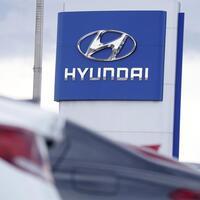 South Korean automaker Hyundai Motor Group is expected to announce next week that it’s building a massive electric vehicle plant near Savannah, Georgia, according to a U.S. official familiar with the anticipated announcement.

Hyundai is finalizing those plans as President Joe Biden is set to travel to South Korea next week as part of his first visit to Asia during his presidency.

The White House and Hyundai have been in discussions about the project, which is expected to bring thousands of new jobs to Georgia, and the formal announcement is likely during Biden’s scheduled May 20-21 visit to Seoul, according to the official.

The official stressed though that details of the formal announcement are still being worked out.

The plant could grow to include 8,500 employees, would be built on a 2,200-acre site, said two people familiar with Georgia’s talks with Hyundai.

The second person said Hyundai would invest more than $7 billion and could also build some cars powered by gasoline engines at the site, with an announcement in Georgia set for May 20.

It would be the second huge electric vehicle plant announced in Georgia in less than a year.

Rivian Automotive in December announced it would build a $5 billion, 7,500-job electric truck plant about 70 kilometers east of Atlanta.

SENECA, Ill. — 15 people were injured in a boat fire in Seneca on Saturday afternoon, with one person suffering serious injuries, police said. According to Illinois State Police, troopers responded … END_OF_DOCUMENT_TOKEN_TO_BE_REPLACED

Vallas was CEO of Chicago Public Schools from 1995 to 2001 and served as city budget director under former Mayor Richard M. Daley. More recently, he worked as an unpaid consultant to the Fraternal … END_OF_DOCUMENT_TOKEN_TO_BE_REPLACED

As we continue our look at the candidates running for office this summer, we’re turning our eye toward Illinois’ 2nd Congressional District, where incumbent Rep. Robin Kelly is hoping to be elected to … END_OF_DOCUMENT_TOKEN_TO_BE_REPLACED